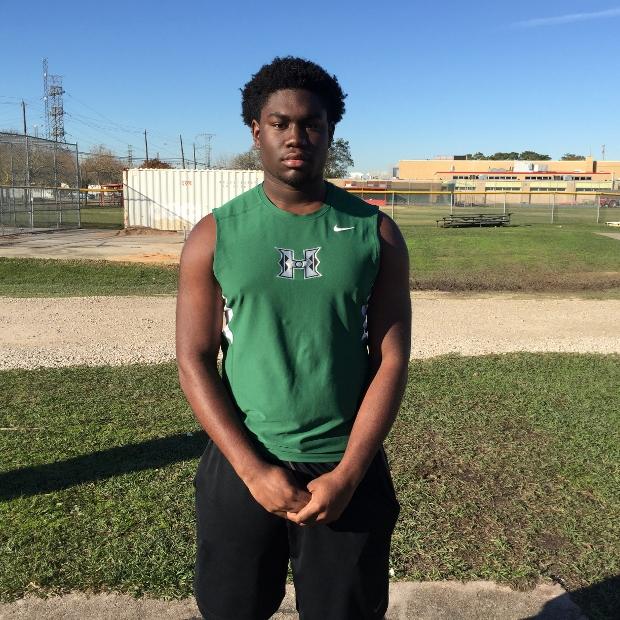 Ft Bend Hightower's Gabe Oladipo is one of the state's  top throwers excelling in both throw events.  Oladipo is a shot put medalist, as well as making Team USA for the World Youth games in Cali, Colombia.

TX MileSplit:  Last year, we saw you throwing well early in the season, but at the Victor Lopez meet we really saw you start to crank things up to another level in both the Shot Put and the Discus.  What was it that jumped started your performances to reaching the "elite" level type throws.

Gabe:  I was wrapping up with baseball season, which ran at the same time as track season.  It gave me more time to really focus and prepare.  I have always been a fierce competitor, so when I was faced with great competition my competitive spirit helped me push myself to another level.

TX MileSplit:  At the state meet, you placed second in the shot but only 5th at the Discus.  How was it that you qualified for the USA World Jr. team in the discus?

Gabe:  The discus competition was VERY close with the distance between 1st and 5th place being only 6 feet.  It was a PR for me, but I think given another throw anything could have happened.  I was able to learn from that and refine some things technique wise that I needed in order to be successful.

TX MileSplit:  Talk about your experience with Team USA and Cali, Colombia as well as the 192-2.75 throw in that competition.

Gabe:  Competing in the World Youth Championships was an amazing experience that I look to duplicate this summer for Juniors.  Believe it or not, the 192 throw was not a big deal to me because I field like I had the potential to go much further (my dad and coach would co-sign on that).  However, it did feel VERY good to hit the automatic qualifier.

TX MileSplit:  What are your goals for this upcoming season?

Gabe:  My goals for this season are to hit over 20m in the shot put and break the state record in the discus, which is 208 feet.

TX MileSplit:  Which event is your favorite and why?

Gabe:  I don't really have a favorite, both events are very fun to compete in.

TX MileSplit:  As we know, you are one of the top throwers in the nation.  However, you also have to complete locally against two other nationally ranked throwers from the Houston area.  You have Adrian Piperi from the Woodlands and Blake Kuithe from Katy Cinco Ranch to battle with as you guys did at the state meet last year.  Talk to us about the history of competition between you guys' and the relationships.

Gabe:  I was kind of late to the party when it comes to these two.  I started club track in 2012 and have competed with these two guys from the start.  Having two other elite competitors to push me from the beginning may have been tough, but it was the best thing for me.  We continue to push and get the best out of each other to this day. 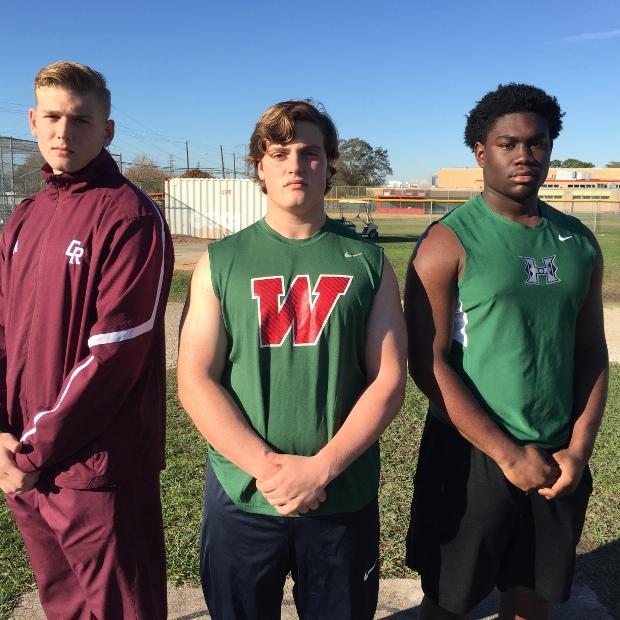 Gabe:  Superman.  He and I are made from the same mold, so I have confidence in his abilities.es.