Why: Prosper and Frisco Liberty have been highly ranked all season in the 5A polls and they definitely threw down at the highly anticipated Region 2-5A race. Prosper took the victory with a close 51-63 score. Liberty looks to take the big prize in Round Rock, but Prosper looks to be primed and ready for the rematch and ready to improve on last year's third place finish. 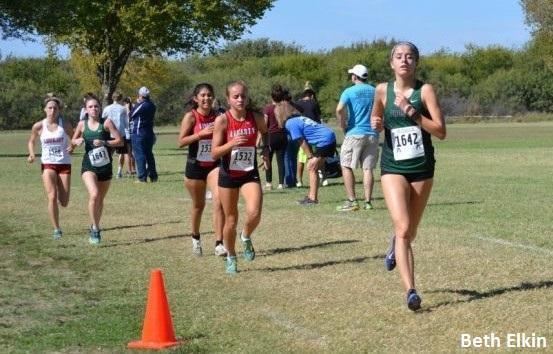 Prosper and Liberty girls compete at Region 2-5A

Also looking to battle for the team title are a couple of Region 1-5A teams. Leading the contigency is Canyon Randall. They have been ranked #3 in the Saucony Flo50 5A rankings most of the season. Randall took the regional title over cross town rival Canyon and defending State Champs Grapevine. Randall placed second last year and will be in the hunt to take this year's top spot. All three of these Region 1 teams have a legitimate shot at a top three finish, but will one of them actually have the juice to take the over all crown?

Region 4 has some quality teams that could also have a shot at a trophy. Boerne Champion won Region 4-5A with a 1-2 individual finish from their top runners.They definitely need another strong performance from them at State if they want to improve on last year's 13th place team finish. Dripping Springs and Marble Falls have been in the upper half of the 5A rankings the last couple of weeks the season. At regionals, Dripping Springs #1 runner was in the lead pack and finished top five overall and the 2-4 runners finished right after each other. They will need a clutch performance from their #5 runner if they want to get on the awards stand. Dripping Springs was fourth at last year's meet and they will be looking to move up the ladder. Marble Falls has been juggling their line up due to injuries and sickness throughout the season, but they still managed to climb the 5A rankings. They have been running as a tight pack all season until regionals. If the Mustangs can get the pack back then we can potentially see them on the awards stand.
Individuals:
London Culbreath, Gracie Morris, Lauren Edwards, Carrie Fish, Karyss Betzen, Binta Ka 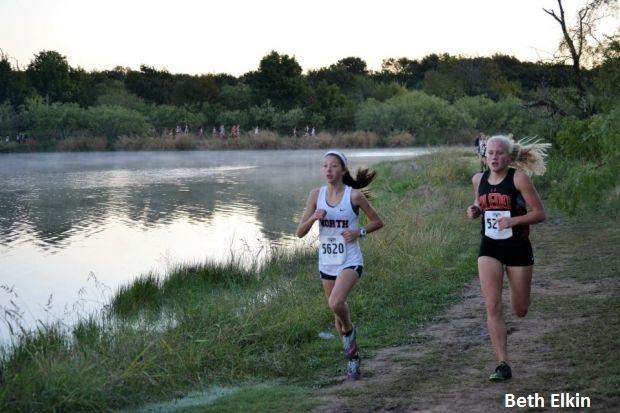 London Culbreath and Gracie Morris Compet at Southlake Dragon XC Classic
Texas ushers in a new generation of Texas Distance Stars
London Culbreath and Gracie Morris are both freshmen, but if you ask me, they are two of the heavy favorites. Culbreath won Region 2 and has yet to lose all season. With wins at big time meets like McNeil and the Carroll Dragon XC Classic, Culbreath has shown poise beyond her years. Morris was fourth at Region 4, but began her freshman campaign on the big stage with wins at Marcus I and Southlake Inv. They went head to head at the Carroll Dragon XC Classic going 1-2. This will be their first State meet showdown and they could have plenty of company from some of the oether girls.
Karyss Betzen is the top returner from last year, when she placed third overall. Betzen of Canyon Randall will be looking for the individual title as well as trying to lead her squad to a top finish. Lauren Edwards from Grapevine placed ninth in last year's meet. She will also be looking to jump several spots individually, as well as help her team defend their title. Binta Ka is no stranger to the State meet. Look for Ka to mix it up with the other top girls.
5A Girls Meet Preview I 5A Boys Meet Preview
Home
Tweets by TXMileSplit