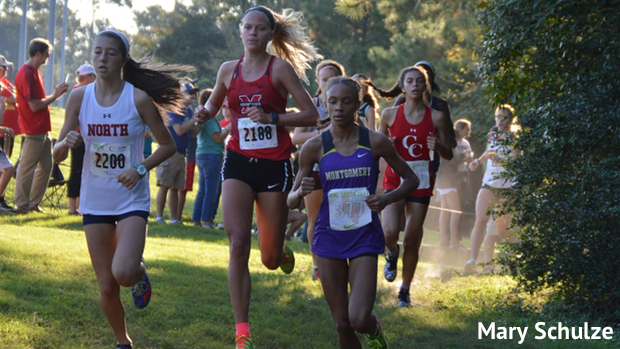 The 2017 Nike South Invitation went off script this year. Entries were in on Wednesday and races were all set to go.

Then, on Thursday, word travelled that the 2017 McNeil Invitation, one of the biggest and perhaps the most popular meet in the state was suddenly cancelled. With just two days until race day, rain received and forcasted for the rest of the week in the Round Rock area were enough to cause concerns for the course and parking.

Think again. Registration for most meets end on Wednesday of each week and word about the McNeil cancellation didn't come until Thursday morning. Also, many teams travel from all across the state to McNeil and have to make travel arrangements including but not limited to hotel accommodations. Needless to say, hotels weren't thrilled about cancellations. Teams from Dallas and Southwest Texas had to make new accommodations on the whim.

Yes, it's true, the McNeil Invitational is cancelled. https://t.co/fhbdUbl0KP Take the POLL to tell us what you're going to do now. pic.twitter.com/laoYkUCFBR

For meet organizers all across Texas, the calls came in with at a fast rate. Coach Juris Green from The Woodlands said, "By the end of my first Biology class, I had like 60 texts and messages." Coach Green and his The Woodlands staff run the Nike South Invitational. "I first had to get with my coaches and see how we could figure it out without taking advantage of our registered teams."

Coach Green has been on the other end of things this season. His team has had several meets cancelled this season due to Hurricane Harvey related effects. "We kind of know what it's like, and who needs that. If there was anyway we could help them, we were going to."

Help out is exactly what they did with the Nike South Invitational by enabling McNeil registered teams enter. In fact, it was easier than you would think. The coaches at McNeil called, they and The Woodlands staff all worked things out for the teams that could make it there. Per Coach Green, "It was easy. They use Run Far Racing Service Timing and so do we. They were already in the system, Run Far Timing brought the bibs that they had for McNeil and we just created a Varsity race specifically for the teams that were registered for McNeil. We put a few of the teams and runners in the Elite race", but that was it.

From there, it was up to the runners.

The first race of the day was the Varsity boys. Langham Creek junior Jaron Smith and The Woodlands College Park junior Dillon Ha both ran valiant races as they pretty much helped lead the race. However, it was the group from The Woodlands who dominated the race. They were led by senior Brendan Scott, who led a full contingency of Highlanders who put five of their runners in the top ten.

Mercedes junior Soledad Cruz pulled away from the other girls in the race and finished with a 21 second win. She was followed in third by Stephanie Brown of College Station and steeple chase star Emily Chastain from Plano Prestonwood Christian.

College Station had a dominating performance as they placed their top four runners in the top ten. Their team total was only 30 points as they went for a 20:50 team average and a 59 second 1-5 split.

The teams that came over from McNeil were waiting on their chance to burn up the Nike South course. Well, when they got the opportunity, they didn't disappoint.

La Joya Palmview all-state distance star Brianna Robles ran away with the victory. She had an early challenge from Magnolia West sophomore Peyton McQuillan who hung in there as long as she could, but the UIL 6A medalist proved just a little too strong.
Robles wasn't the only Palmview runner who had herself quite the day as two of her teammates were able to crack the top ten leading their team to 65 point total team victory with a 20:12 team average.
The boys side saw a four man battle going on at the front. Cypress Springs junior Allen Gonzalez was able to come away with the victory winning by a four second margin. Gonzalez was followed closely by Laredo United senior Nicholas Ryan Martinez. After the top two, it turned into a Harlingen party with the next three spots being captured by Harlingen runners.
Harlingen runs to the team title as the finish with 48 points and 16:48 team average and 1:13 1-5 split.

The Nike South Elite girls race had many of Texas fastest runners including the fastest. When the race took off, there was a pack of five girls through the mile. McKinney North sophomore London Culbreath, the top girl in Texas, began to create a gap on the rest of the field as the race continued. When all was said and done, she finished with a 17:29.20 for her second fastest time of the season.
The team battle came down to two district rivals of Flower Mound and Flower Mound Marcus. Flower Mound took the slim six point victory 81 - 87.

The boys elite race was very similar to the girls. Several big time boys were competing and it came down to a decisive move. That move was made by none other than Flower Mound star Alex Maier. Maier led the talented field through the course and covered the 5K ground in 15:18.80. Not too far behind Maier was his sophomore teammate Jarrett Kirk who out sprinted The Woodlands senior Gavin Hoffpauir to the end.

That was just the beginning for The Woodlands as they place four of their runners in the top ten. When the #5 runner crossed in 15th place,  they had accumulated on 38 points in an average time of 15:54 and a mere 38 second.