So, some of the Texas MileSplit audience may be too young to know about Where's Waldo or Where in the World is Carmen San Diego, but how about Where is Wes McPhail?

Wes McPhail isn't a character in a game or on a cartoon or show, but he is an senior All-State distance runner from Amarillo Tascosa.

He has been MIA (missing in action) for most of the 2017 cross country season. There was a McPhail siting the first week of the season back on August 25th at the Hebron Friday Night Hawk Invitational. In that race, he won the two mile run in 9:26.30.

Since then, things just went silent. There were no McPhail sitings on any courses, in the results, or anywhere for that matter. The rest of the state has gone through hurricanes and meet cancellations and still made it back to action before Wes McPhail raced again.

The competitors that he beat in the first meet have gone on to enjoy successful cross seasons. Adam Dayani took second place to McPhail at Hebron has gone on to collect several individual wins and top 5 places at some of the biggest meets of the year and he has been one of the top runners in the state. He placed higher than every Southlake Carroll runner at Hebron and they have gone on to run extremely well becoming one of the best teams in the state and nationally.

What happened to Wes

Right after his race, on the opening weekend of the season, McPhail went swimming and got injured, "I hurt my back probably by physical trauma from cannon balling into the short end of a pool." As we all know, back injuries are no joke and have kept some of the best athletes across the sports spectrum out of competition. "It was probably an 8.5 on pain scale. It completely put me out for two weeks with absolutely no running lifting biking swimming."

McPhail, who has been one of the top Texas distance runners for the last four years definitely had to have high expectations for his senior year. At the start of the season, he was one of the favorites to challenge Alex Maier for the UIL 6A state title and to have some of the best odds to individually qualify for NXN. 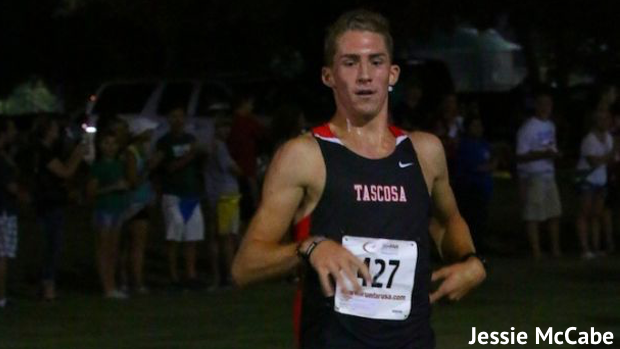 After being out for over a month, He is back (no pun intended). McPhail returned to competition on September 30 at the Canyon Invitational and he was surprisingly good for a guy who is weeks behind the competition. "My first meet felt great. We wanted to take it out easy just to get back in to the feel competing." I'd say he felt great, he won the meet in his first action back by over 20 seconds. It's not like he out ran some average guys. He finished ahead of some fresh legged and talented freshmen who are two of Texas' best in Edwin Gomez of San Elizario and Samuel Ashley of Canyon. Also in that race were the rest of San Elizario's talented crew and Plainview's talented senior Sergio Lara.

He then followed that up a week later with another win at the Odessa Invitational in 15:30. "I believe I executed exactly like we wanted and I came out with a great time for my first meet."

We now know where we will be able to find McPhail as the championship season is here. This will be his last go around as a high school athlete and he has no interest in laying down just because of the injury and time off. "My fitness is great right now and I am not going back on any of my goals, I believe I'm being very reasonable and I intend to give everything to attain them."

Keep an eye on McPhail to see if he can qualify once again for the state meet and for NXN or Foot Locker Nationals.