What is the cut-off going to be for Luling? They  continue to do the unthinkable and rack up state title after state title. With a state meet that saw several repeat champions, The Long Green Mile definitely sets the bar high.

Success breeds success as the 2018 senior class will mark another class of Luling runners who will graduate having won a UIL Texas state cross country title every year of their high school career. The Luling coaching staff of Brady Hand and Mike Barnett made sure to keep their streak alive.

Senior leader Buster Roberts came into the state meet being a little week as he battled a stomach virus over the last several days, but there was no way he was going out like that. He put together a race strong enough to edge junior teammate Edwin Zamudio for the runner-up spot. Zamudio improved his PR by 43 second from last season to do his part in earning the win. They weren't the only ones destined to add another state title to the streak. Senior Leonardo Reyna made it a trio of Luling runners in the top ten with his 16:02 and seventh place finish.

Luling's focus is always just the next race. Their next race happens to be the NXN South Regionals and their goal is a trip to Oregon for the NXN national meet.

In the end, their 16:10 team average and 43 point total was plenty enough to grab another trophy to take back to Luling, USA. Second place went to Tornillo for the second consecutive year. Tornillo's tough and hard nosed running was too much for everyone to handle except for Luling. 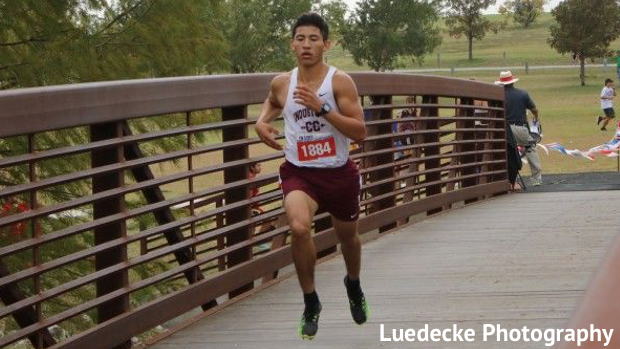 Also in the team race, we saw the third and final trophy be decided by the 6th man. Pilot Point and Eustace both ran impressive races, only to end up in a tie. The tie breaker went to Pilot Point as their sixth runner barely edged Eustace's sixth 63-65 in a race that couldn't get any closer.

Individually, Vanderbilt Industrial junior Kevin Baez took the individual crown over the Luling duo of Roberts and Zumidio with a 15:39.52.

2017 UIL 3A State Meet Preview: Luling,Tornillo, Or The Field?