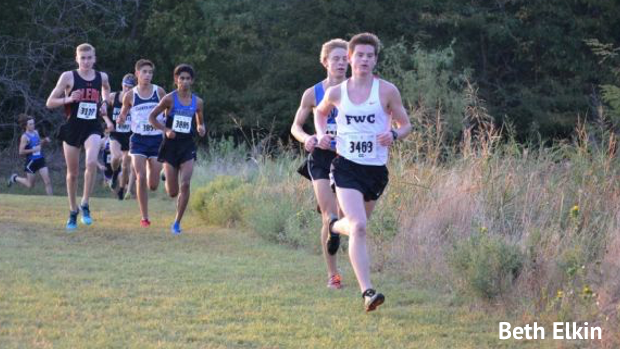 This weekend's Nike Cross Regional South meet will be as good as they come. The boys race could be the best and most competitive race all season. There will be all kinds of motivating factors for almost every athlete and every team.

There will be the unknown like, how will Alex Maier rebound from the state meet? How will Jarrett Kirk perform now that he is legitimately out of the shadows and a bonafide favorite? Did someone cut the cheese? No, but that won't stop me from mentioning him -- Carter Cheeseman will definitely be in the house and we will have the Cheeseman/Maier matchup we've been waiting to see since Cheeseman arrived to Texas. Will their first match up be as explosive as once thought? Well, add in 5A state champ and new member of the sub 15 5K club Graydon Morris and this is bound to be a heck of a race. One more element to add....there are always kids who either don't want their season to end because they want that national level exposure and experience and the ones like Pete Johnson and Wes McPhail who put their all into their last race and either had their body not give any more or they just miscalculated by a few meters how much more they needed.

Bottom line, this is and will be the best race of the season in Texas. Champions from all over the state and other parts of the nation will have the best equalizer our sport has to offer and that is head to head competition. All worthy competitors will be on the same course in the same conditions and no "what ifs",  "was it a real 5K", or "the conditions here were..." All things will be equal and the results will tell us who will run the better race on race day.

Check out who some of the major players will be:

Alex Maier of Flower Mound is coming off of an undesirable state meet. Maier was dealing with a respiratory infection and was unable to finish the race to compete for a state individual and team title. That was surely disappointing, but life goes on. He has since been working with his doctor with the intent to get as well as he can to continue through the post season. We won't know until Saturday how much he as improved and how much strength he was able to regain. Here is what we do know, when he is full strength, he is one of the best in the nation. Last season, Maier finished second at the UIL 6A state meet and ran right into a post season only one could dream of for a sophomore. Maier finished fourth at last year's NXR South behind several seniors who teamed up with Maier would torture the rest of the nation for the rest of the post season as Maier would eventually finish fifth overall at NXN. 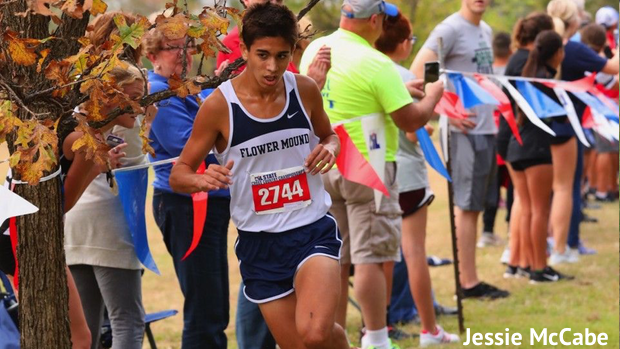 Jarrett Kirk, also of Flower Mound is now a house hold name in Texas and will soon be one nation wide. Kirk is the 2017 UIL 6A state champion. He earned that just a few weeks ago as he burned up the Old Settler's Park course in a 15:02.60 PR. Kirk has been blazing a path for himself all season long. Coming into the season fairly unknown, he dropped a 15:42.00 season opener. Things only got better from there as that was his slowest time of the season and for a guy who had a previous PR of 17:01.03 the prior season the hard work is paying off. A guy that was a non factor coming into the season, won't see his season end until early December as history says his won't because no UIL 6A individual champion has failed to qualify for NXN. 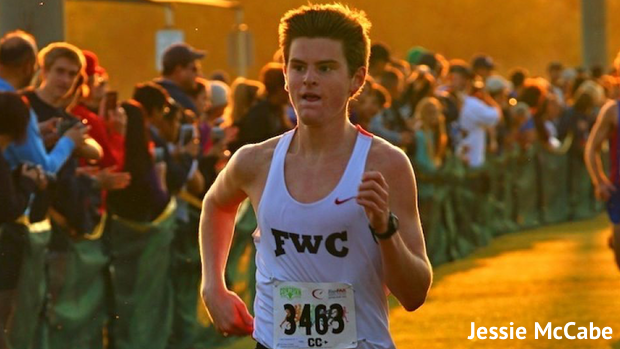 Many will get their first glimpse of Carter Cheeseman this weekend. The Fort Worth Christian senior and Tennessee transfer recently won his first Texas state championship by winning the TAPPS 5A title. The much anticipated matchup between Cheeseman and Maier will finally happen. Cheeseman set the state on fire with his 14:42.44 at the Keller HS Invitational earlier in the season has pretty much been running alone all year. This will not be the case as he will have many runners at the front of the pack with him going stride for stride. Cheeseman is one who likes to run hard and aggressive early, we will see if he holds back or lets loose. If he lets loose will many be able to stick with him. Keep in mind, there are several big time runners on this list and Cheeseman has a head to head win over a few of them. 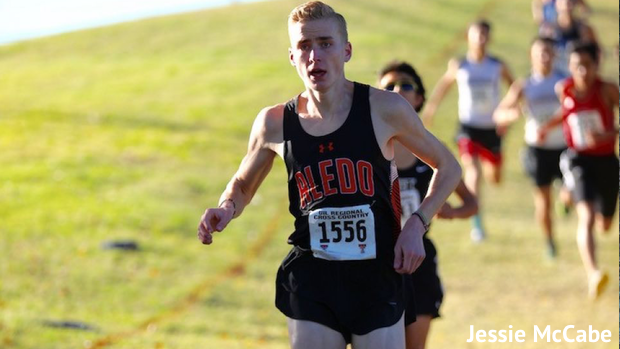 Aledo Sophomore Graydon Morris is the 2017 UIL 5A state champion. Morris earned that a few weeks ago with his 14:58.90 PR. Morris was part of a pack in that 5A race that went out at a blazing 9:05 2 mile pace. After enduring a brutal last 1800 meters, Morris had his title in hand. Now he looks to try his hand at the NXR South meet. Last year, he chose to take the Foot Locker route where he made history in qualifying for the Foot Locker National meet as a freshman. Graydon will bring his national stage experience and his sub 15 minute fitness into this meet that will have some outstanding challengers toeing the line with him. 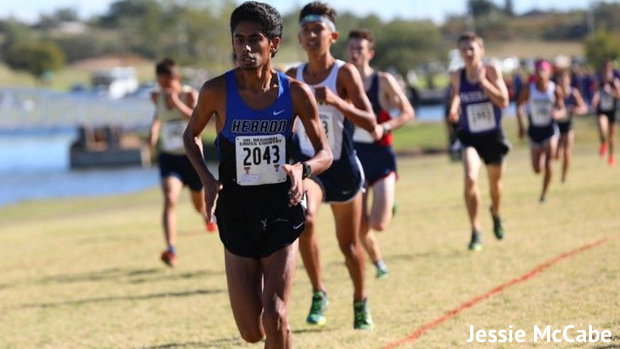 Lewisville Hebron senior Adam Dayani has finally overcome the ultra competitive district and region that he has been competing in for the last four years. He has definitely taken his lumps, but that is in no way discrediting his talent level over the past years. However, now Dayani is one of the big dawgs and he has been running like it all season long. He did qualify for the state meet this season, just falling short of a top ten finish with his 11th place spot. However, he did run a season littered with all sub 16 minute finishes including his 15:16.90 PR. 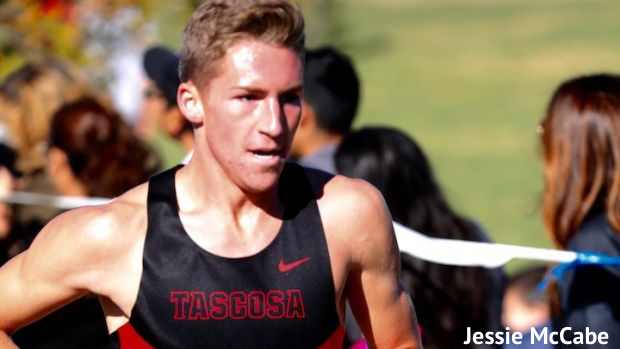 The 2017 season has been nowhere near the script Wes McPhail had written. The Amarillo Tascosa senior came into the season as one of the top returners and favorites. He even vowed not to let Maier go through the season untouched. In the first week of the season, he dropped a fast 9:51.00 2 mile run at the Hebron Friday Night Hawk Invitational. After that, McPhail had a back injury and was forced out for over a month of the season. Once cleared to run, he showed that he still had enough fitness to be competitive and earned another trip to the state meet by finishing just seconds behind Maier at the Region 1-6A meet. At state, McPhail was in second place in contention for first when he hit the wall 200m away from the finish. He went from second to 62 in just 200m. With two weeks to work that out mentally and ferociously train for NXR South, McPhail still has the opportunity to have the ultimate ending he wanted all along. 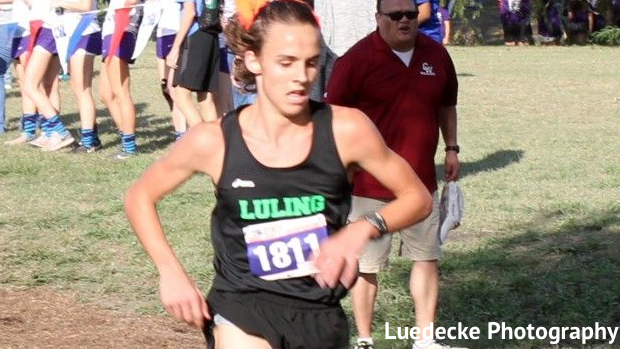 Buster Roberts is a proven winner. The kid has won four straight team state championships. A stomach virus kept him from winning an individual title, but it is no secret that Luling runners don't chase championships. They chase personal excellence and the titles just come from that. Roberts and his Luling squad have had a higher goal all season long and that has been getting to NXN. This is the meet they want to prove how good they are. In that, a healthy Roberts has a chance to get to NXN one way or another. Last season, he was close as he finished 14th overall. If healthy, he should be able to run with the best and pull out a qualifying spot.

Junior Carmen Fischer is the Arkansas 2- time individual champion. He is also no stranger to running on Texas soil. Since his freshman year, he has travelled to Texas at least once per year to run and mix it up in deeper more talent filled races. Whether it be at the Marcus I invitational or NXR South he has been willing to come get in the middle of things. This year could be different as he should move up and out of the middle towards the front of things. Earlier in the season he won the Missouri Southern Stampede in 15:14.25 and followed that up with his PR of 15:06.0 at the Chile Pepper Cross Country Festival in 15:06.0. You may not know him, but don't not do your homework it could cost you. 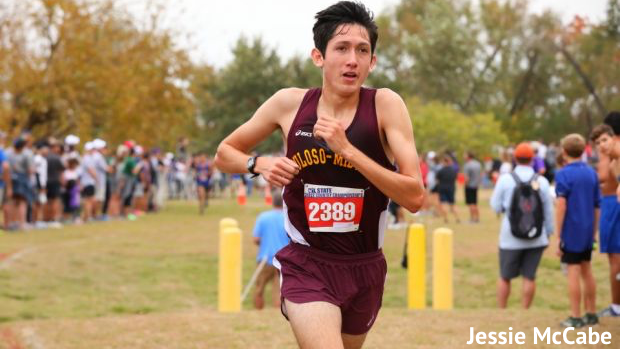 CC Tuloso Midway senior Ace Castillo is coming off of a third place UIL 5A finish. He has been one of the top runners in the state for year now. This season got off to a crazy start for Castillo as Hurricane Harvey affected his ability to train and forced meet cancellations the first several weeks of the season. He was able to get a groove and get some fitness just in time for the championship season. Castillo was able to put together a great finish with his 15:13.63 at state. Now, with a few more weeks of training, he should have enough fitness and some uncharacteristically fresh legs to make a real challenge for a qualifying spot. 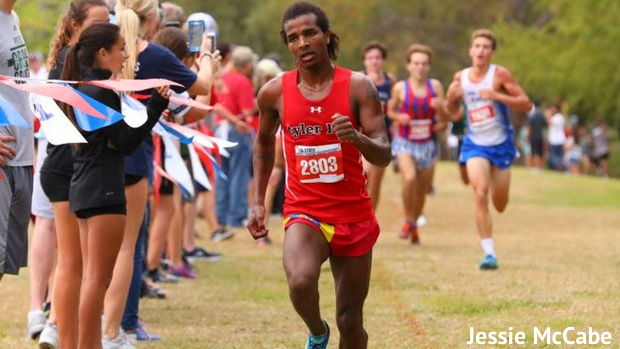 Haftu Knight, junior from Tyler Lee is the "Man"! He has done that through hard work. His freshman year, he qualified for state and finished in 98th place. As a sophomore, he qualified again and lowered his placing to 44th. This season, he lowered that to a third 3rd place finish. It wasn't luck or by chance, as Knight has been on his game all season long. He dropped a big time 15:38.00 PR in the first race of the season and never looked back. He didn't run in the 16s once this year and eventually lowered his PR to 15:09.90 at state. He hasn't finished lower than 3rd place all season. If he can continue that streak at NXR South, that means he will obviously punch his ticket to NXN.