That crashing and explosive sound you heard Saturday afternoon was generated from emotions of elation and joy. That was the Flower Mound Jaguars.

The Jaguars had recently just picked themselves up off the Round Rock pavement at the state meet. Disappointment, uncertainty, and thoughts of their season ending in a less than acceptable manner were the immediate thoughts and feelings as their leader just dropped out of the most important meet of the season. They were leaving without a trophy for the first time in thee years. Nobody really knew what was next.

Despite watching The Woodlands, Southlake Carroll, and El Paso Eastwood celebrate taking home trophies representing them being the best teams in the state, the Jags continued their training and recovered from sickness to travel to The Woodlands, Texas with hopes of qualifying for NXN.

Flower Mound saw their best runner -- excuse me, best runners lead them to the NXR South team victory and an automatic NXN bid. 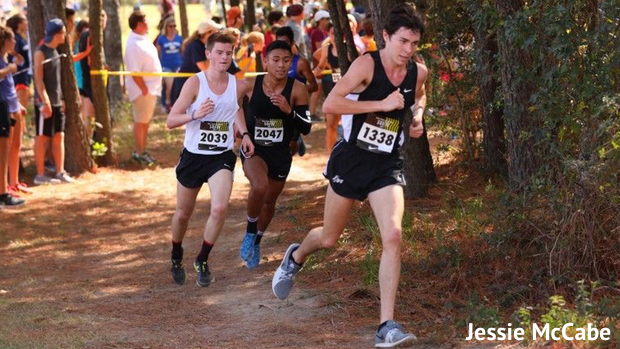 The Jaguars went straight from a less than desired state meet performance to the elation of the NXR South win and not just anybody can do that.

"With Nike South Regionals, you either make it or you don't, so we were just kinda laying our bodies on the line, we've got nothing to lose"

Well, they did it with a super performance and their one two punch of Alex Maier and Jarrett Kirk. That one - two punch proved to be too much to overcome.

Last year, Maier made the jump to being a super sophomore and became a house hold name in the sport. This season, his teammate Jarrett Kirk was able to have the same sophomore season success including winning the individual UIL 6A state championship.

There are several teams who five to seven really good runners. The top teams in the Flo50 rankings have are averaging in the 15:30s and 15:40s. Even in Texas, there are four teams that legitimately average under 16:00. But what could Flower Mound do if they get one more runner to consistently run in the low 15s?

"Two years ago we finished third and we were really disappointed we didn't make it, to win the meet this year, I'm at a loss for words."

Professional teams use free agency to build super teams. Even in high school, athletes transfer to the good local programs. However, Flower Mound is developing their program. The progression jump from freshman to sophomore year for Maier and Kirk are very substantial. These guys aren't even coming into high school as prepared or viewed as standouts as with some other programs. They're being made. 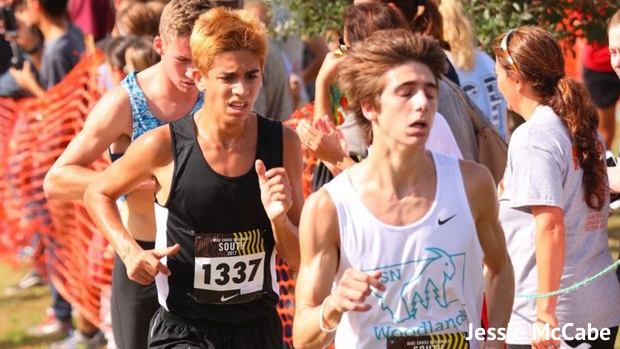 Can coach Cook and Flower Mound develop one more runner to make that jump to being a front runner with Maier and Kirk? What if they get two runners to do it?

This team will run at NXN against some of the best teams in the nation, including district rivals Southlake Carroll. Five of their top seven runners will return next season having experienced the state meet dramatics, the NXR South elation, and the eye opening and possibly forced maturation of NXN. 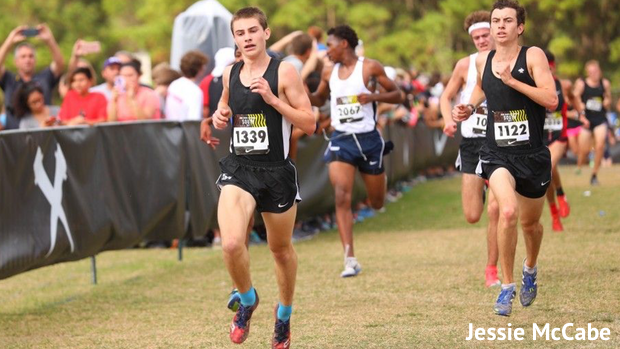 The Flower Mound Jaguars could be making themselves into a super team. Even if they don't, they still currently have two studs and there is much more to come when they return at least five of their top seven.

The fact that they have two of the top two runners in the nation -- Maier and Jarrett, things seem to be so fluid and without egos. Maier wanted a state title and couldn't quite make it happen this year, but Jarrett was. They are functioning and working exceptionally well together.

If the program can create another monster that will be almost unfair. Even if they don't, the nation should be aware of Flower Mound, really aware.