Today will mark the end of the 2017 cross country season nation wide.

Good luck concluding it with out Texas being involved! Last year, we came away with the champion when Southlake Carroll alum Reed Brown took the boys title. We are sending a whole crew this year with two boys including one Foot Locker returner in Aledo sophomore Graydon Morris as well as Carter Cheeseman of Fort Worth Christian who will be running his fourth consecutive national level race when you include regional meets for both Nike and Foot Locker and both national championships.

On the girls side, we are sending three indidivuals in Katy Cinco Ranch freshman Heidi Nielson, Hockaday junior Adoette Vaughan, and Montgomery junior Halena Rahmaan who will be running in her second national championship race in as many years.

Four 2017 state champions and a fab freshman will look to wreck the Foot locker course in San Diego, CA. 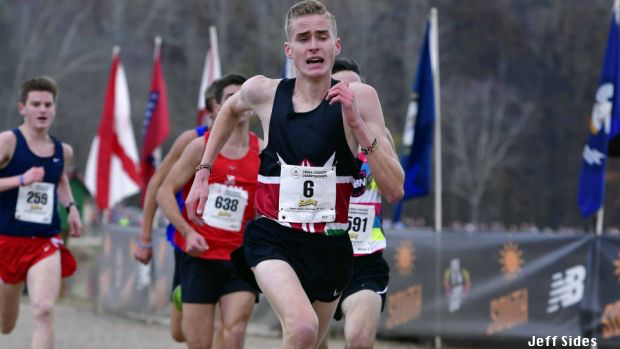 Graydon Morris is the super sophomore from Aledo, right outside of Dallas who is making his second consecutive Foot Locker Nationals appearance. Last year, as a freshman, he also qualified becoming the first freshman to do so out of the South Region in several years.

This season, Morris has enjoyed a successful campaign that saw him win the UIL 5A state championship in a 14:58.90. Morris then returned to action three weeks later to place third at the Foot Locker South Regional. Perhaps one of the most rested athletes in the field today, Morris will be looking to improve on last year's 34th place finish. This will only be Morris' second race since the state meet over a month ago. With the rest and the fitness level he has displayed this season shows that is a definite possibility.

Also coming from the Dallas area, Carter Cheeseman is the Tennessee transfer who has been on fire nationally all season long. Cheeseman has traveled the nation to take on the best and all things could have been preparation for this moment all along. Cheeseman who's Fort Worth Christian coach is his mother will have him primed and ready to go to compete in the Foot Locker Cross Country Nationals 35 years after his father competed for the South Region a Florida prep.

Click to read: Carter Cheeseman To Compete At Foot Locker 35 Years After His Father Did

On the way to this moment, Cheeseman did collect a TAPPS regional and 5A state title as well as the Nike Cross Regionals South title. After competing at NXN last week, capping off a great junior season with an awesome performance at Foot Locker would be just the type of momentum to pick up next year on. A win definitely wouldn't hurt! 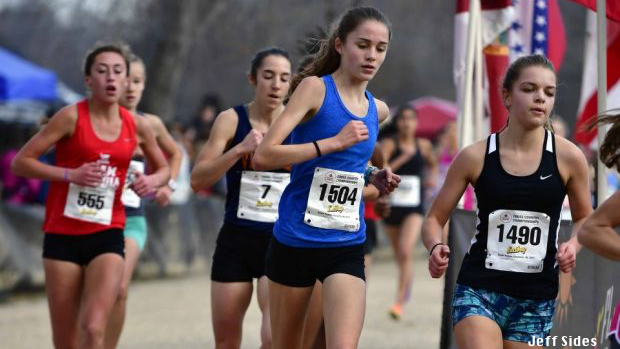 Dallas area Hockaday's Adoette Vaughan is the third Texas state champion on this list who will be competing at the Foot Locker Nationals. This season, Vaughan who is just a junior, won her third consecutive SPC individual state cross country championship. Vaughn has run like a woman on fire all season long concluding with her last race with a ninth place and  Foot Locker Nationals qualifying spot.

Vaughan may well be one of the most rested female athletes in the field as this will be only her third race in eleven weeks.

Vaughan is a dangerous runner and has a chance for a top spot in this race. She has proven not only her ability to win races, but in the biggest and most competitive races on her schedule including nationally, she has run with the top girls. Don't be surprised to see Vaughan with a top 15 finish or higher in this race. 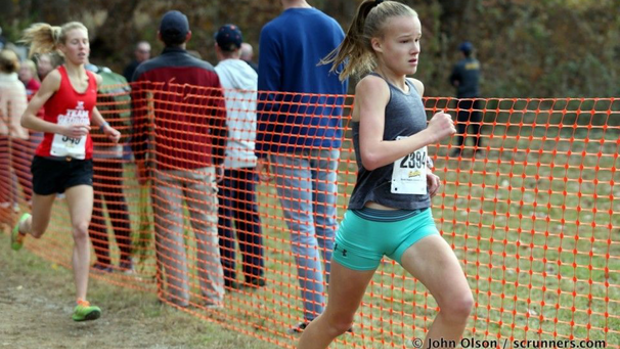 Last year, Graydon Morris was a Texas representative as a freshman boy and now this year Heidi Nielson makes it a second straight year one of Texas' younger stars hits the national scene. Nielson hit the ground running this season when she got the opportunity to start her season. Hurricane Harvey had major effects on her season and life as well as her team. However, Neilson rose to the top when running was normal again.

Approximately three weeks after the  cross season began for the rest of the nation, Neilson dropped a 18:04.10 in her first meet on arguably the toughest course in Texas. That was the eye opener as she would eventually pick up steam on the flatter and normal courses in difficulty. At the UIL 6A Texas state meet she would place fourth with an awesome 17:26.00 PR performance for fourth place.

Nielson would run without regard of the stage or who the competitors were as she placed ninth at NXR South and then follow that up with at 10th place finish for a qualifying spot to today's Foot Locker Nationals. 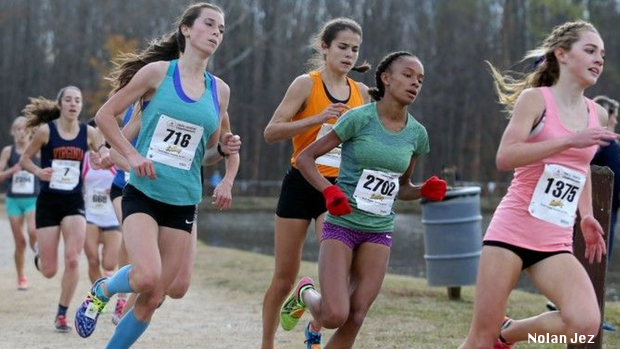 Halena Rahmaan will make her second straight season with a national championship race. Last year, the Montgomery junior ran at the Nike Cross Nationals championship race. This season, Rahmaan returned after a hard summer of training to have her season take a slight detour because of Hurricane Harvey. The Houston area talent was eventually able to jump back on track with her training and competing and her season started hitting it off.

Rahmaan is the fourth Texas state champion on this list as she ran herself to a UIL 6A state title going for a 17:16.30 PR. Rahmaan had plans on qualifing for NXN for a second straight year and doing it with her Montgomery teammate Allison Wilson.

NXN was not meant to be as Rahmaan would run her way into the top pack with less than one mile remaining. Rahmaan who was not feeling well heading into the race would succumb to allergies and drop out of the race. Fighting for redemption, she would go to the Foot Locker South Region and qualify for today's national meet. Rahaan who will not be looking for a participant's trophy can be expected to make a real push for a top finish in today's race.