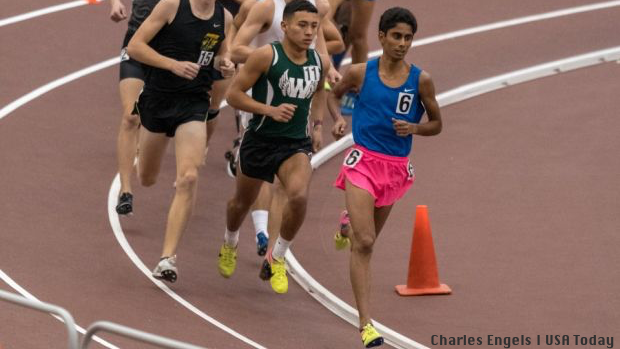 The 2018 Arkansas High School Invitational is held at arguably one of the fastest indoor track stadiums in the United States. Athletes come from states such as Texas, Tennessee, Arkansas, & Missouri.  Based on past performance list, the Arkansas High School Invitational has posted some of nation's best high school performances in the United States.  Look for this year's entries to take the high school leaderboard by storm.

Two years ago, JaEra Griffin put the Texas A&M High School Indoor Classic in a whirlwind when she ran 24.68 and at the time a U.S. #1 55.79. A 7th Grader!!! Griffin carried the third fastest time in the 200m and the fastest time in the 400m going into the finals as a 13 year old. Now, Griffin is an elite Freshman in high school. Expect an amazing 400m mark from this young lady @ this year's 2018 Arkansas High School Invitational. Whitney Williams from Team Quest is out to get back on track. Williams is the 2016 UIL 5A 400m state champion, but she sat out last season with a knee injury. Now, she is on the come up for a come back.

The McKinney North High School sophomore and 2016-17 Gatorade Texas Girls Cross Country Runner of the Year, London Culbreath makes her 2nd appearance hear at the 2018 Arkansas High School Invitational. Culbreath was the girl's 1 mile Champion last year as a freshman at this event last year. Look for London to be the hands down favorite this year.

Christian Rivera from Kaufman, TX hails from one of the top Texas' cross country programs. Rivera is a sophomore and he is on a fast track to becoming one Texas great distance runners as he placed 5th at last week's 2018 TX A&M High School Invitational Boy's 2 Mile. Also in contention will be McNeese State commit and El Paso Irvin senior Adam Gilliam running for Winner's Edge. Adam Dayani is out to continue his awesome cross season where he placed 11th at the UIL 6A state cross country meet.

Once again, The Wings Track Club takes a loaded team to Arkansas. The Wings Track Club enters the 2018 Arkansas High School Invitational as a hands down favorite for the 4x400 relay. Last week, The Wings Track Club captured a close TX A&M 4x400 victory with a time of 3:17.41.  Richmond Gold is another Texas team that will line up with expectations to win it all. However, Team Louisiana and a couple of St. Louis clubs could make things difficult for the Texas squads. Can we expect a meet record of 3:18.99 to fall??? Only time will tell: literally.