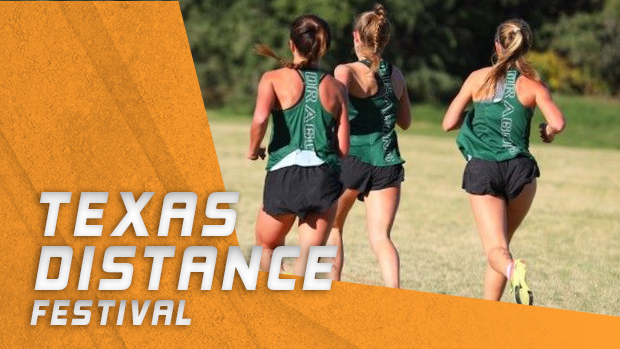 The Texas Distance Festival (TDF) was born in 2013. It started out as a small meet for Texas schools and primarily distance programs with an abundance of distance event runners to give them an opportunity to run distance races on the track.

The meet was an instant hit. With lots of hard work, organizing, and networking the meet grew to 500 entries, then to 600 entries, to now up to what is whopping 1,300 entries in tomorrow afternoon's meet.

The meet has reached an elite national status attracting some of the top distance runners nation wide in just over the last several years. Last year, it had arguably the best boys high school 5K ever assembled. Included in the meet's headline hype were Carroll boys stars Chris Tracht and Reed Brown.

With another year coming and another star studded entry list on both the boys and girls sides, there are some home grown talented young women and men that are just as talented as the other Texas and national entires.

Southlake Carroll athletes have proven once again to bet one of the top distance programs state wide and nationally. 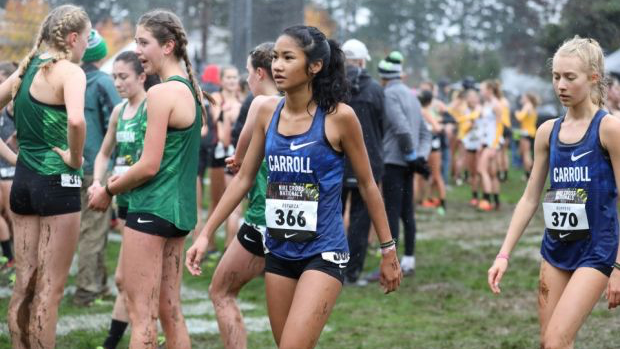 Two of those runners are seniors Cate Tracht and Sarah McCabe. Both ladies have run in several TDF races and will be competing in the last one of their career and both ladies are looking forward another TDF.

"I am very excited for this race, it is one of my favorite track meets every year," said Tracht. "I think this race is exciting to the distance community in Southlake because it's a change in pace from the normal track meets.

McCabe said, "I'm pretty excited for this meet because it is such a great opportunity to run fast with the fastest girls in the DFW area. This is a big meet for the Carroll distance squad and it is probably our favorite out of the whole track season. We take a lot of pride in this meet and look forward to it all year."

It's not just that, the girls also know that the Southlake Running Co. and even their own coach has put in hard work to organize and facilitate this meet in order display distance runners in a sprint driven track and field state. Tracht said, "I'm thankful that my coach, Coach Leonard, puts on such a great meet specifically for distance runners. He spends a huge amount of time trying to make this meet the best it can be and it always turns out great. 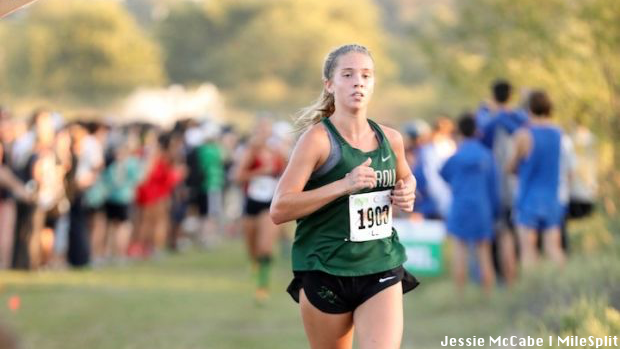 The girls have been working hard not to let their coach's efforts to go in vain. They are putting in the work that they expect to enable them to produce some fast times.

McCabe shared, "We have been increasing the intensity on our workouts to really make sure we are ready for this race the past couple of weeks," and Tracht noted, "I have been doing normal in season training with my teammates for the 5K and we have been trying to get in our best workouts possible leading up to the 5K and the rest of the season."

With the girls having run the 5k event several times, they are aware of the variations of a track 5K to a cross country 5K. "I have run this race twice before, but it's definitely different than a cross country course because the pace is a lot quicker and it can be mentally challenging to realize how many laps you have to go, said Tracht. McCabe echoes that sentiment, "From my experience of this race last year I know that it will get repetitive so I know I have to go into the race focused and know that it will be fast."

Tracht believes the girls have what could be a slight advantage with having several girls running in the race, "Having teammates in this race is important because they go through the same things everyday in practice and are right there next to you while racing too and it's very encouraging."

McCabe will be counting on her teammates, "It definitely helps knowing that I have teammates going through the same amount of discomfort as me specially the last mile of the race. For sure, it gives a confidence boost seeing and running with my teammates throughout the race." 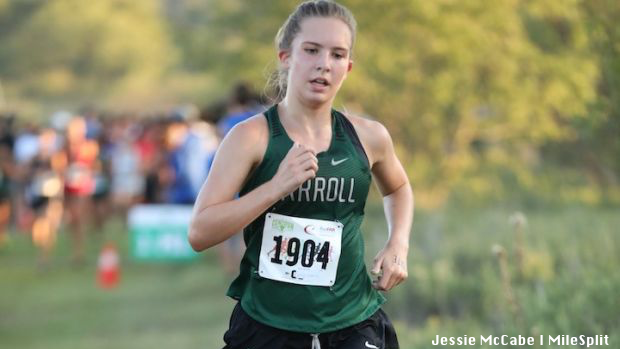 Even though, they will have each other in the race for their last TDF race, they have still worked on their mental preparations, Tracht has "Worked hard on just staying relaxed and pushing hard in workouts even if I'm not 100% that day. Mentally, you just have to realize the race will be difficult, but you just have to stay which is much easier said than done. As Tracht said, some things are much easier said than done, and that goes for the things McCabe is preparing for, "I have mentally prepared myself for a lot of pain."

Tomorrow will be yet another outstanding TDF field of distance runners that has been brought it. Perhaps, many of them will come from within the Carroll program. That could be the biggest and most valuable draw of the entire meet.