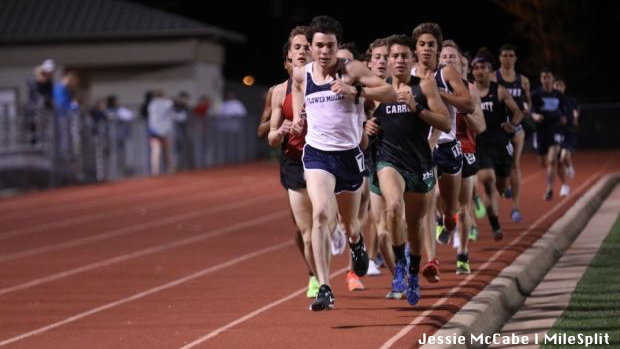 Someone told me there are no superstar milers in the state of Texas this year.

But wait, there is still plenty of reason to get hype for 1600m.

The Region 1-6A boys 1600m race will be one of several great races that will take place in Arlington this weekend. This year's race will be different than recent years. The reason being is that for the first time in three years, there will not be a heavy favorite heading into the race.

There is no sub four miler in the race this year, so the winning time may not be quite as quick, but the race will be just as exciting. There were eight total boys who ran under 4:20 in region 1 this year, six of whom qualified for regionals.

For an example of just how outstanding this race will be, let's look back at the district 5-6 Area. One of the hottest runners in the state, Marcus' Jacob Egan was unable to get out of the district in the 1600m. Egan has been on fire in the 800m and 1600m over the last month. He had an "off day" at the district meet and ran 4:21.25. You wouldn't thin that's a big deal, 4:21.25 on an off day....but when it gets you a non qualifying seventh place. That's just an indication on how fast the regional race will be.

Not to overlook the guys coming from out west, hopefully the trip to Dallas will gift them some good weather. The last two weeks, the athletes have been running in some harsh windy conditions. The times definitely aren't reflective of the capability of any of the runners. Will decent conditions turn out to be an advantage for them not having to deal with the resistance of the West Texas winds?

Here are some of the top contenders to qualify for State: 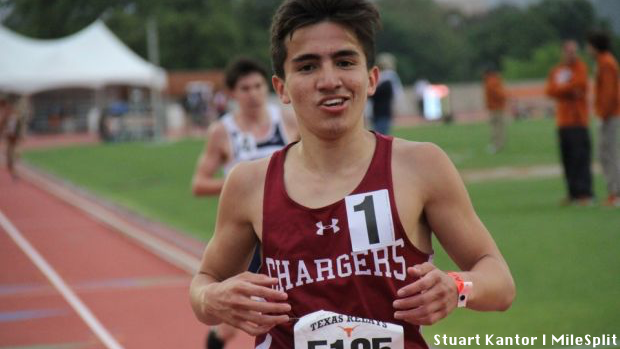 Despite not having a senior cross country season and not being able to even run for most of the fall, Eric Casarez has drastically improved since his junior year. This year he has run 14:38 for 5k to take third at Texas Distance Festival, 9:08 which was good for second at Texas Relays and at the Jesuit Sheaner Relays, he capped off a terrific double by winning the 1600 in 4:14. In each of those races he has also displayed some big time kicks.

Mcphail is another elite runner that battled injury in the fall. However, just like Casarez, he bounced back in a big way this track season. This season he has run 9:23 for 3200 and demonstrated his leg speed running 1:54 in the 800. He holds a season's best of 4:13.72 which he ran at Texas Relays in a wild 1600 race. That time is also the region 1 leading time this season. 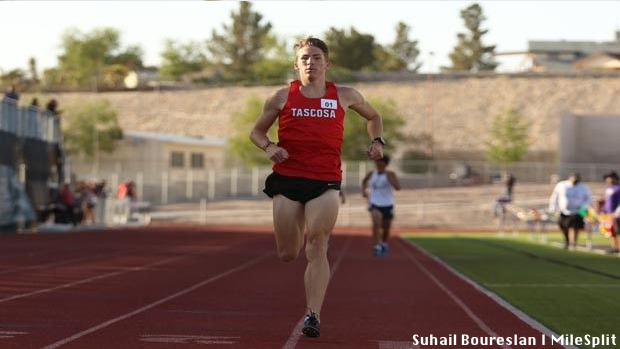 A third boy who came up with an inconvenient health issue at the end of the cross season is Alex Maier. He was able to run to an All American finish at NXN however and this track season he ran 9:07 for the full two mile at New Balance Nationals Indoor which converts to 9:03.93 for 3200 and he also took fifth at TDF in the 5k in 14:41. He's run 4:16 this season and holds the best 1600 PR in the field of 4:10.88. 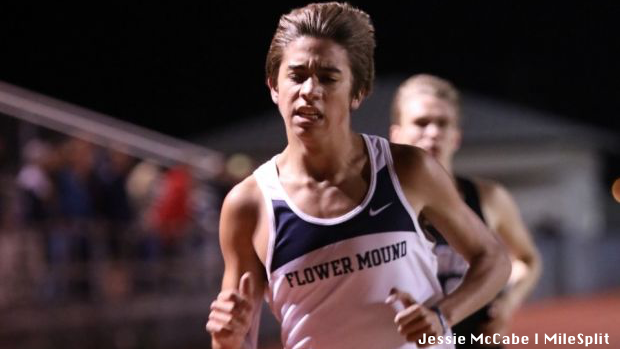 In the end, only two boys will be automatic qualifiers. However, don't be surprised if the wild card comes out of region 1. This race may not set any new region or state records, but one thing is for sure, it will be as good of a battle as a fan could hope to see. The boys mentioned were just the ones that broke 4:20 but in this region, the shots could come from anywhere so don't sleep on the other 10 boys in this race.