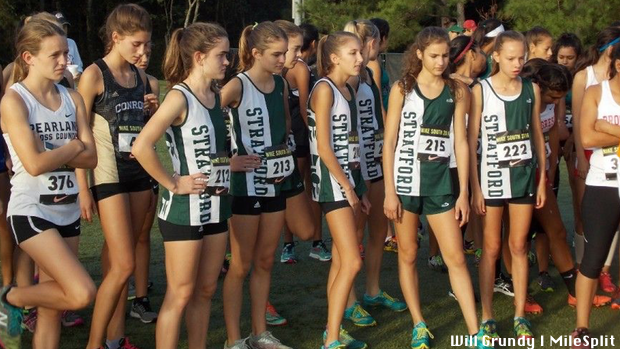 The 2017 cross country season was supposed to be like all the others. Nobody expected the ferocity of what would become Hurricane Harvey.

The Houston Stratford Spartans and Kingwood Mustangs and their respective communities were aware the hurricane was coming but they did not expect it to be as bad as it was. With the Houston area's history with hurricanes, both head coach Tate Symons of Kingwood and Joseph Brillon of Stratford told their runners to be safe but expected to get back to business once everything had passed over.

They did not expect to find several of their runners' houses and, in Kingwood's case, parts of their entire community flooded out by the storm.

"I remember thinking about getting stuff out of our office and saying to myself 'Don't worry it won't be that bad'," Symons said. "Boy was I wrong. Water ended up about five feet in the track/CC office. We used Remind to meet at different houses to help were ever we could. We were not worried about running." 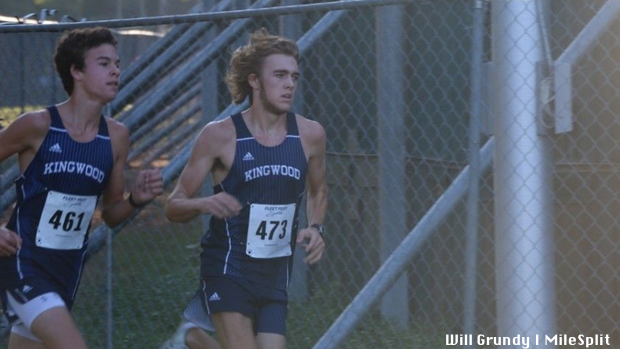 Faced with the storm of the century, what was most surprising about the teams from Stratford and Kingwood was their resilience. They showed their camaraderie in their respective communities by helping those who had lost their homes find places to stay and giving them clothes and shoes to wear.

Both teams used their Remind app to keep in touch with who needed help and where they could support their community. Symons said that many of his runners went to volunteer at the churches for hours on end.

Stratford and Kingwood both showed a willingness to help those in need and an unwillingness to complain about their present situation.

"I know it did affect some of them," Brillon said. "There was one young lady who actually went through that in New Orleans as a kid, so this is her second time around. But I really couldn't tell (how it affected them). They were really stoic about it, really resilient. I know when we got back they were really happy to be back."

"I remember thinking about getting stuff out of our office and saying to myself 'Don't worry it won't be that bad, Boy was I wrong."
Tate Symons - Kingwood boys coach

The two teams thankfully did not lose anybody as a result of Harvey, which claimed over 100 lives. Still, given the damage done to their communities it did take time for them to get back to running. However, once they were able to start running again it was business as usual. 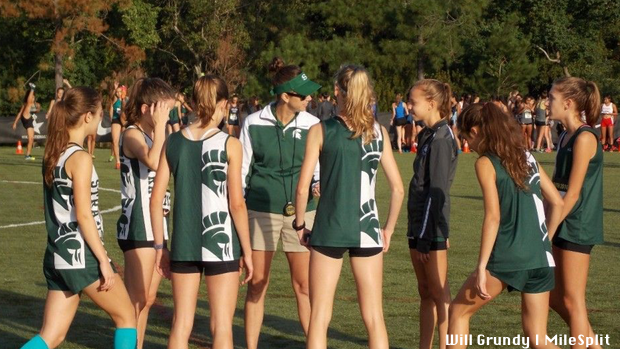 The entire Houston area cross country teams had to adjust their schedules as a result of the damage done by Harvey. Despite that, there was a sense of relief among the runners knowing they were able to get back into a familiar routine. With such a traumatic event as Harvey the hardest thing can be finding a sense of normality. The runners were able to find that with their teams.
Once the UIL State Championships rolled around, the Kingwood boys team finished in sixth place and the Stratford girls finished in fifth place among 6A schools. Given everything that the two teams had gone through, coaches Symons and Brillon were pleased with the finishes, even if the runners were upset they did not medal.

Still, it is that same discontent at not medaling which appears to be fueling both teams for strong runs in 2018.

"They've been really consistent," Brillon said in regards to Stratford's summer training. "Not too high, not too low, just very consistent. There's a lot of great inspirational young athletes, I call them alpha leaders, on that team. I think it's going to be a real interesting season." 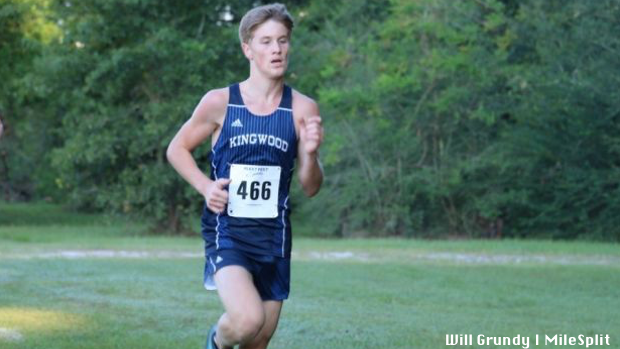 There's a lot of great inspirational young athletes, I call them alpha leaders, on that team. I think it's going to be a real interesting season."

Both teams also enter the season as the #2 ranked returning teams in the state. Both Stratford and Kingwood return the majority of their top runners from last year. The Boys Team Power Rankings and the Girls Team Power Rankings describe how experienced and talented both squads are. Part of that could be in result of the challenges both teams have had to overcome. At this point, last year was a totally different story in sport as well as in life for athletes and coaches on each team.

Both Symons and Brillon are not putting heavy expectations on their runners, I.e. telling them they have to win state. But the combination of having a core group of runners motivated by the shortcomings of last year and hardened by their experiences off the course, 2018 could indeed prove to be the interesting season Brillon predicts.