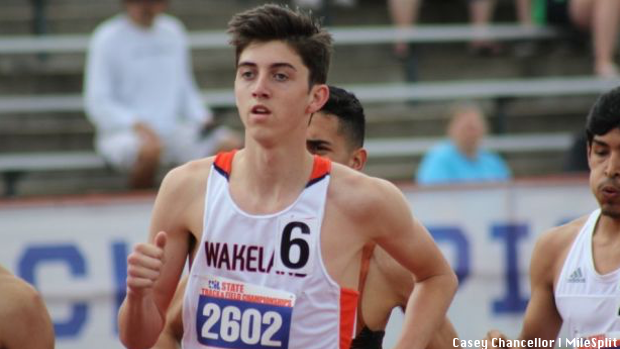 Nick Hendrix has been one of Texas' best distance runners the last couple of years. He has qualified for the state cross country meet each of his first three seasons. His best finish came last year at the UIL 5A state meet when he finished fifth overall. He followed that up with two outstanding UIL 5A state track meet performances in the 1600m and the 3200m last spring.

Hendrix isn't the only one with a streak and high expectations of his own. His Frisco Wakeland team has been to the state meet each year that he has. In fact, the Wakeland boys have qualified for the UIL cross country state meet for years with 2011 being the last year the team hasn't qualified.

Hendrix is the team's #1 runner and has led them for the last three seasons including a strong 2018 season. All evidence from the 2018 season performances in 5A pointed to both Wakeland making another trip to Round Rock and a good shot at a podium finish.

However, things took an unexpected turn weeks ago. Right before the district meet, Hendrix would have to have surgery and be forced to sit out from practices and the race.

On September 29th, he ran a personal best 15:16.27 at the McNeil Invitational on the state meet course. "At McNeil it felt like I still had a good amount left in the tank afterwards," Hendrix said. That time was good enough for 15th place out of 680 runners, many of them the top runners in the state and some with top times nationally.

With a new PR and the district meet right around the corner, things looked to be right on course for a good and quality end to his senior cross country season. However, things would take a drastic change out of nowhere. 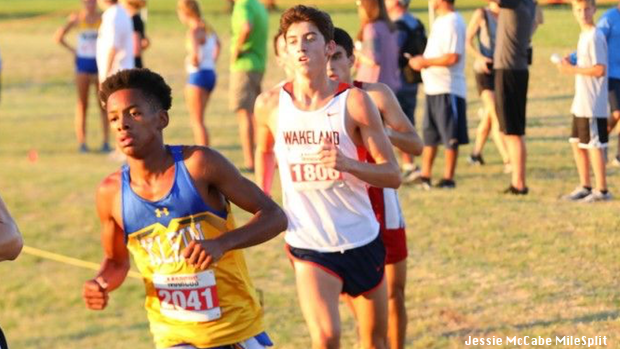 Just two days after the best race of his life and feeling in the best fitness of his career, the unexpected happened. Hendrix would begin to feel a pain like none other that he had ever felt before. The pain was in his abdomen and got worse as the night went on. "I felt the symptoms of an appendicitis, so I went to the doctor and needed to have surgery to get it removed. I had the surgery that Night.

So, within three days, Hendrix went from the elation of a personal best race to the pain and realization of having surgery at the most important time of his season and career.

After surgery, he was clearly unable to run. It would be over two weeks that the runner who was just at his fittest would be unable to run. From Sept 29th - October 8th he was sidelined, "I just laid pretty low and didn't run, I went on some easy Runs the next few days like 3-4 miles from October 9th - 11th." The thing is, Hendrix wasn't well enough to run in his district meet, which meant he could possibly not be running at regionals and at state. His senior season that started out with so much expectation and showed so much potential just a week or so earlier would suddenly be over with.

The Wakeland team had expectations of their own. Not advancing beyond district was not an option. Even though, they were without their #1 guy, they were still strong enough to advance and give themselves and Hendrix the opportunity to run at regionals and stay alive for another state meet berth. With guys like Cayden Marsh, Sam Reynolds, Michael O'hare, Natnael Enright, Joel Guzman, Bryan Bayles, and Duke Brinkley Hendrix was afforded the opportunity to sit out and let his guys handle things.

Wakeland ran strong and showed how dominant they are this year as they took down a strong district with 45 point performance as they placed three runners in the top ten and the entire seven in the top 20. They did so with only an 36 second 1-5 split. Hendrix said, "My team won districts and advanced to regionals. I was super fortunate to have those guys as teammates because they were able to keep our team's season alive and without my team my season would have definitely been over."

"I was super fortunate to have those guys as teammates because they were able to keep our team's season alive and without my team my season would have definitely been over."

Being afforded the opportunity to rest and recover while his team handled business, things were bound to get better to enable Hendrix to get caught back up to speed, right? Wrong, there were more complications yet to come.

Eventually getting back up to normal distances for this time of year and back to his typical speeds and times in practice he still wasn't quite the same as he hadn't 100% recovered. Hendrix was pushing his limits, but fatigue and other effects from the surgery would still find their way to take their toll on his body, "I ran a normal amount and at a normal speed and it took a bigger toll on my body than I expected. I was having trouble sleeping for some reason and I was still trying to maintain decent training and it just was causing my body to break down a little bit."

Without adequate sleep, things began to look in question for Hendrix to rejoin his team at regionals. He would eventually stop running altogether on Thursday the 18th. The goal began for him to find the solution to be able to sleep and rest to be able to have strength to run at regionals on the 22nd. Between that Friday through Sunday the 21st, "I started to sleep well again, but wasn't running," Hendrix said.

The decision was made for him to give it a go. Although training had been atypical and inconsistent at best and the physical toll the surgery and lack of adequate strength had on his body, Hendrix would suit up in his Wakeland uniform and take to the line at the UIL 5A - Region 2 meet. However, the outcome was a huge mystery. "Going into it I want sure what to expect because the weeks following surgery had been so inconsistent. I just wanted to run well and not blow up so our team would be in good shape to qualify for state."

The UIL 5A - Region 2 race for Wakeland was anything but blown up. It went very well. The same team that had Hendrix' back at district and the last three years also had his back once again. They other six guys that suited and lined up with him did their job to ensure they all got back to the UIL 5A state meet.

Marsh, just a sophomore ran a personal best 15:50.76 for a 15th place finish. However, he wasn't he only stud performer of the day. The entire group put it down and with Guzman's 16:43.97 as the seventh runner, they ran for a 54 second split from Marsh all of the way down to number seventh. Overall, the team would score 145 points between them, good enough for a fourth place finish and the seventh straight trip to Round Rock for the Wakeland boys. 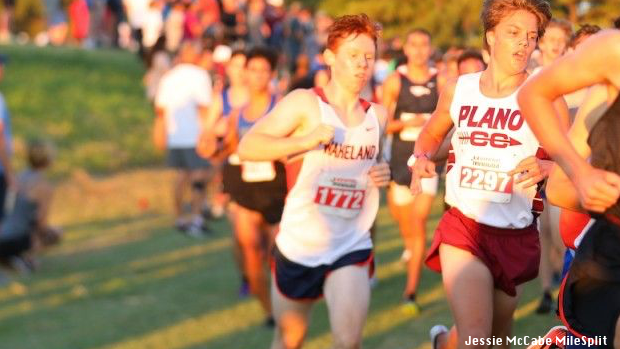 But, things didn't actually go down that way. Despite the surgery, weeks off from running, and not being able to sleep leading up to what could have been the last high school cross country race of his high school career. Hendrix came through just as he had done his entire high school career. "All the guys on our team did really well and we got second. I placed 4th which was better than I expected because my fitness was definitely not where it was at before the surgery." Despite the challenges Hendrix faced since September 29th, he was able to put together a successful race. His fourth place finish in 15:31.70 was good enough to individually qualify for state, which meant it was also good enough to not blow up his team's chances. He was able to contribute to a Wakeland squad good enough to qualify for the regional meet as well as the state meet. He helped ascend his team to second place overall just behind the two time defending UIL 5A champs Lucas Lovejoy. With his performance the team scored 109 point and a 16:10 average.

It's unsure what state will hold for Hendrix and Wakeland. One thing for sure, the better Hendrix is, the better Wakeland is. The expectations may have changed a little bit with the transactions from the last couple of weeks for Wakeland's top guy.

After regionals, training has been able to get close to normal. "Since then, training has been better for me. Our team is looking pretty good and we are gonna try to just place as low as we can at state. I personally don't have too many expectations for myself at this point. This season is all about the team. I will try to hit some of my personal goals in the track season, when I'm fully healthy and training at a high level."

Next Saturday, Hendrix will suit up one more time in a Wakeland uniform for a cross country meet. he had his team's back and his team had his back. Although it's his fourth time at the state meet, this could be the one he appreciates the most. "I'm really thankful I had my teammates and coaches to help me get back into it and stepping up to keep this season going. Wakeland's a team that has a lot of young guys doing well and they could be pretty good in the next few years."

One thing is for sure, Hendrix' season would be over if it wasn't for those young guys, but it's not and they'll all be running at the state meet because they had each other's back.