Madilyn Newsome plays with son Beckett in the starting blocks

At three years old Beckett Newsome is already working on getting a quick start out of the blocks with his mom Madilyn and grandmother Dana Newsome. Both his grandparents know what it takes to raise a track star. They raised four as parents and are working on the next generation.
Brian Newsome and Dana agree that a strong family support system is one key to raising the next All-American Newsome. Beckett will have plenty of support with two uncles currently running D1 collegiate track. Calahan and Cooper now call Oklahoma home but still hold multiple Texas records in the 400 hurdles and 800 from their time at Amarillo High. Calahan, now a junior at Oklahoma State finished second in the UIL 5A 300H (37.02) during his senior year at Amarillo and Cooper was the UIL 5A state 800m champion (1:53.23) last season.
It's not going to hurt that his mom Madilyn and aunt Sadie were both college runners as well. Madilyn was a sprinter at Amarillo running a 55.71 PR in the 400m before going on the West Texas A&M and Sadie was a 300 Hurdler going for a 45.10 PR in high school before also competing at West Texas A&M.
The family ties run much deeper than that as both of Beckett's grandparents earned many track medals to their name during their time on the oval.  It definitely runs in the family, but what else does it take to raise track star in today's highly competitive environment? Madilyn competes in the 400 hurdles for West Texas A&M University
Family support is crucial because as Brian says, "You have to run against the best to be the best." The Texas Panhandle certainly has many great runners but competing at an elite level requires a great deal of time and travel beyond the High Plains. Club running outside of the high school schedule takes full commitment from both the parents and the children, particularly when the most competitive meets are six to ten hours drive from home.
Some families may lack the resources to get their children into club running programs. The Newsome's understood this and often times paid the way and took talented runners to far away meets whose families might not have had the means otherwise. Some kids might not have resources or the natural ability to be an elite runner but there are other qualities that are equally important.
The Newsome's all competed in the Amarillo area, but also in New Mexico, Arkansas, and Colorado during their high school careers. 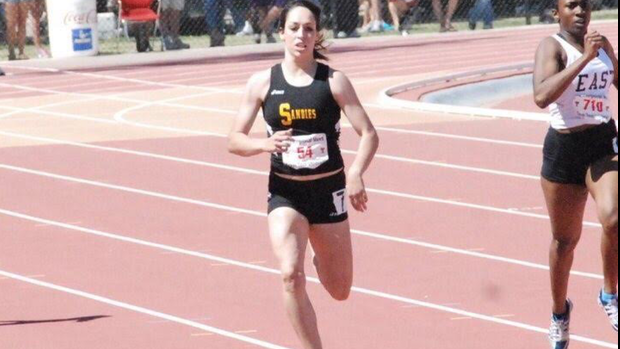 Sadie Newsome competes in the 400m for Amarillo High School
Dana Newsome says the factors discussed above are crucial but not the only traits helpful in producing a house full of collegiate track recruits. Beyond strong family support and seeking out the stiffest competition, she says that spiritual, mental, and emotional development are equally important for a well balanced runner.
Balance is something she is very familiar with as a yoga enthusiast. Dana implemented and encouraged yoga as supplemental track training for her kids. The stretching and core strengthening benefits of yoga are well suited for runners but certainly non-traditional training methods.
Be it traditional or not, the Newsome approach produces results. Perhaps Beckett and the next generation will break their parent's records one day as it runs in the family.
Tweets by TXMileSplit