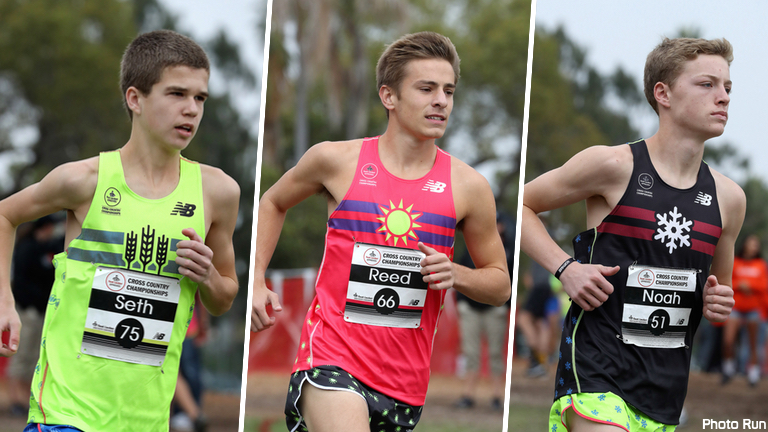 The Texas Distance Destival will be streamed LIVE on MileSplit

Luis Grijalva had a stellar cross country season in 2016. He earned a California state title and an All-American finish at Foot Locker Nationals. On top of that, he finished in 13:58 over the 3mile course at Woodbridge in September. Grijalva isn't just a good XC runner. He ran 4:10 or faster in the 1600m five times last outdoor track season, and his 3200m PR is 8:59. As another runner who likes to push the pace, he's a good add to the Texas Distance Festival.

Three more Foot Locker Finalists have been added to the Elite 5K. North Carolina State Champion Connor Lane will be making the trip to Texas. After a runner-up finish to Sam Worley at the South Regional, Lane went on to finish 8th at Nationals.

Leading two more big in-state adds to this event is Daniel Viegra. After qualifying for both NXN and Foot Locker, Viegra would DNF at NXN but bounce back to finish 22nd at Foot Locker Nationals. Viegra is already off to a strong start in 2017 with a 5+ second PR in the mile, running 4:12 at the Arkansas HS Invite.

Also throwing his hat in the ring will be freshman phenom Graydon Morris. He holds the fastest frosh XC time of 2016(14:58) and was the only freshman to qualify for Foot Locker Nationals. Morris finished 34th at Nationals, and the only underclassman to beat him was fellow Texas breakout star Alex Maier, who will also be competing at the Distance Festival.

Joining this already stacked lineup is California state champion Cooper Teare. He holds a 14:38 5K PR from the 2016 Stanford Invitational, and broke 14 minutes over the Woodbridge 3 mile course. Teare has 4:06 mile speed and an 8:51 3200m PR on the track.

Cross country may be over, but Southlake Carroll is making sure we don't forget about the 5K yet. The Texas Distance Festival has grown into a perfect opportunity for the Texas elite to showcase their talents. Over the past few years, it has been a proving ground for Austen Dalquist, Carter Blunt(2015 NBNO 2 Mile Champion), and Reed Brown(2016 Foot Locker National Champion).

This year the event is rising to a new level. Noah Affolder and Seth Hirsch have been confirmed for the elite 5K. Affolder is coming off of a stellar XC season which includes a 6th place finish at Foot Locker Nationals and winning the Great Edinburgh International Challenge in Scotland.

Hirsch has four straight All-American finishes over the past two years at the cross country national championships. He ended his 2016 cross country campaign with a 4-3-4 record at NXN, Foot Locker, and Great Edinburgh.

Obviously the elite 5K will see the return of defending champion Reed Brown. Since his last appearance at this event, Brown's resume has needed some additions.

The other significant development since the 2016 Texas Distance Festival has been the rise of the boys distance runners in the Lone Star State. Through the cross county post-season, they definitively proved that Texas has the best group of individual elite boys distance runners in the country. Also set to compete in the elite 5K are Alex Maier (5th @ NXN and Foot Locker) and Daniel Bernal (10th NXN).

The average 5K PR of these athletes is 14:44. We need to take cross country times with a grain of salt...but that's the whole point of this race anyway. One of my 2017 bold predictions was that there would be a sub-14 5K, and I am pumped to watch these guys duke it out on March 18th.

MileSplit will be streaming the event live, and make sure to stay tuned because we will be revealing more big names as they commit!