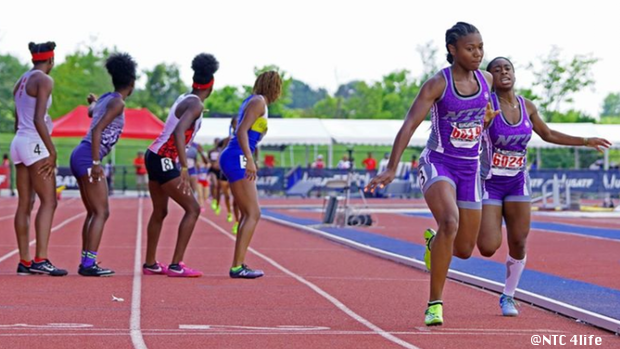 The North Texas Cheetahs (NTC Elite) are headed by Orlando McDaniel, an LSU track and field and football star alumni and former Denver Bronco WR. The club has produced several US Top 10 Girls Leaderboard performances during this year's high school indoor season. The NTC Elite girls not only laced the leaderboard in multiple track events, but they also can be fount at the top of a couple of field events too.
Yes, this is a club team, and the popular belief is that clubs are made up "Super Teams." The Cheetahs are indeed a Super Team, but one could argue that this group of girls was made and not recruited. The majority of the athletes on the club have been running with the club for several years dating as far back to 6-7 years old for many of them.  Other members have later joined the development that club teams provide and specifically that NTC Elite is known for. Club team competition is a viable format in Texas for several sports including high school indoor track and field. That said, we want recognize one that had some outstanding high school elite performances.  Let's take a look....

The 4x400 relay has been extremely impressive for the Cheetahs over the years. This year is no different as they have dropped some insane times this indoor season. At Texas A&M, they opened up with a 3:51.00, and followed that performance up with outstanding showings at Arkansas with a 3:47.57 and a whopping 3:45.38 at Texas Tech.

The 400m is one of the strengths of the club. With runners like Dymond Wiley, Rachel Anderson, Chloe Shaw, Chasady Johnson, Jalese Moore, Payge Side, Jada Oloruntimilehin and Arius Williams just to name a couple. Williams is ranked #7 in the nation with her personal indoor top mark of 55.56. Side and Moore both have 56s that rank them in Texas' top ten.

In the field events, All-World and National Junior Class record holder Jasmine Moore has minimally competed this season, but she holds the top triple jump mark nationally. Moore jumped 42-9.5 at Texas Tech a few weeks ago that earned her the most recent record on her resume. Moore also has a 19-4.25 long jump from Arkansas the is good for the #7 mark nationally. 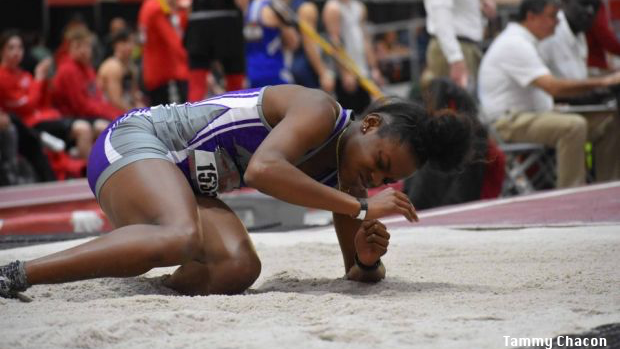 The Cheetahs also boasts one of the top hurdlers in the country. Sophomore Jayla Hollis is the #10 hurdler of the indoor season. She has won both the Arkansas and Texas Tech races where she grabbed her 8l71 PR.
Hollis is also one of the top sprinters nationally. She has the #5 time nationally in the 200m. Hollis dropped a 24.17 at Arkansas. Also in that race was Cheetah teammate JaEra Griffin who sits close behind Hollis in the #11 spot nationally with a 24.52 which also makes her the second fastest freshman.
Griffin checks in on the 60m national list at 21 with a 7.62. She is joined by teammate Kelly Rowe 7.57. Rowe has the tenth best time nationally and the top time in Texas this indoor season.
The Cheetahs also have a good 800m runner. Rachel Anderson who has already listed with the 400m group, but she also has the third best indoor 800m of the season with her 2:20.87.
Now that the school seasons are soon to start, the majority of the Cheetahs will head back to their high schools for training as they prepare for those seasons. However, there will be a couple of them who will suit back up for the Cheetahs at the NBIN. Until the summer, as we get to watch the SPC, TAPPS, UIL scenes, we will definitely hear a lot from the ladies. One thing is for sure, this indoor season, we saw quite the exhibition from an outstanding group of young ladies and it had to be recognized!
Tweets by TXMileSplit