Loading
Boys 800m at Spartan Aztec Invitational
There were tons of great races/interviews recorded this weekend and if you want to go check out all of the action you can click here.
Article by Suhail Boureslan - MileSplit El Paso Metropolitan Contributor
This past weekend in El Paso was one for the record books! It started with the boys 3200m with El Paso Eastwood's Gabriel Armijo showing grit as he battled against some of the city's state competitors. He ran a smart race and hung on to the top pack knowing he had to keep them on distance if he wanted to stay in the race. When he was ready he pushed the pace and was able to edge out Cross Country State winner Edwin Gomez from San Elizario. Armijo attributes his work ethic to his teammates who he says push him to set an example as a senior leader for his team. He also attributes his success to his coach's for always making sure he stays positive in the days leading up to competition. Armijo finished with a time of 9.53:40. Hear what Gabriel had to say here. 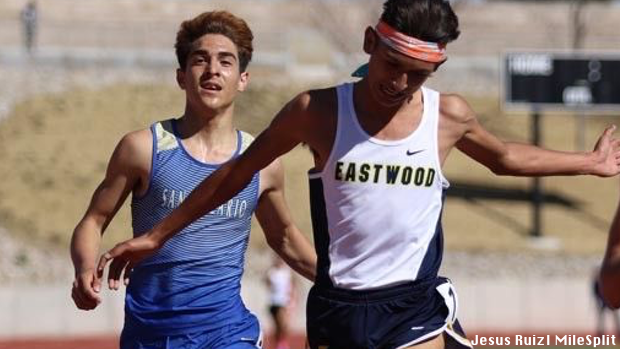 The boys weren't the only ones to steal the spotlight this weekend as we saw a great race in the Girls Varsity 200m. With El Paso Coronado's Jennelle Jaeger-darakjy in the mix, you're almost guaranteed fireworks. But the show was stolen by El Paso Montwood's Geraldy Barron who pulled out all the stops and put a stamp on the 200m by beating out Jaeger-darakjy. She talked about how seeding played a role in how nervous she was leading up to the race. She credits her coaches for helping her keep her wits before and during her race. Barron was able to dash out a great time of 25.81. Check out our interview with Geraldy here. 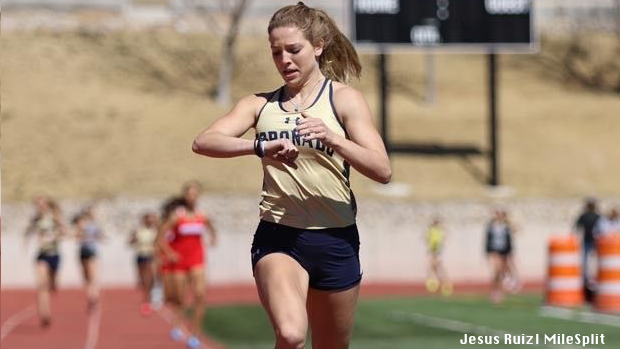 While we spectators were able to see quite a show whether it be distance, hurdles, or sprints, it was a mid distance event that has the state of Texas buzzing about El Paso's top two 800m runners. While it has been a debate amongst the years that the 800m holds the title as the "hardest event in track," El Paso Hank's Michael Abeyta and El Paso El Dorado's Ethan Delgado have etched their way to the top of the state's rank in this event. They put on a race for the ages as they went out into a blistering 25 second 200m start and proved why this event has no equal when they blasted through the 400m mark with a time of 53 seconds. 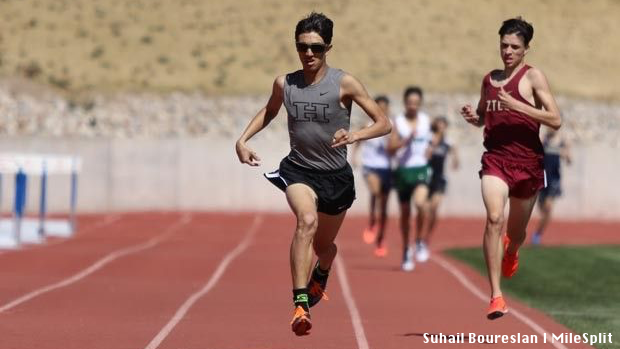 Michael Abeyta outlasts Ethan Delgado in the last 100m as both guys run to the top of TX ranks
Both Abeyta and Delgado were moving at maximum gears but in the final stretch it was Abeyta who against all odds seemed to still have much more left in the tank. He outkicked his way to the finish breaking his PR by nearly 6 seconds to finish as Texas's top 800m runner with a time of 1:53.35. He now holds the top spot for the 800m and a #3 spot for the 1600m and does not seem to be slowing down anytime soon. He was eager to share that his coaches ability to understand him and guide him through the season is a big contributing factor for his success. Michael had a lot of praise for his team/coaches and you can hear all about it here. If you missed the video or want to watch the action again, check out the video above.
Tweets by TXMileSplit