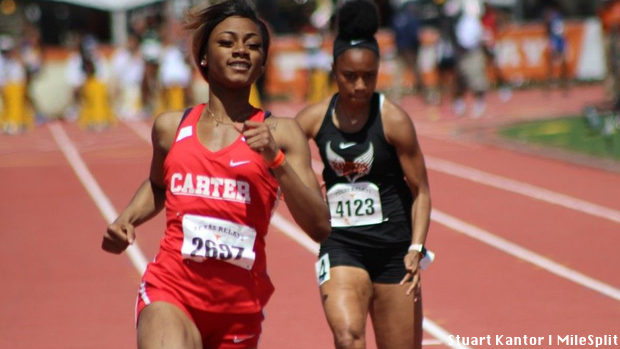 It's about that time of year.

District meets for many are just days away and the weather is heating up.

The formula for fast Texas high school times is slowly but surely coming together. Results of today's Texas Relays girls 100m finals are evidence show that the perfect combination of competition, good weather, and the right athletes is about to get to the level of just how we like it in Texas.

In the Div I finals, Dallas Carter senior and LSU signee Sha'Carri Richardson displayed her championship season form today. She ran a 11.42 in the 2.5 wind reading to win that division. 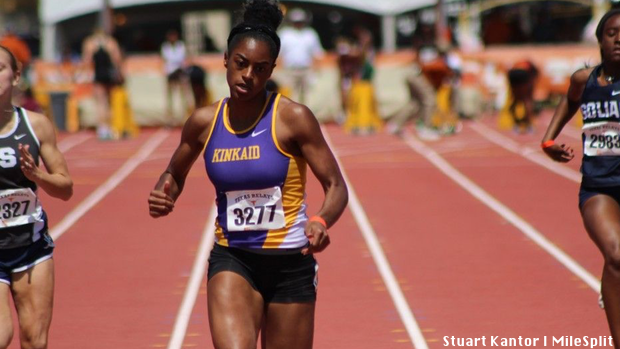 She was followed by Kennedy Gamble of Kinkaid and Ta'La Spates of Brusly (LA). Gamble finished in 11.61 and Spates went 11.92 for third.

Richardson put in some work this weekend especially today. She had two rounds of the 4x100, the 4x200, and the 100m finals to end her day of work. This is the type of day we could see from her a month from now at the same place for the UIL 4A state meet. Richardson could possibly be in for a four race day in May if she and her coach say so. Repeat championships in the 100, 200m, and legs on both relays could be what it takes to help her Carter squad repeat as the team state champions. 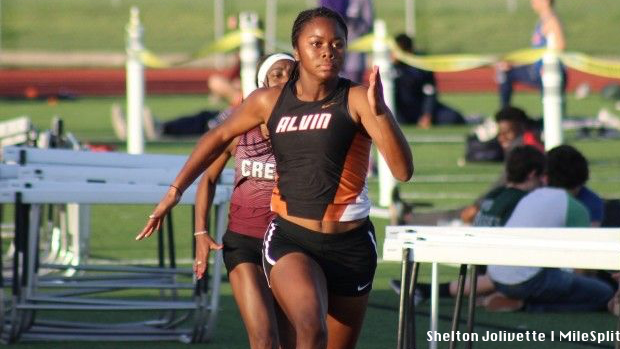 Kynnedy Flannel had a chill weekend this time around. Flannel, who is used to running multiple races at meets probably had fighting off boredom of only running one race as her biggest challenge of the wekend. It showed that she is rounding into fitness and only having one race to run was almost unfair.

Flannel who usually be found getting her days started in the long jump pit and then burning up the track in the 100m and 200m races. She did so last year at the UIL 6A state championships as she set a UIL 6A state record in the long jump last spring en route to a state championship. Then she hit the track and collected two more gold medals; one in the 100m and 200m. 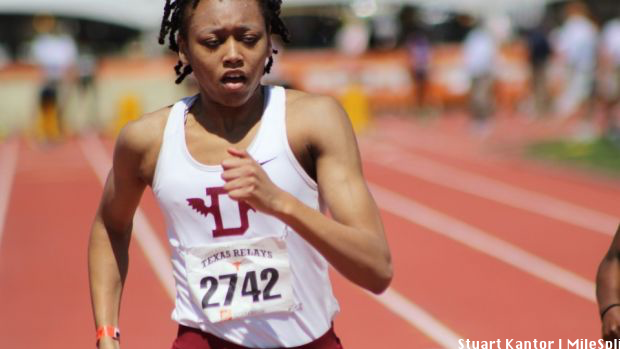 Today, the fresh leg UT signee led an outstanding group of sprinters as the entire heat ran under 12.00. With her 11.40, she was followed by Ameia Wilson of Danville (IL) in 11.59 and Mansfield Lake Ridge senior Kelly Rowe who ran in 11.63.

In fact, the slowest time in the heat was 11.79. Yep, that's how hot the season is getting and the sprinting will only get faster as the weeks eventually lead right back to Austin in May.