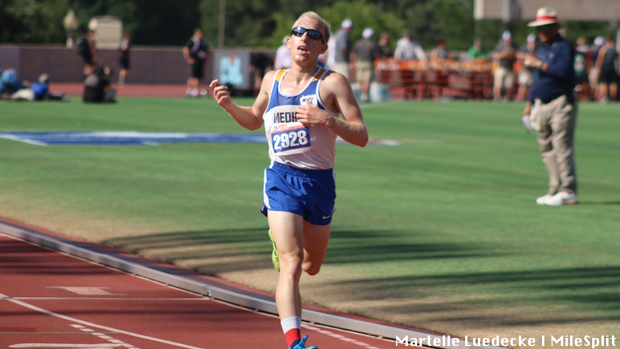 The morning session of day one got things started with a bang.

There were some outstanding 3200m races and field event performances highlighted the morning.

Medina senior Austin Zirkel started off his last UIL state meet with a bang. Zirkel benefitted from a pretty fast early pace set by Spur senior and second place finisher Dustin Dominey. After the pace became too slow for Zirkel, he cranked up his efforts and sped up the pace.

Zirkel would eventually take off for the last mile and produce a pace none of the other guys could react to. When all was said and done, he not only won the race, but he had a state championship and a 9:37.69 1A state record. Zirkel would better the record set last year at 9:38.23 by Jake Merrell.

In the 3A boys high jump, Poth senior Jake Lamberth came through in the clutch this year. Last season, he placed second, but a determined Lamberth had his mind set on a state title for the last 365 days. 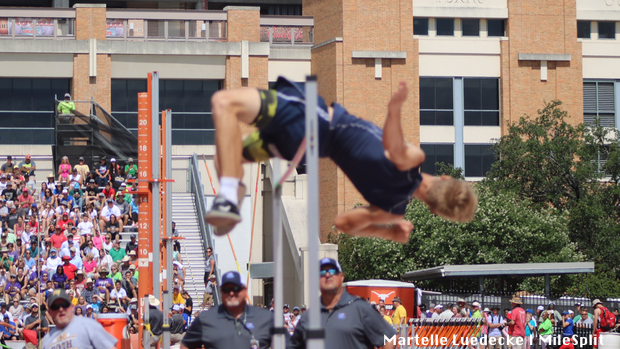 Not only did he get the gold medal to represent his title, but he also broke a 17 year old 3A state meet record. By going 7-0.5, Lamberth was able to put his name in the record books for good.

Continuing with record setting performances, New Caney senior Nastassja Campbell got in on the action as well. Campbell had some struggles in her opening height of 12-6 and things were a little shaky. She maintained her composure and passed on her last attempt at 12-6. With the bar moving up to 13-2, she again missed on her first two attempts. 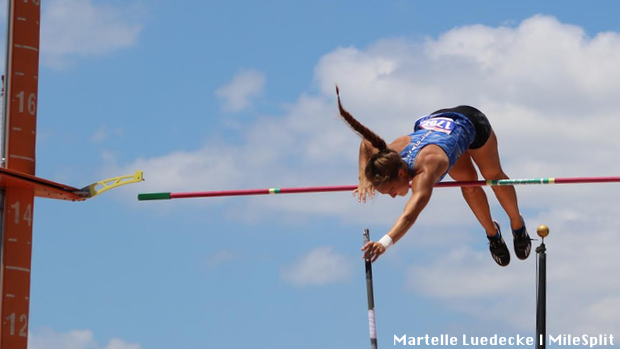 Once she gathered herself, things turned around for Campbell. She finally cleared a bar and then found her rhythym. Campbell moved the bar all of the way to 13-9 and convincingly cleared the bar earning herself a tie with Desiree Freier from Justin Northwest for the state record.

Campbell requested the height to be moved all of the way up to 14-4.5 as she went for the national high school record. She had two of her three attempt come pretty close especially her second attempt that saw her clear the bar, but to hit it on her way down with her knee. 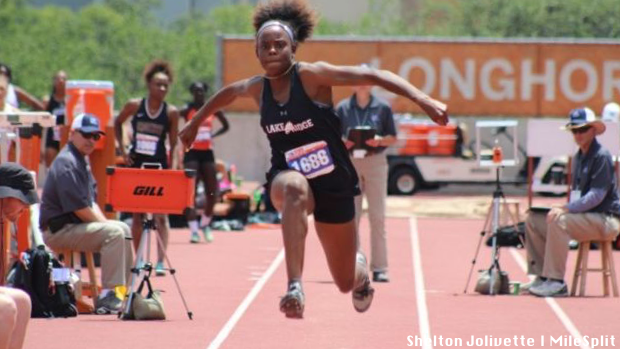 In the girls triple jump, All-World jumper Jasmine Moore of Mansfield Lake Ridge had the jump of a lifetime. In fact, no female American high school triple jumper had ever gone that far out in the sand before. Moore jumped a 45-4.75 that would have bettered her 43-4.75 5A state record and Ychlindria Spears' state and national record of 44-2.25.

The wind reading was over the allowable mark, disqualifying the jump from legally being considered as a record mark. However, the triple jump mark added to her 20-8 long jumper performance and added 20 crucial points to her Lake Ridge team total.

If this is just the first part of the first day, then what else can we expect to see the rest of the weekend? Stay tuned and see.