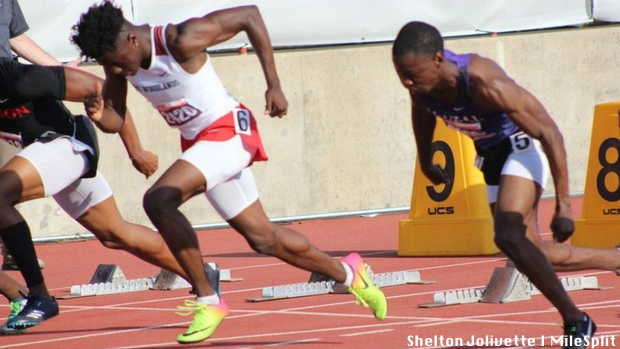 The UIL Texas state meet showed that we have the leg speed that most states only wished they could see. Unfortunately, not everyone was lucky enough to see the display in person.

This week, some were lucky enough that some of our top sprinters took their show on the road to exhibit to the national audience.

Rowe was able to run to a second place finish with her 11.71 and Brown jetted to a 11.73 for a third place finish. Both girls were able to get quality times for their profiles as they ran with a wind legal .07 wind reading. 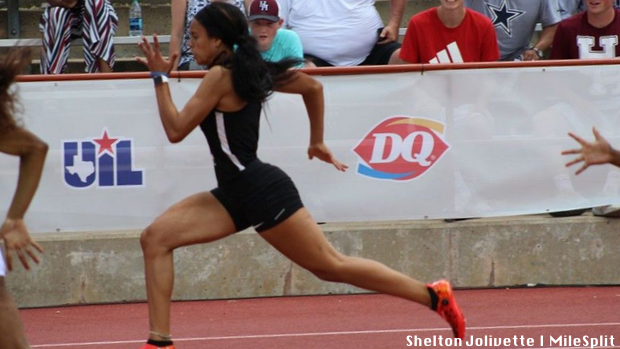 Following the girls race, the boys would hit the track next. Carter and Smith both lined up representing the Lone Star State. Carter would dash to the win with at 10.31 backing up his 10.22 just last week and Smith would finish in fifth place with a 10.72. As with the girls, both runners would get wind legal races as the wind was well below the allowable 2.2 with a .08 reading.

More importantly, the group of Texans would make it possible for the second straight year a Texas has won one of the Dream 100 races with Carter's win. Last year, Kalon Barnes followed up his UIL 4A win and then travelled to Boston and won the boys race in 10.34.