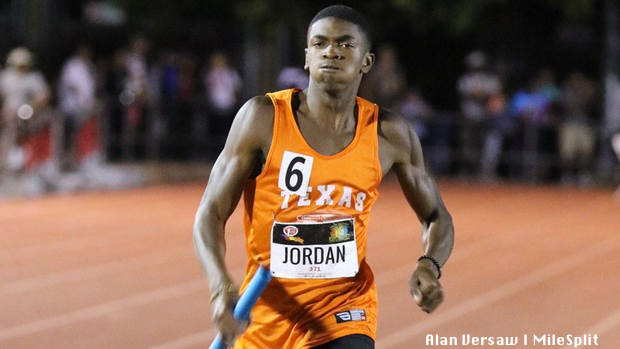 Today marks Day 4 of competition in Tampere, Finland for the IAAF U20 World Track and Field Championships. It will also be a big day for Texas athletes.

Earlier this week, The Woodlands alumni and University of Texas freshman Adrian "Tripp" Piperi set a national record and earned the silver medal.

Yesterday, Desoto alumni and University of Houston freshman Quivell Jordan gave his best efforts in the Men's 400H. Jordan who was a stand out this season for the Cougars qualified for the U20 team experienced his international competition. He qualified to the semi-finals with a 51.75 in the prelims. Yesterday, he improved on that with a 50.86 for the ninth fastest time just missing out on the finals.

PATIENCE. SURVIVE AND ADVANCE. So thankful I have a chance to run for @usatf and represent my country.#htownspeedcity #GoCoogs #HURDLEU #desoto pic.twitter.com/dLjSh8V5iB

Today, competitions for the Women's High Jump, Women's Long Jump Finals, and the Men's 400m Finals, all of which have current Texas high school athletes or alumni. 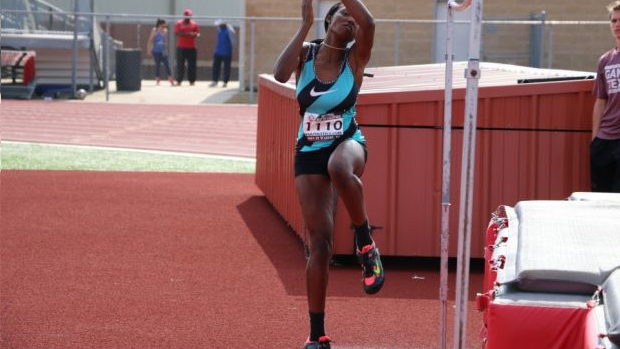 Northwest Nelson graduate Sanaa Barnes got her second straight Team USA comp underway today. Barnes competed in the high jump with hopes of more 6 foot jumps and a World Championship medal. She recently jumped a PR of 6' 0.75" for second place at the USATF Junior Outdoor Championships to get her spot on the team. Relying on her experience from last year's Pan-American Junior Athletics Championships where she competed for the first time internationally, Barnes was able to know what to expect. She just missed making the finals, but she was able to display her toughness as an elite two sport star (track and field/volleyball) with her 1.82 meter (5' 11.25") performance. 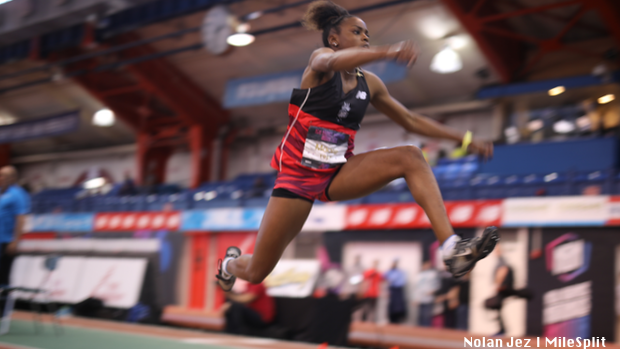 The girls long jump also got underway today. This week, Mansfield Lake Ridge super star leaper Jasmine Moore returned to international competition after last season's Pan- American games. Last year, resulted in a bronze medal finish. However, that was for her specialty, the triple jump. Moore has been vocal about her desire to improve and work at the long jump. Those efforts have resulted in a reward of qualifying for U20  World Championships and today she will get her gears rolling with hopes for jumping to another international medal. Moore qualified for the final with a 6.11 meter (20-05) jump exhibiting the high level and consistency she has shown all season long.

In today's finals, she went for a 5.99 meters (19'6") best jump of the day, which wasn't enough to get her a final three jumps or on the awards stand. However, still an indication of how far she has come in just a year in the long jump.

Moore will get her go at the triple jump tomorrow during the qualifying round. She only took three jumps today, so watch out tomorrow. Not earning six jumps and not making the award stand is something Moore is used to. It's not like this young lady need any motivation, but you've got to think the desire has to be burning for tomorrow -- watch out for tomorrow's results! 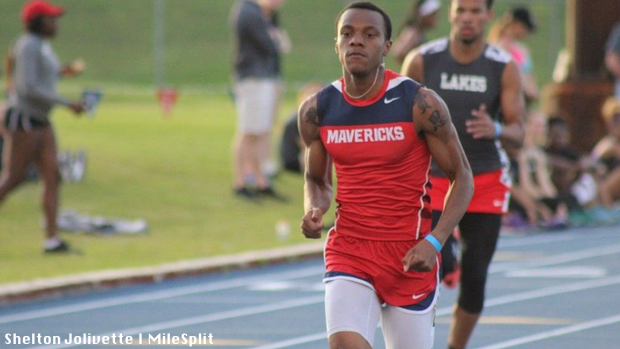 Manvel alumni and Baylor Freshman Howard (Trey) Fields III gave a heroic effort at the medal stand. Fields qualified through the prelims and the semi-final rounds with the seventh fastest time heading into today's finals. He finished the finals with a fifth place performance as he ran 46.53 and the top American finisher.

Fields will have one more shot at a medal in the 4x400 relay and he will pair up with Team USA, which includes another Texan with Houston Strake Jesuit star and UIL 6A long jump state champ and 400m runner-up Matthew Boling. 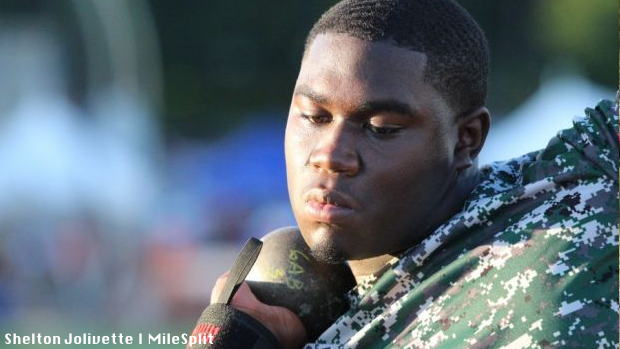 Tomorrow, the Men's Discus will get underway and Fort Bend Hightower alumni and Texas A&M freshman will compete for his third international competition. He competed in the 2015 9th IAAF World Youth Championships and last year's Pan-American Junior Athletics Championships.