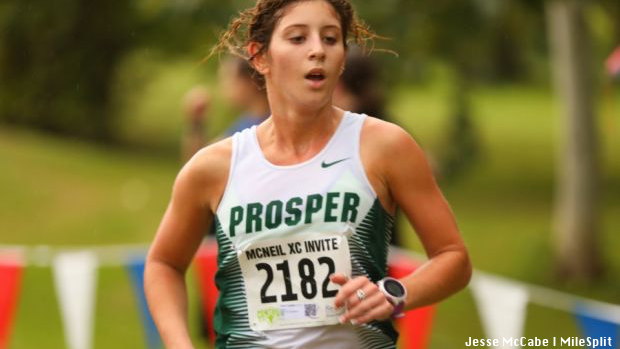 This past weekend was a big weekend for Texas cross country all over the map. With two of the state's premiere meets in  McNeil and Nike South happening, there was no doubt going to be plenty of excitement and supreme performances.

There were also other big meets that took place throughout the state like the Ken Gaston Invitational, Canyon Invitational, and Wildcat Prowl in the Park that turned out big performances.

Check out some of the teams that looked good this past weekend.

First up on the docket is Prosper. The Lady Eagles proved that they are a group of young guns that are out for taking all they can this season. Comprised of several freshman and sophomore girls, they are methodically taking the steps set before them by coach Gegogeine. Along with the young guns they have on the squad, the team also has some experienced junior and senior runners to help guide them along the way. These runners were a part of the outstanding 2016 season that Prosper had. Prosper is using that mix of youth and experience wisely during this 2018 season.

Prior to this weekend, the girls had run themselves to a MileSplit50 #4 overall state ranking. That was good, but now quite good enough for them as they won the McNeil Invitational out running two of the teams that were ranked ahead of them. Prosper's performance is right on time as championship season is right around the corner. Going for a 18:23 team average and a 1:34 split to win the biggest meet of the season up to this point is a big indicator that the Proper Lady Eagles are continuing to spread their wings for the main part of the season. 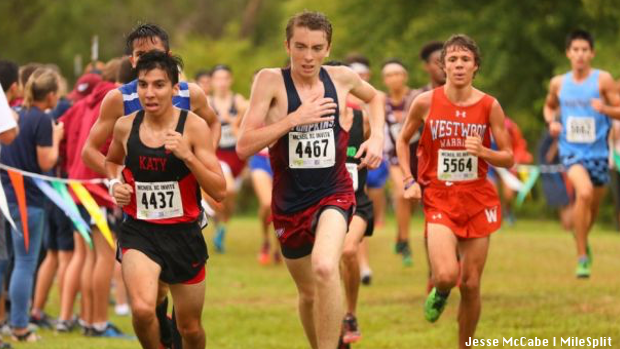 The Katy Tompkins boys also got their first test of the year outside of the Houston area and they passed with flying colors. The Falcons have climbed the rankings as they have been wrecking the teams in the greater Houston area. Taking on teams like Carroll, Wylie, and Marcus they were able to continue their 2018 success and come through for the win.

In what was perhaps their best performance of the year, Tompkins finished with a tight pack according to their 24 second split. Even more impressive, was their 15:46 team average. Having several PRs showed how well they l seemed to have handled a meet of this magnitude and size. The last time Tompkins ran at Old Settlers Park, they finished in the fifth place spot at last year's state meet. They can only hope for a repeat performance next month at the UIL 6A state championships.

Sticking with top performing teams at from McNeil, the Smithson Valley (SV) girls and boys performances are deserving of acknowledgment. Both teams demonstrated that their previous week's performances at Chile Pepper may be the tell tale signs of what is to come for the rest of the season.

The SV girls ran to a top five finish at McNeil to show the improvement that now has them in consideration for the 6A tile race. The SV girls topped out ahead of several teams that are highly ranked and within range of several of the best teams in the state. Their 18:54 team average and 1:19 split on the state meet course is proof that if they are able to make it back to Round Rock that they will be dangerous. If they can wrangle things in and minimize the time and distance between each runner, watch out. 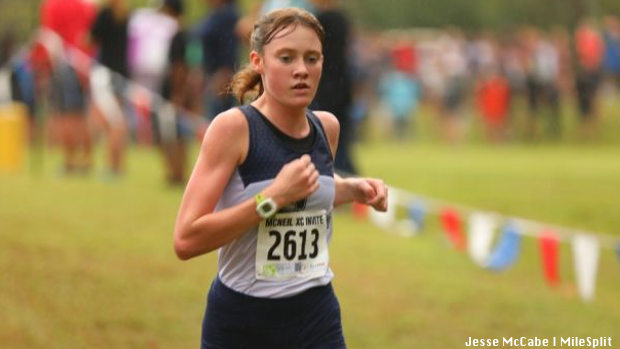 On the boys side, they showed more of what we saw with the girls. The Rangers have the guys and they have the experience, the problem was if they were going to execute like they did in 2017. As with last year, this is the same time they made strides in the right direction. This weekend, they finished second overall in the team race behind Tompkins but with the same 15:46 team average. Their split was just as impressive as it was only 31 seconds. The key for them will be the space between the top 2 and the 3-5 runners. They have two groups that are tight, but if the gap is closed, then the preseason expectations of  the SV boys could finally come to fruition.

The El Paso Americas boys also opened eyes at McNeil. They ran a superb race with their fourth place overall finish. The Americas boys make the Region 1-6A race even more interesting with their 15:53 average and 39 second split at McNeil.

Their 1-3 runners actually finished within three seconds within each other as did the 4 and 5. If they can minimize the 30 seconds between the 3 and and 4 then Americas could be a real problem when regionals rolls around adding extra drama to the "Region of Doom", what else should we expect.

Denton Guyer also gets a whoot whoot this week for their performances this weekend. They graciously invited several teams to their Wildcat Prowl in the Park, but then ran away with both team titles. The Guyer girls have a clear elite runner in Brynn Brown, but over the weeks, they have shown that they are more than a one girl show. They ran a 18:56 team average for the race. Along with Brown's ridiculous 16:41, the rest of the team ran pretty tight. The 2-4 girls were within 12 seconds of each other. 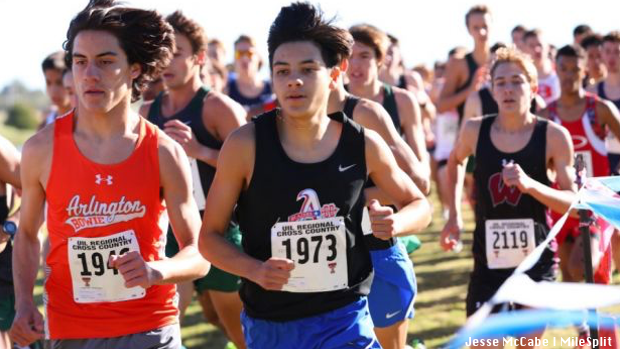 Then the Guyer boys backed up the girls performance with an outstanding performance of their own. They followed up with a win beating some ranked teams along the way. Their 15:55 average was very good and indicative of how fast the Americas guys can be. The 1-3 runners ran with the front pack looking formidable in doing so. With their 4 at 16:09, the key will be with their 5 runner as he was at 16:24, so minimizing that gap will be key to their championship season success. Still, running well this weekend and doing it with at 56 second split is impressive.

Led by their fabulous freshman Breanna Stuart, who ran away with the win, she was backed up at the 2 and 3 spot by sophomore Gabi Davis and senior Caitlynne Speegle who were close behind in fourth and fifth places. More Canyon purple jerseys crossed the line as the rest of the girls would finish one after the other. In the end, it was a 18:57 team average and a 58 second split for the win.