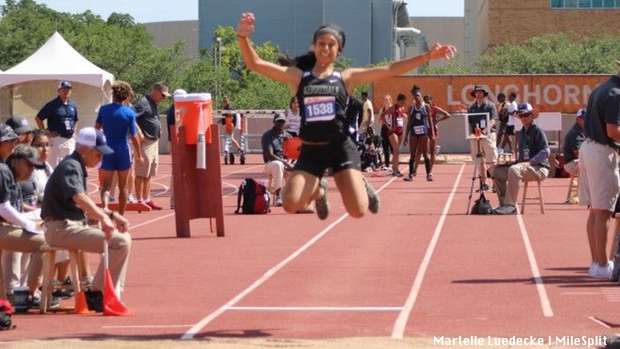 On Friday night, Kennedale seniorAlexis Brown announced her deicision on where she was going to spend her post high school student athletic career. The announcement was so awesome, it came on a night where Kevin Frazier from Entertainment Tonight was the MC and introduced her announcement video.

After months of hitting the recruiting trail hard, Brown put an end to it all by committing to the University of Florida.

Her choice of Florida came down to few simple things. "My choice came down to finding a place where I could develop as both a student and an athlete," Brown said. I wanted to go to a place whereI felt welcomed and where I fit in the bet." The University of Florida won her over because, "I felt like it was home because I got a vibe and gut feeling that is where I should be. The coaching staff and the girls were awesome."

Brown also had a good indoor season before experiencing a few nagging injuries that limited her in the outdoor season. She had indoor bests of 7.38 in the 60m at New Balance Nationals Indoor where she finished in 7th place 24.37 in the 200m.

With a personal best of 20-0.5, Brown is the true meaning of a track and field star, which is what made her such a sought after recruit.

With the commitment now out of the way, Brown will place her focus on the 2019 indoor and outdoor seasons.