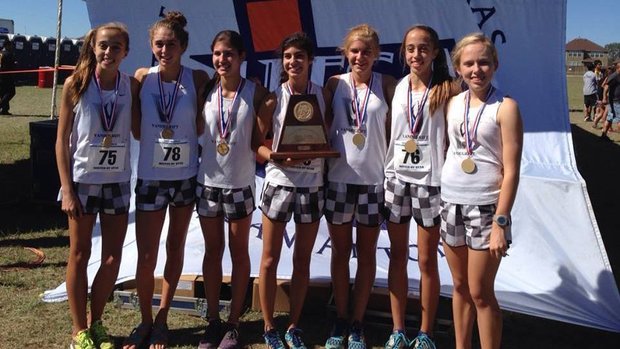 Vandegrift is the fastest girl's returning 5A team, led by twins Natalie & Loren Goddard who posted times of 19:10 & 19:18 as freshmen. The varsity team has a strong group of girls, all with 5k times ranging within less than a minute of each other. The Vandegrift girl's team was last year's Region IV Champions, and finished 10th in the state.

What makes getting 1st in the region, 10th in the state and having seven sub-20 5k runners even more impressive? Having all seven varsity runners return to the 2014 cross country season. Vandegrift’s girls’ team last season consisted of six underclassmen and one junior, all of which will be coming back faster and stronger than before. With the whole varsity team returning, Vandegrift gets an advantage most other teams don’t have.

“My freshman year the varsity team was made up of mostly seniors, and losing them all was hard because we essentially had to rebuild our talent back up,” said varsity and senior captain Nikki Keys.

The team won’t have to worry about restoring any talent this season, and instead can aim their focus on their main goal; medaling at the state meet.

“I have no doubt that our girls can take the medal stand at state, or better yet even the title, but we will have to go to work, believe in each other, and do more than the competition both mentally and physically,” said Coach Kevin Helm.

The JV team holds their own with a goal of bringing everyone under 21 minutes, a time that would earn a spot on most school’s varsity teams. 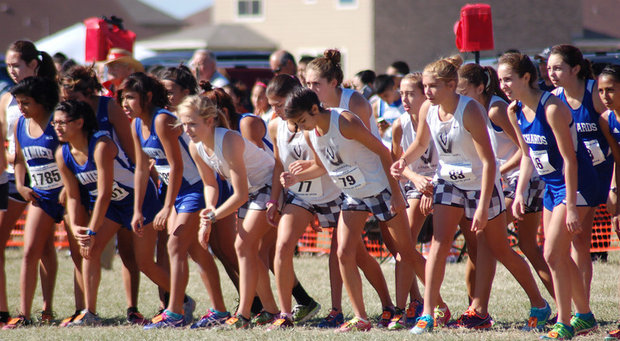 Many factors contribute to Vandegrift’s success, starting with Keys’ leadership.

“Our girls have really come together, and our captains have taken more control of the team than in years past.  Nikki sets high expectations while being a good teammate to all of the girls,” said Helm.

“These guys have been at the top so many times, and I really respect the job they do.  Like runners, coaches try to learn from the best as well.  There are so many good coaches and great cross-country programs across the state; I am so fortunate to have the opportunity of being a cross-country coach and sharing in the joy of running with kids,” Helm said. 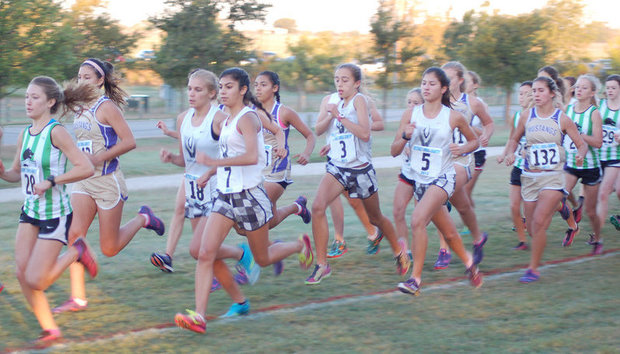 Finally, the most significant attribute to the team’s success is the relationship built among the teammates.

“We start with a strong nucleus of individuals who are willing to build relationships and community within the program while ensuring a fun and successful atmosphere,” said Helm. “Simply, we will run faster because our teammates depend and care for each other.  From top to bottom, everyone is important, and everyone will be a good teammate.”

The team is looking forward to a season of new challenges, including competing in two new meets: Southlake Invitational and Nike South, as well as making connections with runners from across the state.

“I've seen many of our kids hanging out and sharing more with other kids from other teams after their races.  While we want to beat our competition, we are still a community of runners. If we work hard, share, and have fun, the success will come,” said Helm.