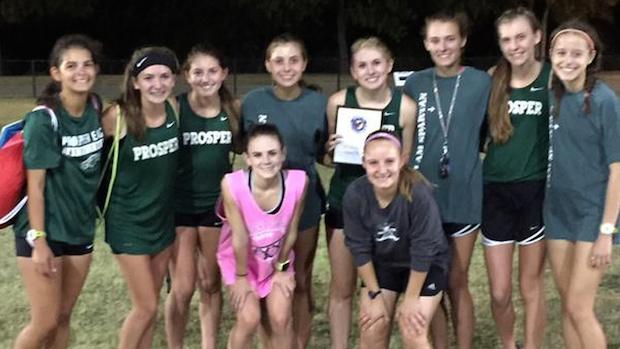 The boys individual race was won by last year's state champion David Strome with a time of 9:39. Coming in second was sophomore Wes McPhail from Amarillo Tascosa who ran 9:51. Strome and McPhail were the only two guys to break 10 minutes for the 3200m course. The race for third was a close battle between Matthew Arndorfer from Prince Of Peace and Drew Cummings from Hebron. The guys from Hebron won the team title scoring 58 points lead by Cummings.

The girls race was much closer, decided by only a point! Defending 6A State Champs Hebron edged out Prosper (Division 5A) 59 to 60! It was a super close race both teams had their top three runners in the top 10. The individual title was won by Ashton Endsley, (11:00.30) one of the top returning 5k girls in the country. The next two finishers were, Anna Elkin 11:31.50 and Abby Riordan 11:56.20 both from Hebron. To see the whole results click below.