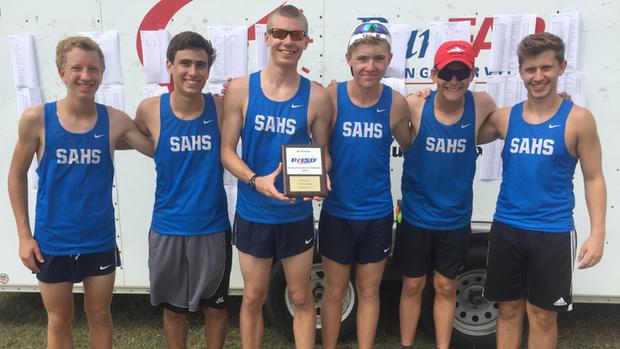 Our Wednesday Q&A this week is with San Antonio Home School Spartans Head Coach Neal Baumgartner. The Spartans won their second meet in a row this past weekend at the Pflugerville Invitational. The team was lead to their 35 point victory by Matthew Torvik and his brother Derrick. The week before they won the Austin ISD Invitational scoring 47 points. The team has had several runners go on to compete at both the DI and DII levels. Coach Baumgartner shared some of his training philosophies, goals for the team this season and more in this weeks Q&A.

Texas MileSplit: What was summer training like for the team? Did they attend any camps?

Coach Baumgartner: This is my fourteenth year coaching our San Antonio Home School Team and we highly encourage summer training, in fact year round training with emphasis on consistency and wise progression, both within a year and across the years. In the summer we only meet on periodic Saturday mornings for long runs and only one or two weekdays total, so our student-athletes must be disciplined over the summer, running the high majority of their summer base on their own or in small groups. Some of our athletes, typically five to fifteen each year, will attend the Jim Ryun Camp. The Ryun family emphasis on Christ first is in parallel with our program, we are a Christian ministry first - character development in our youth - then running.

Texas MileSplit: What are some of the training methods and philosophies you use in your coaching?

Coach Baumgartner: I am fortunate since my professional role as the lead exercise physiologist for the US Air Force permits me to provide a science-based approach to exercise training for our athletes. Consistency, progression and appropriate volume are underlying physical training principles along with the proper perspective, i.e., the student-athletes spiritual development is primary, and cross country running is a splendid venue to walk their faith. I am open about our training methods as I have provided science-based training presentations at several of the CCCAT Clinics and shared with coaches over the years. Main emphasis is on aerobic development (94% of energy expended in a 5k comes from aerobic metabolism) so training that "pushes" ones VO2 max upward vice "pulling" it up is my focus. Accomplish this via weeks containing a progression run (negative splits across the miles), a threshold run, and a long run. Introduce intervals later in the season on top of the aerobic backbone. Please note that our student-athletes' summer discipline carries into the season as we only meet twice a week for practices (I provide guidance for the remaining days).

Texas MileSplit: The team has won several meets mixed with large schools/ teams that have of 100+ kids on them, what are your thoughts on their performances so far and being able to compete with such large competition?

Coach Baumgartner: We are blessed to have dedicated student-athletes and families (our parents are super, this program doesn't exist without the great contributions and sacrifices of our parents). Cross country is splendid - it provides an opportunity for a handful of dedicated individuals to come together to perform well against competition that may be larger in team size, better equipped, or in possession of other advantages. Over the years we have had groups in both genders perform well to include major meet championships, e.g., in the past our girls won the UTSA Meet three years consecutively, we've had several very solid performances at the Nike South Region Meet and the Congress Avenue Mile, and several of our graduates have gone on to compete at the next level to include scholarship athletes at the DI and DII levels.

Texas MileSplit: I see theres a lot of upperclassmen on the team, Matthew and Derrick Tovik being two of them, how have they influenced or help some of the younger guys? 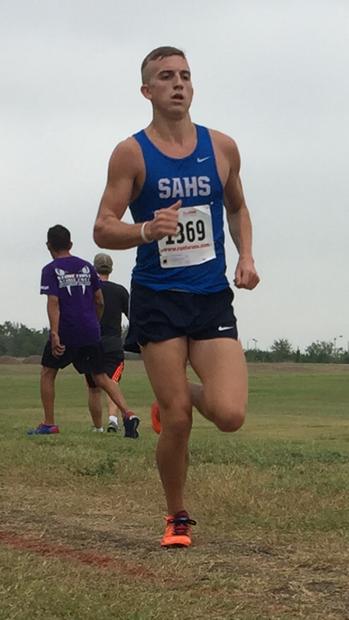 Coach Baumgartner: We do have a large senior class this year so our younger athletes are blessed to have solid role models in front of them. Matthew and his fellow seniors have been one of many special groups that have developed over time from their middle school days through high school into focused leaders. We encourage the seniors to live out a servant-leader model and this group does such. Our runners directly assist each other in training, racing, and in other areas outside of running - academics, social events, etc. Finally, you will also see them encouraging athletes on other teams, a key characteristic of our team over the years.

Texas MileSplit: Are there any challenges coaching Home School? Some of the guys were saying they can't go to the state meet? What is the big meet you prepare for?

Coach Baumgartner: We are thankful that we are able to compete in several public and private school meets over the course of the season, a high majority of other schools and coaches are very welcoming to our athletes. As you know, the UIL state meet is open to some large private schools, but not open to the majority of private schools (by Texas state law we are a private school). Hopefully that will change in the future. Therefore, we focus on later season meets, and if our team is able to meet the competitive level of a post season meet, e.g., NXN, USATF, AAU, then we will travel to one or more of those. Unlike public schools and many of the private schools we don't have facilities or external funding. We are strictly volunteer. We raise a modest level of funds at our home meet to cover team costs (uniforms, travel, etc.). With the exception of this year we have hosted an annual home meet since 2003, and the original Flight Score Meet of Texas since 2006. We have our venue, Lindbergh Park in San Antonio, confirmed for 16-17 Sep 2016 for next year's Flight Score (high school) and Middle School meets.

Texas MileSplit: What are some of the teams goals this year?

Coach Baumgartner: Our seniors desire to finish well, personal bests of course, but more importantly team bests at the remaining meets: Cedar Park, Texas A&M, Seguin, and Austin Westlake. Each of these meets will present high quality competition and we look forward to each race.