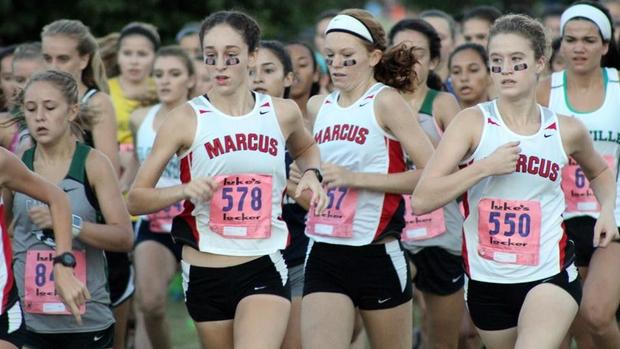 The preview you've all been waiting for is here, the class 6A girls race! This is hands down going to be one of the craziest team battles at State this weekend! There aren't too many teams you can count out of a possible podium spot in this one, it's going to be a thriller. But enough about how amazing and awesome it's going to be, lets' get down to it. Starting off with the favorites, Marcus. The ladies from Marcus continued their undefeated streak in the Region of Doom, beating the Keller ladies in a tie breaker. Marcus was led by senior and University of Arkansas commit Maddy Reed, who finished 5th running 17:36. The Marauders will look to continue their undefeated streak to State and better their 2014 2nd place finish. As the favorites, they will have a target on their backs with several teams like Keller looking to beat them. 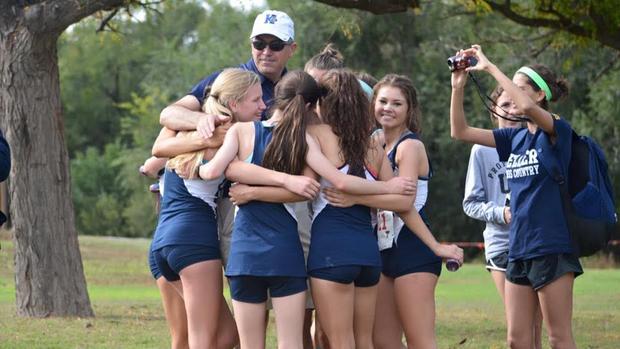 The Keller ladies have been a bit of an underdog team from the get go, but we could see early on that they have a talented Squad. They have no seniors on the team, but have run with the confidence of an experienced group ever since their 3rd place finish at Marcus I. The second place finish at Region just helped solidify that these ladies are the real deal. We can't forget about Southlake Carroll and Lewisville Hebron also out of Region 1. Both these squads have run strong all year. Southlake girls had a huge 3rd place finish at the Clovis Invitational only behind nationally ranked Saucony Flo50 #2 Great Oak and number #12 Arcadia. In California they only ran a 22 second 1-5 split and 18:40 average. If they can do that at the state meet they have a shot to win it all. The girls from Lewisville Hebron have arguably one of the best one two punches out there with senior, and Ole Miss commit Anna Elkin and sophomore Abby Riordan. The duo have been almost inseparable all year finishing only a few places behind each other in almost every race. Things were crazy at the Region 1 meet with just these four teams, but now looking at all the other qualifiers, it's going to be INSANE! We haven't even talked about Kingwood who finished third at state in 2014. They return five of their top seven, and destroyed Region 2 scoring 36 points! The girls from The Woodlands finished second with 70 points. 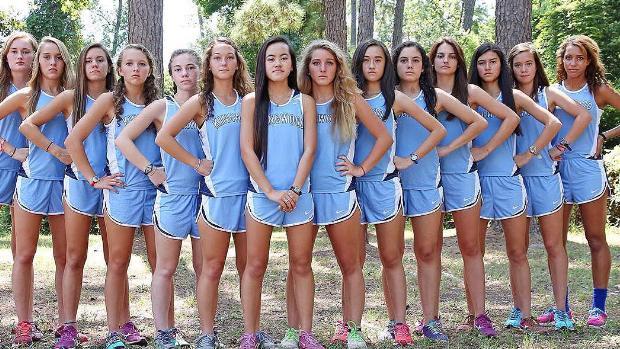 Kingwood has looked strong all championship season including their 18 point District victory. The Mustangs have solid senior leadership in Abby Guidry, and Erin Gallagher who will look for strong individual State performances. Moving onto the teams in Region 3. Katy Seven Lakes and Cinco Ranch really stand out here, even though the top 1-4 were only separated by 21 points. Seven Lakes took the Region 3 title with 87 points, and are returning all seven of last year's 11th place state team. They also add in freshman Nicole Cybul. Cinco Ranch has been led by a pair of strong sophomores in Reagan Kappel and Megan Hopper all year. The duo finished 6th and 15th at Region to help Cinco grab 2nd place. Both of these squads have some young talent who can help bring them to a podium finish. Another young squad that dominated at Region was Smithton Valley. The Lady Rangers scored 30 points and put all their runners in the top 20 to grasp the win. We had some doubts on this team early on, but it was undeniable they were going to be good after they placed 3rd at McNeil in a stacked field. Sophomores Kerri and Kylie Welch have helped lead the Lady Rangers along with Freshman Cambria Clark. 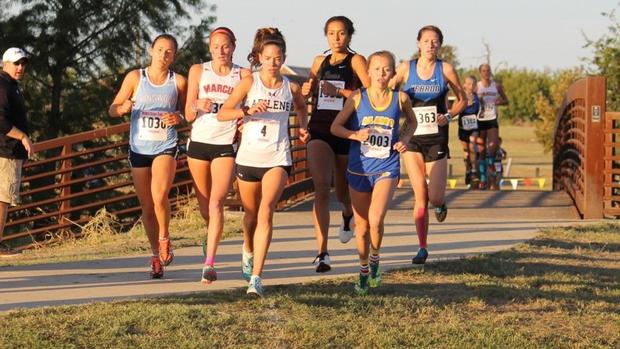 The Girls Gold Race at McNeil Photo By: running19

With this many teams running well, the team battle is going to be CRAZY, but we also can't over look the whats going to be a tough individual fight. All of the ladies listed above are going to be in the mix for podium finishes but there will be several individuals not on teams who will also be looking to get in the mix. Two runners to especially keep an eye on are Houston Lamar's Julia Heymach and Abilene's Ashton Endsley. Both girls are undefeated this year, and I don't think either have tapped into their full potential yet. They are two of the top returners from the 2014 state meet having finished 3rd and 4th respectively. Endsley has several major victories under her belt this year including McNeil and the Region of Doom. 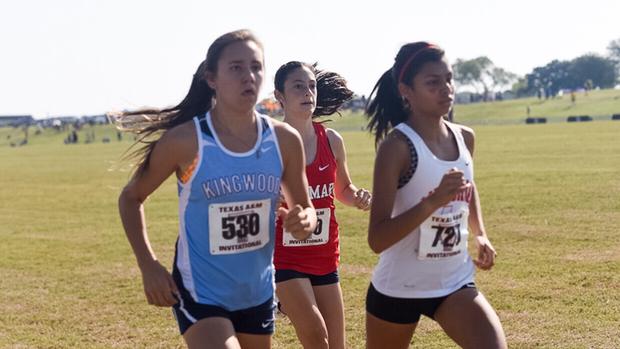 The Girls Race at Texas A&M Photo By Marisa Heymach

Heymach has also seen her fair share of successes including Texas A&M and Nike South, also she crushed the competition at Region 3, finishing the race with only one shoe. Unfortunately Paige Hofstad the 2014 runner up will not be racing due to an injury, but this will still be a tough race. Houston Memorial teammates Khayla Patel and Leslie Romero will look to mix things up in the top pack after a strong 2-3 finish in Region 3. Leander Rouse senior and University of Colorado commit Madie Boreman will look to have a strong run after winning Region 2 over Guidry and Gallagher. Boreman was in the mix at McNeil (7th) and has run limited races due to college visits, she will look have fresh legs heading into the state meet. Other notable individuals not on teams are, Arlington Martin senior Ashley Johnson who placed 4th at both Marcus I and Region 1, and Richland sophomore Binta Ka.