Keller, Southlake, The Woodlands, Oh My!

Heymach after last year's 6A State title.
State Championship Girls 6A Preview
Who (Teams): The Woodlands, Southlake Carroll, Keller, Katy Seven Lakes, The Woodlands College Park, Houston Stratford, and Marcus
Why: This race is going to be a close one. If I had to guess, the top three teams are going to be within only 10 to 20 points of each other. There's no denying the strength of the Region 1 teams here. Keller and Southlake are two of the favorites to win the title. 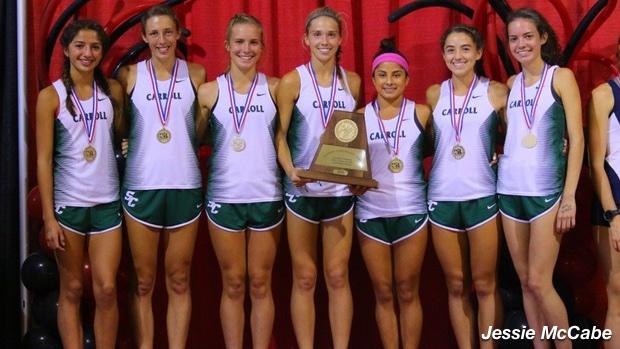 Keller is led by the dynamic duo of Abbey Santoro and Julia Black. The two have been racing lights out all year and have been practically inseparable. The team as a whole has taken major wins at Marcus 1 and the Chile Pepper Cross Country Invitational. Santoro finished second at Region 1 behind Abilene's Ashton Endsley while Black was fifth. Despite Keller's impressive performances, Southlake was able to beat KHS for the first time all season. Keller will need to see its young 4-7 runners pick up some key places to take the win at state as well as have its veterans continue their tough running. Obviously, only five score, but for both Southlake and Keller, their top five runners are strong and can be interchangeable. Southlake's power in its region win over Keller came from its 4-7 runners' performances. Their 1-5 split in that race was only 50 seconds, and they had an 18:15 average. Led by their duo of senior Gillian Mortimer and junior Catherine Tracht, Southlake will be looking to make a run for the state title.
The team that has the best shot to beat one of these Region 1 teams are the ladies from The Woodlands. Led by senior Lourdes Vivas, The Woodlands took the Region 2 title by storm with 56 points. They had a slightly worse 1-5 split than Southlake did in Region 1 but still an impressive 1:10. They have also won some big meets this year, including McNeil and the OSU Cowboy Jamboree. 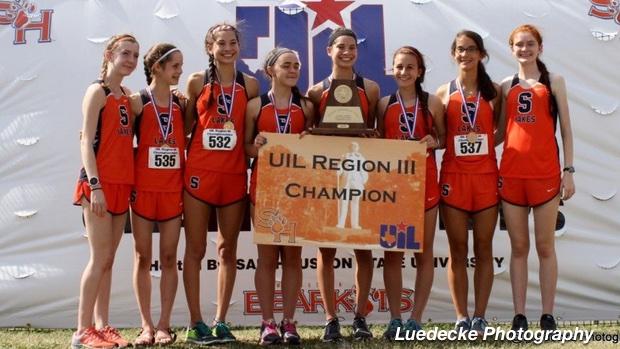 Some other teams looking to fight for a podium finish are Marcus, The Woodlands College Park, and Katy Seven Lakes. Marcus will have a tough fight for the podium this year. They lost several key seniors who pulled them to the win in 2015. One runner they didn't lose who was an intricate part of that team is Quinn Owen. She is finally back to almost full strength after a nasty sickness she battled earlier this season. Owen finished sixth last year at state and 11th this year at Region 1. The Region 1 qualifier was only her second full race back this year, so we will see if her late start helps against runners who've run all season. The Woodlands College Park is another team looking to hop on the podium. They were second in Region 1, led by freshman Madeline Orr. If they want a shot at the podium, they will need to improve their 1-5 split of 1:50. Lastly, we can't forget about Region 2 champions Katy Seven Lakes. The ladies from Seven Lakes rocked Region 3 with 65 points, holding a 56-second 1-5 split. That's one of the best 1-5 splits from a winning team out of all of the regions.
Final sleeper teams for a podium finish in no particular order include: Austin Vandegrift, Houston Stratford, Kingwood High School, and Katy Cinco Ranch.
6A Girls | 6A Boys
Virtual Meet Previews: Boys | Girls
HOME

Heymach vs. Endsley In a Showdown For The Ages 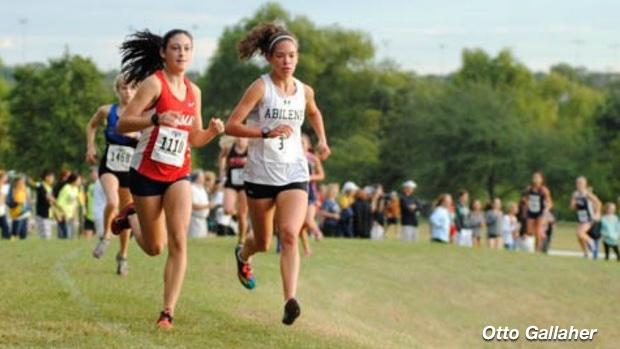 Who (Individuals): Julia Heymach, Ashton Endsley, Lourdes Vivas, Abbey Santoro, Julia Black, Abby Riordan, Gillian Mortimer, Reagan Kappel, Brooke Gilmore, Halena Rahmaan, Allison Wilson, Grace Custer, Laura Broman, Beth Ramos
Why: All eyes will be on the rematch between Ashton Endsley and Julia Heymach. The two battled down to the wire in their previous matchup at McNeil earlier this year. They will look to put on another show this time around. At McNeil, Endsley got the better of Heymach, but for the past two years, Heymach has been practically unstoppable at state. Last year, she was the state champion by over 30 seconds, and the two years prior she finished in third and second place. This year at Region 3, she dominated the competition by almost over two minutes. Heymach is no stranger to competing at the highest level, having competed at the World Youth Championships and several other national-level meets. Endsley has plenty of big-time race experience as well, having finished sixth at last year's Nike Cross Nationals and having competed at Brooks PR and New Balance Nationals. At state last year, she finished 11th in the muddy conditions but ended her season with a big run at NXN. It's hard to say someone other than one of these two will take the title, but anything can happen at state. 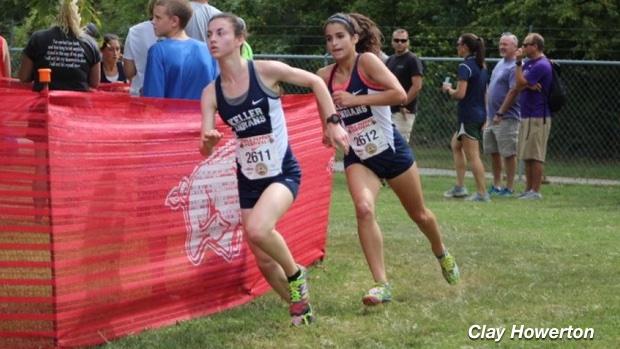 Some other big names who will be in the mix are Lourdes Vivas, Abbey Santoro, Julia Black, Abby Riordan, Gillian Mortimer, Reagan Kappel, and Brooke Gilmore. Vivas took the win at Region 2 by almost 15 seconds over Montgomery's Halena Rahmaan. Vivas has been in the mix in every race she's run this season, including McNeil where she placed fifth, and the OSU Cowboy Jamboree where she was second. Vivas will be running for not only herself but also the entire Woodlands team. Running for the team will be true for many of these runners, including Santoro and Julia Black. These two will be battling hard for Keller and will be looking to run together the entire race. Santoro was third in last year's state showdown, while Black was 27th. Cinco Ranch's Reagan Kappel finished second a year ago at the state meet and will look to repeat that performance again this year accompanied by teammate Megan Hopper. Another top 10 finisher looking to be in the mix again this year is Hebron's Abby Riordan. She finished eighth last year at state and 10th this year in the Region 1 meet. She's been in the top 10 in almost every race she's competed in this season and will look to keep up that strong racing at state. One individual hoping to make an impact without her team is Belton's Brooke Gilmore. She was at the state meet last year but didn't have the result she anticipated. This year she's coming back stronger and looking for a higher finish. Lastly, are the Region 2 sophomores of Halena Rahmaan, Allison Wilson, and Grace Custer. The three finished second, third, and fourth, respectively, in Region 2.
To wrap things up, here are the top 10 individual sleepers in no particular order:  Ashlyn Hillyard (Plano Senior HS), Arianna Lopez (Southlake), Laura Fairchild (Flower Mound), Carolyn Evans (Austin Bowie), Madeline Orr (The Woodlands College Park), Ava Peeples (Lake Highlands), Laura Broman (Katy Seven Lakes) , Theresa Mccomiskey (George Ranch), and Sarah Antrich (Kingwood).
6A Girls | 6A Boys
Virtual Meet Previews: Boys | Girls
HOME
Tweets by TXMileSplit