Southlake, The Woodlands or a New Champion? 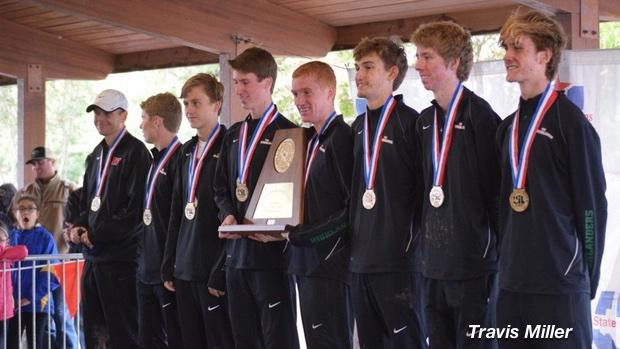 Who (Teams): The Woodlands, Southlake Carroll, El Paso Eastwood, Katy, The Woodlands College Park, Flower Mound, and Northwest Nelson
Why: This race looks to be a repeat of last year's battle between The Woodlands and Southlake. Both squads are led by veteran coaches who know how to make sure their teams peak at the right time. William Hunsdale and Noah Wells have been The Woodlands' 1-2 punch all season followed by a tight pack of runners closely behind. Their 15:35.43 average and 42.36 1-5 split says it all: These guys are good and will be fighting to reclaim their state crown again this year. 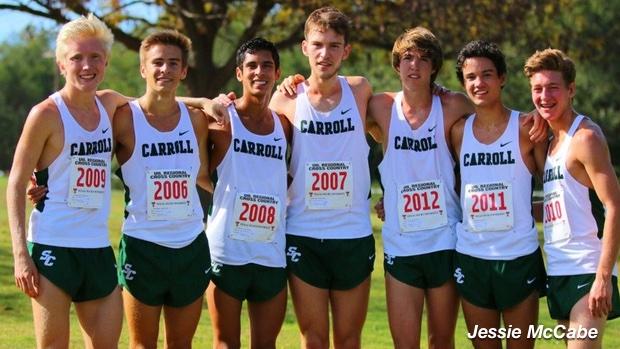 That's not to say it's going to be easy, even for a well-oiled machine such as The Woodlands this season. Southlake looks to stand in their way again. Hungry to reclaim the crown after last year's second-place finish, Southlake is led by one of the power four (see individual race preview), Reed Brown, who hasn't lost an individual race in Texas all season and looks to keep it that way. His teammates Charlie Gardner and Nicholas Fernandes both have state meet experience and will look to improve on their finishes from last year to help Southlake battle The Woodlands. 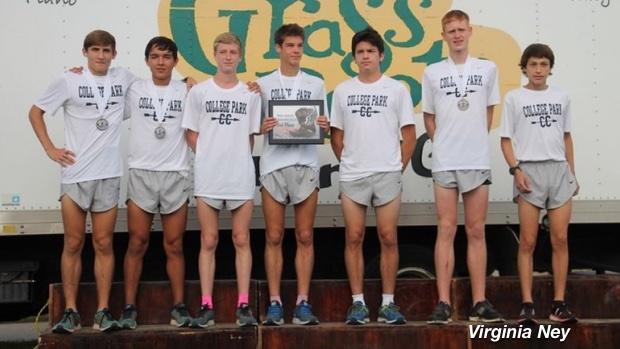 Some teams that could pull a sneak attack for top two finishes--but are definitely in the fight for third place--are Katy, El Paso Eastwood, The Woodlands College Park, Flower Mound, and Northwest Nelson. Led by senior Ryan Yerrow, the Katy guys captured the Region 3 after scoring 66 points. They were also the McNeil champion over some of the best teams in the state. El Paso Eastwood is another team that's had some big wins this year. They made history after taking the Desert Twilight XC Festival by storm and defeating several teams that were nationally ranked at the time. They also snagged a win over Flower Mound and Northwest Nelson at the Southlake Carroll Invitational in early September. The Woodlands College Park has been living in the shadows of The Woodlands for most of the postseason. While TWCP took second to The Woodlands at districts and the Region 2 state qualifier, it is the team most likely to battle for one of the top two spots with The Woodlands and Southlake at state. They have an impressive win of their own at the Rim Rock Farm High School XC Classic. Flower Mound and Northwest Nelson suffered losses to both Southlake and El Paso Eastwood at Region 1 but have been in the mix for a podium spot in almost all of its races this year. With a big race, either team could see a top three finish.
6A Girls | 6A Boys
Virtual Meet Previews: Boys | Girls
HOME

Can Anyone Take Down The Power Four? 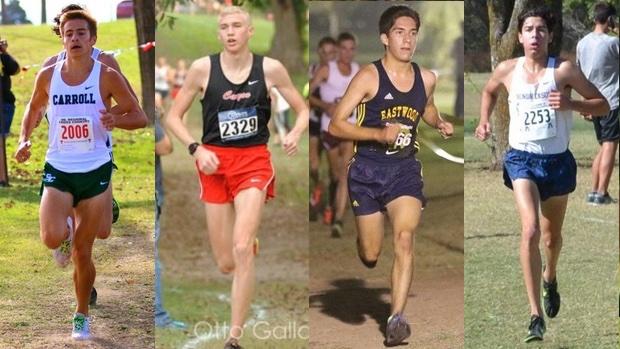 Who (Individuals): Sam Worley, Reed Brown, Daniel Bernal, Alex Maier, Ryan Yerrow, Daniel Viegra, Theo Goff, Justin Botello, William Hunsdale, Noah Wells, Ethan Hageman, Wes Mcphail, Briggs Wittlake, Connor O'neill, Cruz Gomez, Matthew Kearney, Worthington Moore, Jason Bugg
Why: Watch out for the power four, but who are they you might ask? Sam Worley, Reed Brown, Daniel Bernal, and Daniel Viegra are not only some of the best runners in the state but also the entire country. This will be the first year all four are running at the top of their games. Worley is coming off a win at Region 4, Reed off a win at Region 1, and Viegra a win at Region 2. Bernal is the only one who didn't win, but Region 1 is arguably one of the toughest regions for 6A. These runners have been dubbed the power four, because they've been four of the strongest runners in the state since their sophomore years. Back at the 2014 state meet, all four of these guys finished 13th or higher. Last year's state meet wasn't as impressive for the power four with conditions being less than ideal and Viegra out with injury, Worley running sick, and Bernal falling all the way back to 74th. Brown was the only one who finished in the top five in 2015. This year has been different. Leading up to regionals, all four runners were undefeated in the state of Texas and already had major wins under their belts. Brown has wins at Marcus I and the Chile Pepper Cross Country Festival, where he set the course record of 14:41.56. Daniel Bernal set his own course record this year at the Desert Twilight XC Festival, where he ran 14:45.60. He also had wins at the Southlake Carroll Invitational and the Canutillo Invitational. Worley took down most of Texas at the McNeil invitational, where he covered the new course in 14:41.11. Worley also won his district meet, and as mentioned earlier, he handily won Region 4 in 15:38.40. Lastly, the season accomplishments of Viegra are impressive. The Pflugerville Hendrickson senior suffered a hip injury after cross country districts in 2015 and hadn't raced in almost a year until the Austin Westlake Invitational in early October. He took the invitational by storm, running almost sub-15 minutes for 5K, and then went on to win the Region 2 meet. Between Worley, Brown, Bernal, and Viegra alone, this race is going to be one of the record books. But they are not the only ones in the race--there are a bunch of other seniors who are eyeing a run at the podium. 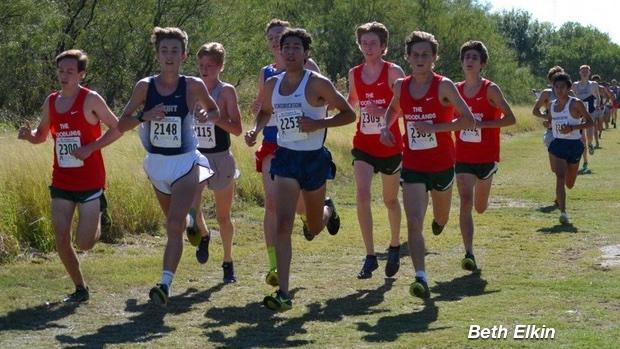 Among the seniors who have state meet experience and will look to shake things up at the top are: Ryan Yerrow, Theo Goff, Justin Botello, William Hunsdale, Noah Wells, Briggs Wittlake, Connor O'Neill, Bryce Quigley, and Jason Bugg. Yerrow comes off a win at the Region 3 where he won by nine seconds over Strake Jesuit's Jason Bugg. Both guys could be in the mix and have finished well in several major meets throughout the season. Out of Region 2, Pflugerville Hendrickson's Justin Botello is one of several seniors who can make a big impact in this race. Botello, who trains with Viegra and runs on his hip in almost every race, will look to improve on his 14th-place finish from last year. Two other teammates in the mix are Hunsdale and Wells from The Woodlands. Hunsdale finished second in Region 2, while Wells finished sixth. Both of these runners were on The Woodlands' state championship team from last year and finished in the top 10. Two more seniors who will look to stay in the top 20 this year after great finishes in 2015 are Whittlake of Amarillo Tascosa and O'Neill of Dallas Jesuit. Combined the two have several wins and top five finishes from this year alone. 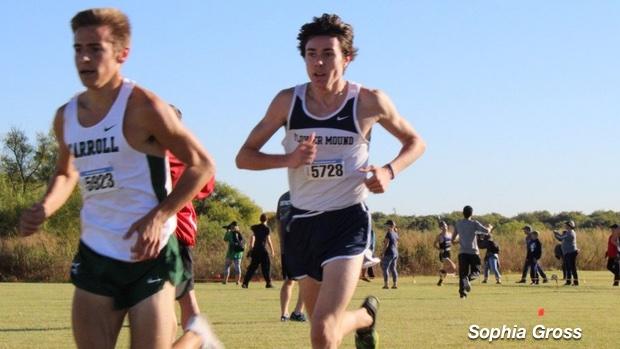 The guys mentioned above were just the senior class! The juniors and underclassmen have some runners to watch out for as well. One underclassman who we have to mention is Flower Mound sophomore Alex Maier, who proved he's the real deal after bursting onto the scene early at Marcus I and finishing second behind Brown of Southlake. Maier continued to prove he's supposed to to be at the top of pack by finishing first or second in every race he's run this season. His only losses have come to the guys in the power four. 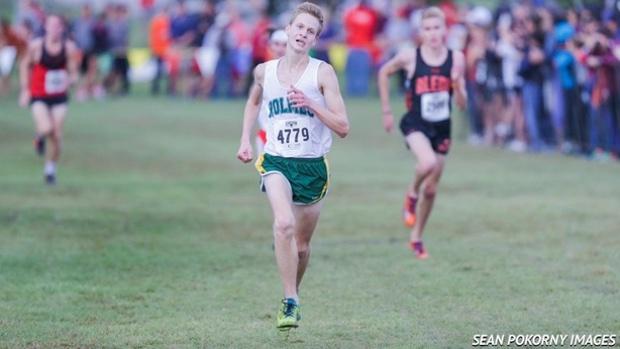 Other juniors and underclassmen who will be fighting to claim their time in the spotlight are Ethan Hageman, Wes Mcphail, Matthew Kearney, and Worthington Moore. McPhail finished fourth in the tough Region 1 race only behind Brown, Maier, and Bernal. McPhail paired up with senior teammate Wittlake will look to have redemption race after a rough one last year in muddy conditions. San Antonio Holmes junior Ethan Hageman, meanwhile, flourished in the race, finishing fourth his sophomore year in the loaded field. He will be looking to match or improve that result this year after a runner-up finish to Worley at the Region 4 qualifier. Just on his heels was fellow junior Matthew Kearney and sophomore Cruz Gomez. Kearney had a strong sophomore year but has been relatively quiet this year as far as wins. On the other hand, he has had several top 11 performances, including 11th in the McNeil Gold race, fourth at the Austin Westlake Invitational, and fourth at the Islander Splash Invitational. Gomez hasn't been shy of running well in major races either, finishing 13th at the McNeil Invitational and winning the smaller Brownsville ISD Invitational. Lastly is Atascocita's Worthington Moore, who burst onto the stage this year with some big performances, including third at Texas A&M Invitational, fourth at College Park Invitational, and third at the Region 3 qualifier. He raced McNeil earlier this season and didn't have the best race (59th) but will look to use the state meet course experience to his advantage this time around.
To wrap things up, here are the top 10 individual sleepers in no particular order: Max Smith (Del Rio), Brady Grant (Lake Travis), Cooper Godfrey (Clear Falls), Ryan Schoppe (La Porte), Jeffrey Price (Strake Jesuit), Gavin Hoffpauir (The Woodlands), Adam Cortez (El Paso Franklin), Jake Johnson (Allen), Sebastian Moreno (El Paso El Dorado), and Eric Casarez (Keller Central).
6A Girls | 6A Boys
Virtual Meet Previews: Boys | Girls
HOME
Tweets by TXMileSplit