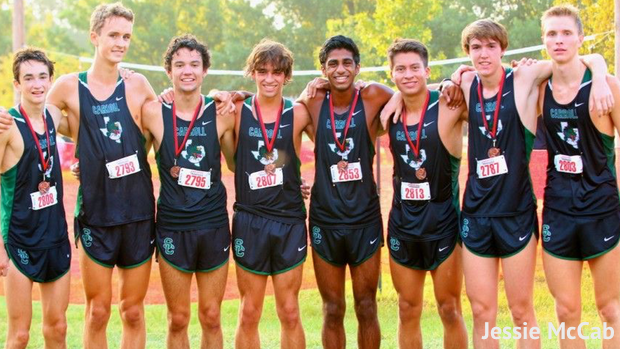 The Silver Lakes Sports Complex in Norco, California will once again host the Skechers Woodbridge Cross Country Classic. The meet is usually held at the Orange County Great Park, but due to on site construction, Silver Lakes will host for the second year in a row.

Last year, it was home to some of the fastest cross country times in the nation. We saw Brie Oakley of Grandview High School, (Colorado) break the overall meet record on the girls side, becoming just the second female to dip under 16 minutes in a time of 15:54. Also, Luis Grijalva from Armijo High School (California), who now at Northern Arizona University, won in 13:58. The course is only a 3 mile course, but those times were still quite fast.

Texas teams and an individual athlete will head out to the West Coast and take on some of the best teams and runners in that region. Southlake Carroll boys and girls competed in last year's meet. This year they make the trip again and should definitely be teams to watch out for. 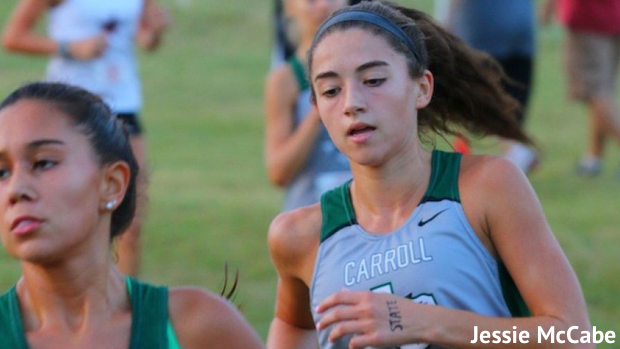 The Carroll boys have been running extremely well since day one of the season. They've won every meet they've competed in so far and they've dominated. In their first race of the season, they ran at the Hebron Friday Night Hawk Invitational, which was a 2 mile race. Carroll went for a 10:04.86 team average and had a 15 second 1-5 split. A week later at Marcus I Invitational, they impressed with a team 5K average of 15:55.80 and a 17 second 1-5 split. With this weekend's distance being 3 miles, don't be surprised to see close to a 15 flat team average from Carroll and a sub 20 second 1-5 split.

Carroll runners will leave no doubt that a Texas presence is on the West Coast as they proudly wear Carroll on their jerseys. This year's Carroll uniforms also have a big imprint of the state of Texas on it as well. 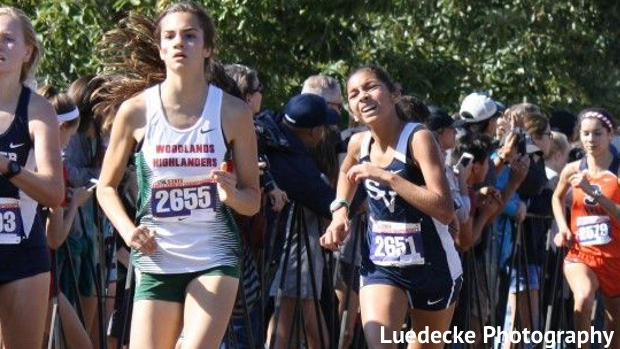 Also, looking to get some of the California action are The Woodlands girls. The Lady Highlanders have had to endure some effects of Hurricane Harvey within their Houston area community. Issues related to ability to train consistently and having meets cancelled have been just some early season challenges, but they will look to have quite the performance at Woodbridge.

The Woodlands was finally able to get a meet in last weekend as they ran at the Cy Woods XC Invitational. They went for a 19:41.79 team average and a 36 second split over the 5K distance. This will be their second competition of the season and they will be looking for an even better performance. 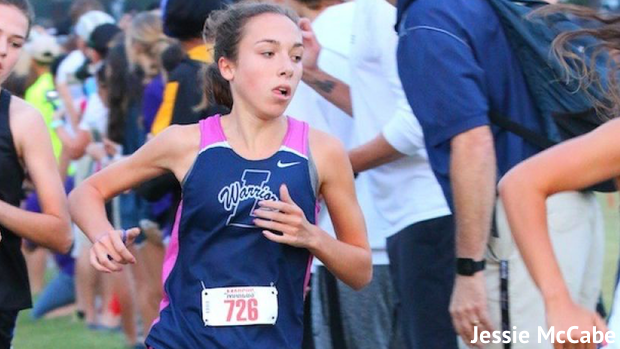 Individually, Argyle Liberty Christian's ELIZABETH RENEAU will also be making the trip to Woodbridge. Reyneau is currently ranked #3 in Texas and #9 nationally for 5K with her 17:31. Running 3 miles on a fast course could spell trouble for the individual race with Reneau in it. Woodbridge always has elite national level talent running, but Reneau has bests of 2:15-800m, 4:56-1600m, and 10:34 3200m speed. Letting her loose on a fast course like this will be fun to watch.