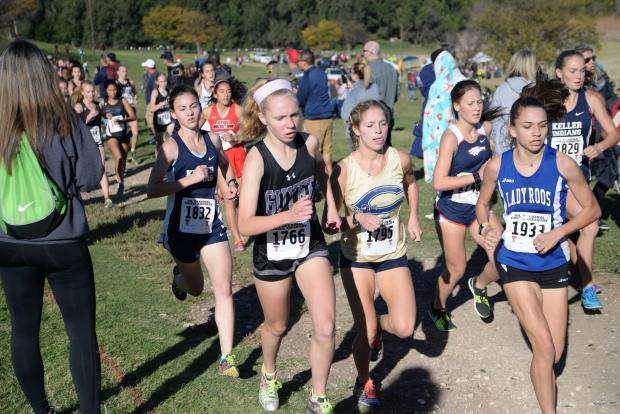 This Saturday is the Texas State meet and many El Paso runners are looking to run well. El Paso had many runners and teams qualify for the big dance, the teams and individuals range from 3A to 6A.

The 6A girls from the El Paso area are led by Franklin freshman Eva Jess, who has run well all year long. Jess has a good chance at earning at top ten finish after her impressive performance at the regional meet. She managed to beat out some of 6A toughest competitors for her fifth-place finish such as Abbey Santoro of Keller, who currently has the ninth fastest 5k time in the 6A division.

Following Jess is Jenelle Darakjy of Coronado and Natalie Gomez of Socorro, both finished within two seconds of each other. These two are also looking for a top ten finish as well and they have a good shot at it too. Their region performance showed that they have the fitness to hang with the best as they both beat Catherine Tracht of Southlake Carroll. Tracht currently holds the eleventh fastest 5k time in 6A so for those two to beat her says a lot about their potential at a top ten finish.

Much of the talk for the 6A boys surrounds Eastwood, who managed the upset at Region I and claimed the team title. The boys have a good chance at winning the state title this year, but will face opposition in the Woodlands.  The Eastwood boys are led by Anthony Molina and Gabe Armijo who have proven they can run with most team's top two runners and are sure to give Eastwood some good points with a low finish. The boys are supported by a strong 3-6 who can step it up when the team needs it and this dynamic is what gives Eastwood a high chance at the gold. 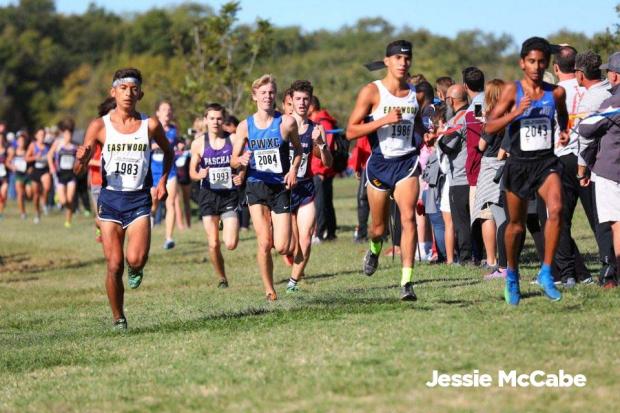 Liam Walsh of Coronado is the sole 6A individual qualifier for El Paso. The junior has proven that he can run a tough race. At the region meet he went out with the leaders and hung on until the end earning him his seventh-place finish. He is sure to repeat this at the state meet and it will surprise many when he hangs on tight for a possible top ten finish.

Chapin junior Skyler Goodman is looking for a top ten finish. Goodman is in for a tough race as she currently has the thirtieth fastest 5k time in 5A this year. Although that won't shake Goodman's confidence as she is used to challenge since she has been facing runners like Eva Jess and Jenelle Darakjy all season long. Goodman is sure to land herself in the the top twenty but if she is feeling good she will be the contention for a top ten finish.

Michael Abeyta of Hanks and Aaron Gilliam of Irvin are the 5A boy individuals. Both are looking for a top ten finish. Gilliam was twenty-third last year at the state meet but the senior is leagues of above his fitness from last year, he should have no problem finishing within the top ten. Abeyta was sixth last year and looks to earn the state title but he is in for a tough challenge as he's in for a rematch with Graydon Morris of Aledo, who bested him at region. Morrison is just one of a few runners that beat Abeyta at the state meet last year, and they are all looking to win the meet. 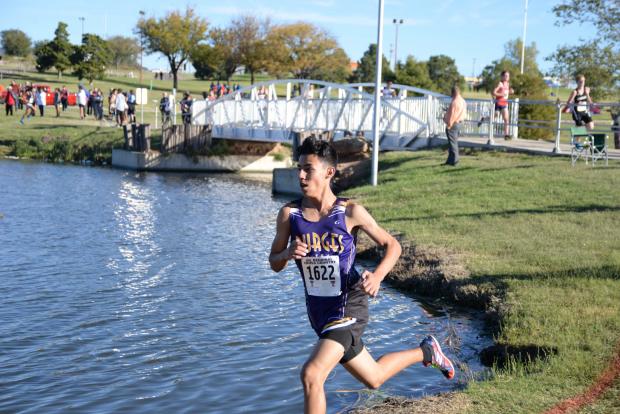 El Paso Austin is eyeing a spot on the podium this year. The fifth place team from last year returned their top three runners and added two more who are better than their four and five from last year. The boys will face some good competition from El Paso Burges, who finished just above them at regionals. Unfortunately, both teams chances at a top 3 finish are not looking good as they have to face the tough teams of Lucas Lovejoy, Rio Grande City, Grapevine and Cedar Park who are all on the Flo 50 rankings.

Tornillo was second last year to Luling at the state meet but the team this year is going to challenge Luling for the title.  The Tornillo boys last year lost to Luling by twenty-four points but last year's team came in with a 17:08 team average from region. This year's team is coming into the meet with a 16:57 average which is sure to help raise their chances at the title. The only thing that hurts Tornillo is their five who comes in a full minute behind their third runner. If their five steps it up it is sure to be a close battle between Luling and Tornillo.

Be sure to look out for the results from the state meet this weekend to see how all the El Paso runners fare against the rest of Texas. I'm sure many of them are sure to surprise some people.