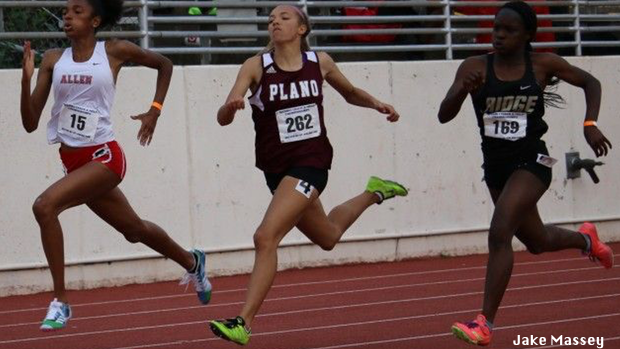 Blackmon dashes to the line against stiff competition

The Plano senior had a productive junior season making it all of the way to the UIL 6A state finals in the 200m.  Blackmon has shown that she has the range that is desired from sprinters. Her PRs are 11.84, 23.84, and 53.96.

Aside from the state meet, Blackmon gained outstanding experience representing Team Texas at the Great Southwest Classic and her club team at the USATF Junior Olympic Games. She earned fourth place in the 200m and was the champion in the 400m helping to earning her scholarship to Oklahoma University next Fall.

There are definitely some big names returning in the sprints, but don't overlook Blackmon! 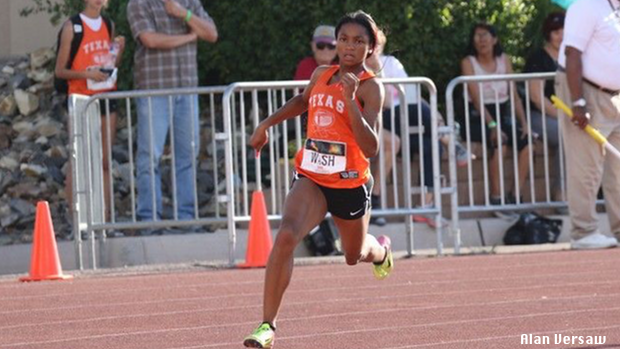 Last year, Wash was just a freshman, but that did not stop her from being a major part of DeSoto's success. She played a huge role in her team's records and UIL 6A state title. This year, could be Wash's individual coming out party.

One year older, more experienced, and wiser -- Wash could be in for an outstanding season. She ended last season with a 25.10 200m PR and a 55.48 PR in the 400m. That could all easily change. She definitely has the ability, but her DeSoto practices will be like the state meet day in and day out. DeSoto has the horses to sharpen any piece of steel there is and that could make 2018 quite a year for Wash.

Owens is a 400m specialist. Her freshman year was a learning year, but one important learning tool for her was the UIL 5A state meet. That's right, she got it in early as she ran fearlessly through the tough Fort Bend Bush season and earned a sixth place finish at state.

Owens has the pedigree in the family as she was preceded by sibling (Jarra Owen) that have performed well at the state meet. Now that older sister is competing at Texas A&M, the time is all Laila's as she will look to take the next level of running in the state. Her 25.30 and 54.75 PRs are good places to start and without a doubt she will be looking to lower them. 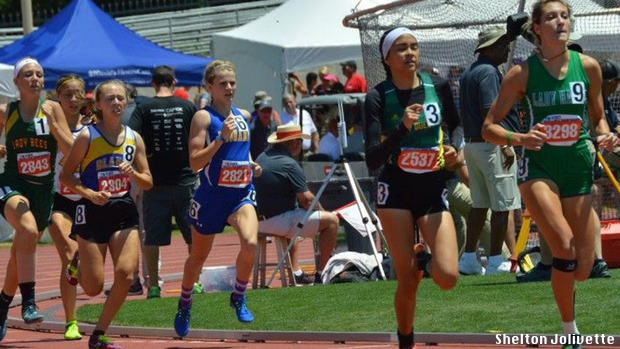 We have Tobias listed as a distance runner, but she can fit in a couple of categories. Tobias is the two time UIL 3A state champion in the 800m. You could ask, how is a champion an X-factor? Well, coming from 3A, a big 2018 season could see her make an even bigger impact on the entire state.

Just an added bonus, While she was at the state meet winning a state title, she also competed in the high jump where she took fifth place in that. 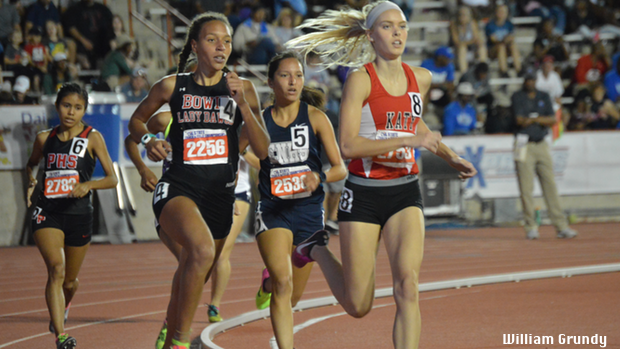 These two ladies compete agains each other week in and week out. They have had their handful of battles over the year. They seem to go hand and hand, including to either the state cross country meet and the state track meet. They have both been two of Texas' top runners and this year could be their year to break out in a major way.

Ramos is just a decorated as Robles. Last year, she placed sixth in the 1600m and fifth in the 3200m at state. Her 4:57.26 and 10:40.81 are amongst the top returning in the state and she could very well medal in both events this season. She is coming off of an 11th place finish at the state cross country meet and that momentum could propel her the the top during the track season. 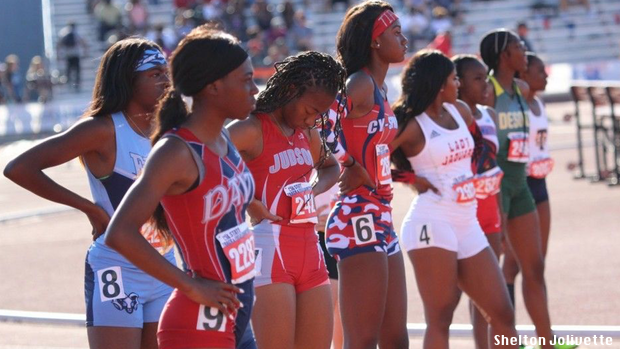 Last year, the girls relays were off the hook and this year will only get better. Several Texas quartets were blazing led by Mesquite Horn's 4x100 relay. However, several teams had top times in all three relays like DeSoto, Duncanville, Cy Springs, and McKinney North.

The thing to see is which teams will have the returning runners or pieces to fill in for graduation and transfers. DeSoto had a very young team and should be made up of mostly sophomores and juniors that could see the extend their dominance and reach the next level of national prominence and national records. They set a UIL 6A 4x400 relay record last season and the sky is the limit for them this season.

If one team has been a thorn in the side of DeSoto, that would be their neighborhood nemesis Duncanville. Duncanville is also loaded again this year and they could join DeSoto in making even more national buzz in both relays and individual events.

McKinney North and Cy Springs have been two of the most balanced teams over the last several years. Both teams have had to cover graduating athletes, but both squads have always had the talent and coaching that enables them to reload.

This should definitely be an outstanding season on the girls side!