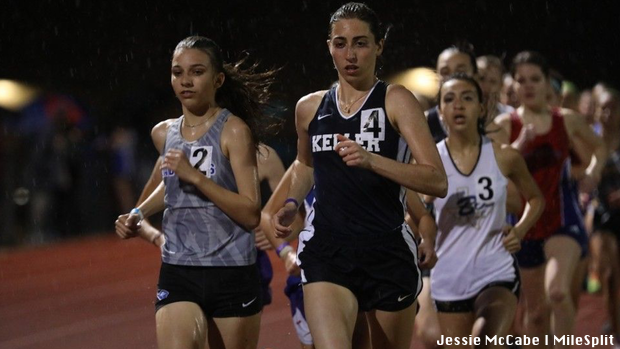 So how do you follow that up? By bringing in kids that still put the hammer down.

This year's boys group consisted of over ten boys who were either NXN or Foot Locker finalists.

This year, times weren't as fast, partly do to the elements, but the field was just as impressive providing an exciting finish as only 2.22 seconds separated first and fourth place finishers in the boys race.
A total of eight boys dipped under 15:00 including the mad dash to the finish kick by Carter Cheeseman to narrowly nip Danny Kilrea at the line.
However, the rest of the field still ran impressively in the adverse weather conditions turning in a 15:15.17 average for the top 20 finishers.
On the girls side, they brought in just as many elite girls if not more when you include two of the best cross country teams in the nation in Keller and Southlake Carroll.
The girls Elite 5K was just as impressive as three girls ran faster than the previous meet record. Winner London Culbreath, runner-up Libby McGrath, and third place finisher Ashlyn Hillyard all ran faster than the 17:08 former meet record. On top of that a heat full of many PRs were dropped in the pouring rain.
Culbreath ran an average of 40.3 seconds per 200m with McGrath on her hip for most of the race as both girls ran under 17:00 and all three girls ran faster than Culbreath's 2017 winning time.
Perhaps, the draw for the future TDFs will be the girls race. The top three finishers are all returning next year and will hopefully do it all over again. Only five of the top 20 girls were seniors and only two of them in the top ten with five of them being freshmen. Four of those freshmen ran 18:01.72 and under. 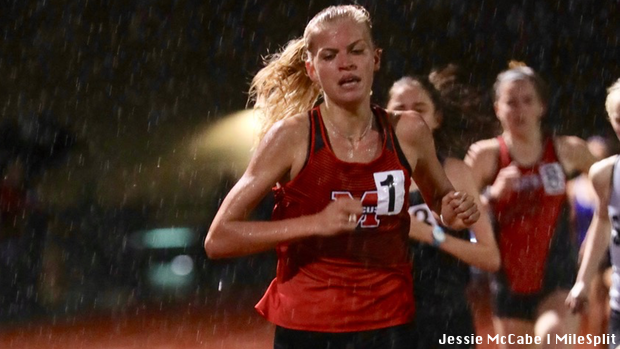 The 1600m races were also big bang for your buck type races. The rain was really pouring down on those athletes making the optics and challenges even better and greater.

PRs were also going around as two outstanding freshmen were able to drop their times. Denton Guyer freshman Brynn Brown was in contention for the win for a majority of the race was able to keep up despite the hard rain hitting her in the face and get a 12 second PR. She dropped her best time from 5:10 to 4:58.73. She wasn't the only freshman to get a big time PR as Lewisville Hebron freshman Keaton Morrison ran a 5:02.49 to take fifth place right behind Brown. 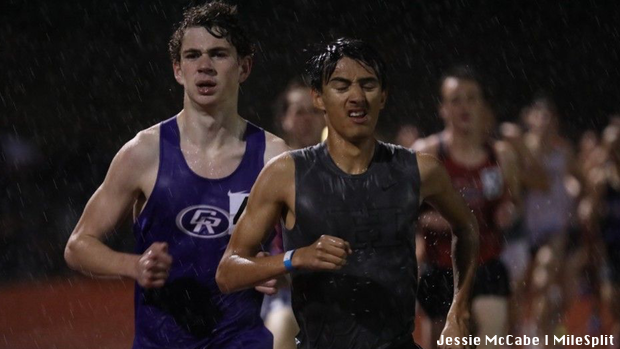 On the boys side, Michael Abeyta from El Paso Hanks and Sean Prendeville of Round Rock Cedar Ridge gave the crowd some excitement in the boys 1600m.  Abeyta led most of the race until Prendeville took the lead only to have Abeyta put on a wicked last 120m to take the win in 4:16.40. Prendeville still ran a 4:17.27 and Lake Travis senior Brendan Hebert would take third in 4:19.59.

This race would be the fastest race of the year so far this year as it is the only the second race in the nation to two times in the top 15 rankings and the only race to produce three sub 4:20 times.

The TDF is real and it is strong and will only get better!