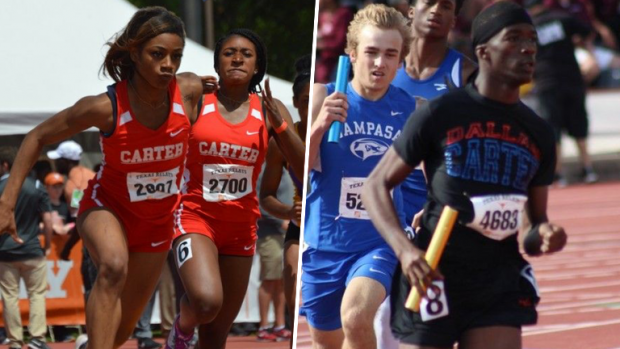 The Dallas Carter Cowboys girls and boys teams had high expectations going into the 2017 UIL 4A state track and field meet. That was with good cause because both squads were loaded with sprint talent.

Both teams scored big time points in the sprints and relays. That's how the girls were able to bring home that championship, but despite the boys outstanding efforts, they fell just short of the top spot on the awards stand.

The girls graduated a couple of key girls off the 2017 squad that scored a whopping 72 points to take a 24 point win. However, they return All-American sprinter Sha'Carri Richardson. In 2017, Richardson was the difference maker as she accounted for 24 points all by herself and her squad will be looking for her to do much of the same to help bring home the trophy again.

After calculating Richardson's contribution, the 4A repeat title chase will still require big time performances from the relays. 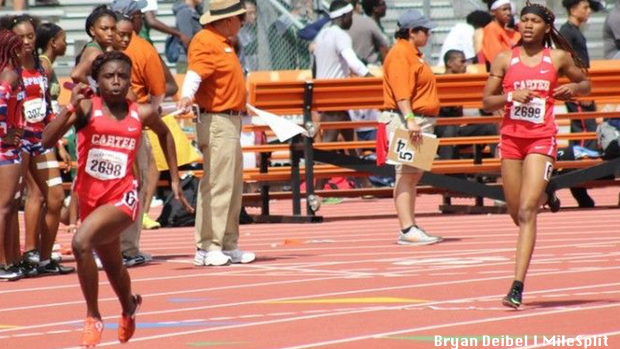 The Carter girls get started at the Area meet today that will put districts 9-4A and 10-4A against each other. It will be imperative for Carter to qualify their 4x400 if they want to have the best hopes and odds of repeating.

The Carter boys also made quite the statement at Texas Relays. They straight up brought the speed!

One of the most versatile runners in the nation LaKyron Mays of Carter got plenty of action at Texas Relays. By that, I mean he got plenty of walking and cheering on his teammates for their dominating performances, but, he didn't run. The coaching staff sat him out and he got to witness along with the rest of us how explosive his squad really is.

The Carter boys are more than the fast relays and Mays. Today, will be the day that Carter exercises their plan to qualify as many to state as they can. 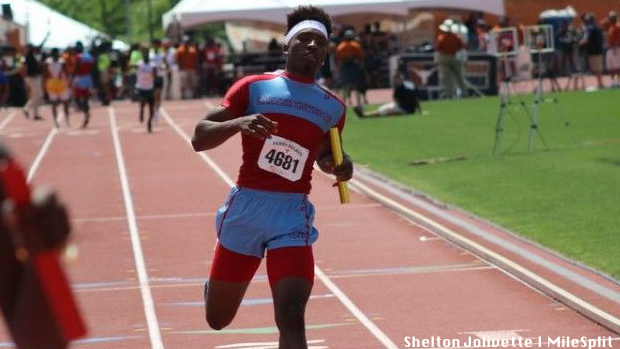 Some of the other Cowboys with individual possibilities are junior Cedric Hayes and sophomore Michael Samihamba. Hayes comes in after a 10.92 second place finish at the district 10-4A finals and Samihamba won district 10-4A in the 200m and he will compete today to try to make it to his second regional finals.

Then there is senior Trevion Ware. Ware was second in the 400m at district behind Mays and he is possibly the heart and soul as well as the emotional leader of the Carter squad.

Just like the girls, the Carter boys will begin the second leg of their mission back to the state meet. They will look to advance as many individuals and relays as possible.

They both have legitimate chances of getting back on the awards stand as well as winning the 4A state meet. Can Dallas Carter take home both UIL 4A state meet titles in 2018?

If so, they'll have to survive today's District 9-10 4A Area meet, but Carter is definitely on a mission!