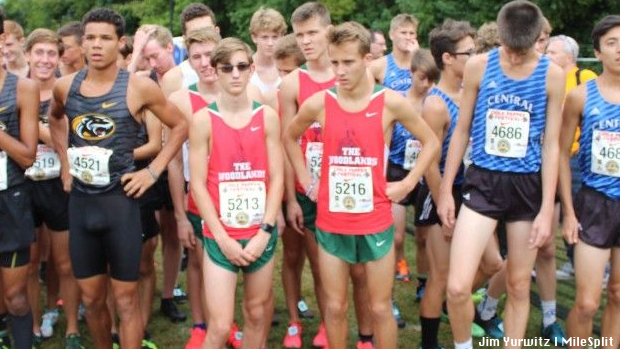 This weekend was as big of a weekend as we have had all season long for cross country. The weather was kinder to us than the recent past allowing some important races to facilitate a little insight into the condition of the individual and team capabilities.

State meet and NXR South pictures were supposed to get a little clearer, but ended up becoming even more perplexing. 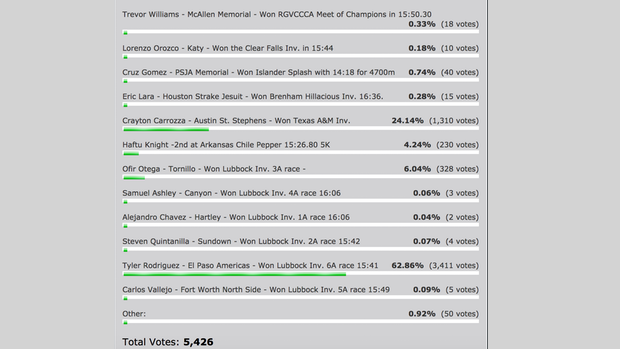 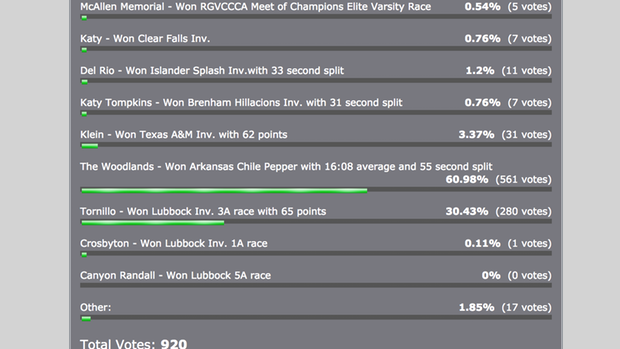 Last week's poll was won by El Paso America's Tyler Rodriguez for his outstanding performance at the Lubbock Inv. Rodriguez used his 15:41 to earn 3,411 votes for 62.86% of the vote for the win.

In the team poll, The Woodlands ran away with the win in the poll just like they did with the race at Chile Pepper last weekend. They dropped a 16:08 team average last week and that earned them 60.98% of the vote with 561 total votes.

This past weekend was full of elite performances and will no doubt create another outstanding poll. Check out both the individual and the team polls to vote for the performers who you feel deserve your votes.