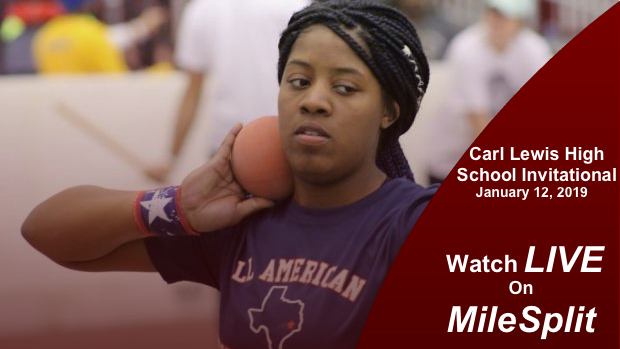 The 2019 Carl Lewis High School Invitational will be LOADED!

There are thousands of athletes from Florida, Colorado, Louisiana, and of course Texas. There should be some explosive performances from all over the field house.

Check out five things you should watch out for this Saturday.

Will Sprint Times Be Faster On New Track?

The previous track at Yeoman Field House was know for being fast as well as not so fast.

In the 60m and 60H, the times dropped on that track year in and year out were elite. However, for every event that had a lap or more wasn't known in the same light. The sharp and flat turns were tough to take and weren't conducive to producing fast performances.

Will the boards change things? The straight on this track is in the middle of the facility and not as close to the crowd. The track is also on wood that will provide some give and bounce to sprinters that could help make things fast. It will need it to live up to the history of the old track.

The banked curves will be a welcoming addition for athletes and coaches. Times in the 200m - 1600m could all see a lot more faster times than we are used to seeing at this meet.

Fast athletes also have something to do with the end results. Keeping an eye on the 200m and 400m results, last week's performances are signs that tomorrow could produce new records.

In the 200m, athletes like Mariah Ayers, Deja Shaw Huckaby, Dynasty McClennon, Brooke Givens, and Keondra Davis could provide fireworks. All of these girls qualified for the finals last week and ran sub 25s both days.

Be on the watch for records to fall.

The meet record could fall in the prelims! Olympian, Kelly Willie's 48.92 was quite a performance on the former track. However, the new track could make it possible for his 19 year old record to go down.

Last week, we saw some big times posted. Nathaniel McRae won as he dropped a 49.02 in the prelims and then a 48.27 for the win. Then there is Moyo Oyebamiji who has a 46.77 outdoor PR. He ran a 21.63 for third place overall in the 200m last week, as he steps up a distance and could make a special race tomorrow. 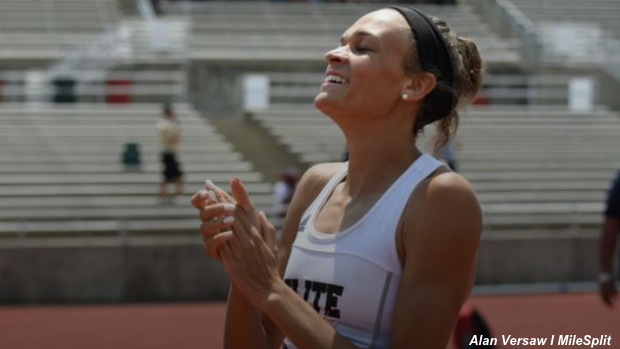 Will Girls Hurdles Bring The Heat?

All four girls were finalists last year and clearly went on to superb seasons. Now, they are seniors and are on a collision course towards tomorrow's finals.

The girls 800m race has a couple of girls who could push for a new record. The current record is 2:15.47, which was set back in 2002 and it could be in jeopardy on the new track.

Then, there is Oklahoma sophomore Daphne Matthews who has a 2:12.28 outdoor 800m PR. However, the ironic thing is she ran 2:15.97 last year as a freshman at the Texas Tech Under Armour High School Classic.

The girls mile is another race that could see new records. The girls 5:06.96 standard was set in 2013 by Rebekah Topham. However, this race has the the makings of taking that down. Last year, freshman Libby McGrath and sophomore Jordan Mathis finished first and second going 5:11 and 5:14. This year, both girls are older, stronger, and faster.

They could have company with Riley McGrath, Krianne McBride, and Anna Casey entered for the race. Riley McGrath ran to a 6th place finish last week and McBride was 9th with both girls going sub 5:20. McBride is the 2018 AAU 1500m champ for her age group and is experienced in big races. 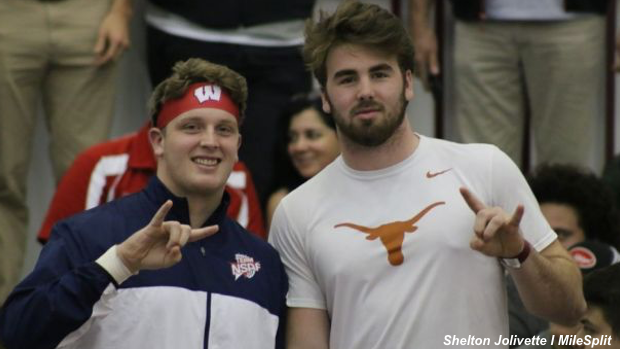 The shot put was a tough and competitive event last week on both the girls and boys side. Tomorrow's events will be the second edition.

Amelia Flynt, KeAyla Dove, Kiana Lowery, and Chrystal Herpin will bring the muscle for the girls. Flynt and Dove went 1-2 last week as both girls with Lowery threw over 41 feet.