Most region meets have the best athletes in their general areas competing for state meet berths, so having a reliable and consistent talent field established isn't new.

With that, like several regional meets, the Houston area has some big time milers and they were ready to put on a show this past weekend.

The race began to form when Emmanuel Galdino took the lead and tried to pull away. On the last lap with 300m to go, Reese Vannerson began to challenge for the lead eventually taking control and pushing forward and generating a 5m lead. When coming off the turn for the finish line, it was Vannerson and Galdino in the lead and in the two automatic qualifying positions.

However, that's when Ruben Rojas Betanzos began to make a push; he carried his kick all of the way to the finish line and edged both Galdino and Vannerson with a time of 4:13.74 for the win. Galdino (4:13.80) would get the advantage on Vannerson (4:13.85) by an eyelash for the second qualifying position. 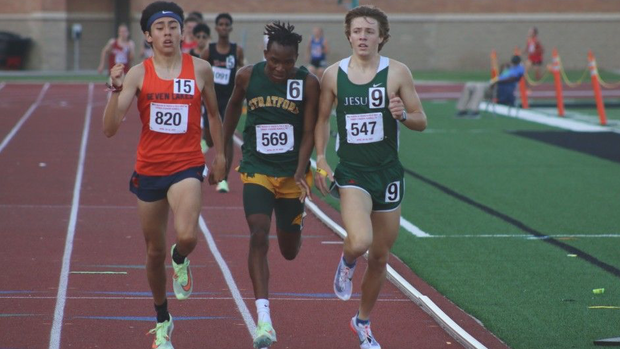 Photo finish at the Region 3-6A Championships