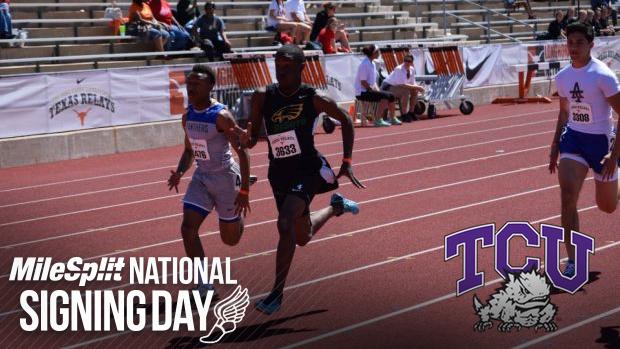 Trevin Chambers running the 100m dash at Texas Relays Photo By: Travis Miller
Sprint star Trevin Chambers announced Tuesday evening he's planning to attend Texas Christian University next fall. The Desoto senior is on both the 4x100 and 4x200m relay teams for the Eagles. Both relays had the 3rd fastest times in the country last year of 1:24.12 and 40.55. For a while they were U.S. #1 in both events as you can see in the interview below. The Eagles finished 6th at the State meet in the 4x100m relay.
DeSoto's 4x100m Relay team took 6th at state
Chambers said it was a long recruiting process but TCU has always been a dream school. "TCU has always been one of my dream schools and it was a blessing when they told me they were very interested in me," Chambers said. "They have always had an outstanding track and field program and what made it a bonus is two of my idols attend there."
Chambers said his two idols are Jalen Miller and Darrion Flowers. "These two guys are very unique," chambers explained. "They are very competitive on and off the track. They both show true determination to achieve their goals and will stop at nothing until they do. They have the best mindset. I couldn't ask for any better idols."
He says that he had the chance to run against Darrion all last year which was really cool. Having the opportunity
to train with them in the future he says is what's really going to be awesome. "I'm so ecstatic by it! I want to learn so much from them!! I want to know everything up to the most simplest things!" he said.
The Desoto squad has some big goals for this upcoming track season. Chambers says they're looking to break the national records in both the 4x100m and 4x200m, and win a state title for their community. "The goals I have set for my team are high but we WE CAN DO IT," he said.
He stressed the biggest thing is staying healthy to not only help his team achieve these goals but also his own personal goals. "Personally, my number one goal is truly to stay healthy, me and my team! Then next is run my goal time of a 20.6 and 10.2. My body is very well capable of doing it and I believe in my self," he said.
Other schools Chambers was looking into were LSU, OSU, UTEP, UIW, UNT, and ASU.

I'm Blessed to say that I have verbally committed to Texas Christian University #GoFrogs #TooColdU !! pic.twitter.com/Qlh9ykUbDH 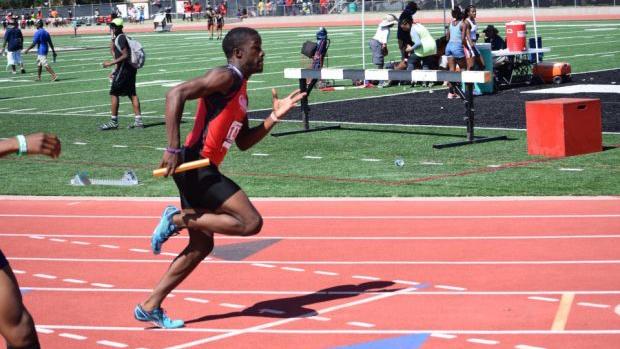