Who is Alex Maier? 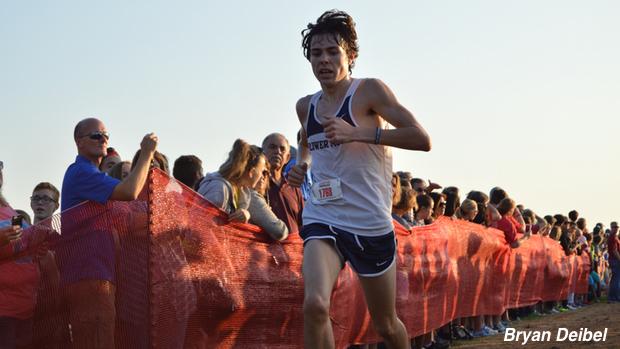 The easy answer to this is, Alex Maier is a sophomore from Flower Mound High school. Digging a little deeper into his stats, this could easily be the start of his breakout year. Based on our virtual meet preview which takes times from the season (2015 for this meet) Maier was only expected to finish 32nd. In an impressive showing, he placed 2nd only behind Southlake legend Reed Brown. That's right the same Reed Brown who won the NBNI mile last year, the same Reed Brown who placed 2nd in the Brooks PR Mile last spring and is the UIL 6A 3200m State champion and record holder with his time of 8:50.43. Maier only finished two seconds behind Brown and was with him most of the race. After the race, Brown did say he wasn't feeling his greatest during the race. He had a pushed back start to his XC base mileage training than normal due to a longer track season. However, that doesn't take away from Maier's performance in the slightest. Even last year with his time of 15:16.44 he would have finished 2nd on a slightly different course. Before this Maier's 5K cross country PR was only 16:15.40 from the Mansfield Invitational last year. Be sure to keep an eye on Maier this season, because if this race has any bearing on future races this sophomore is going to be one heck of a stud. Below are the rest of his PR's.