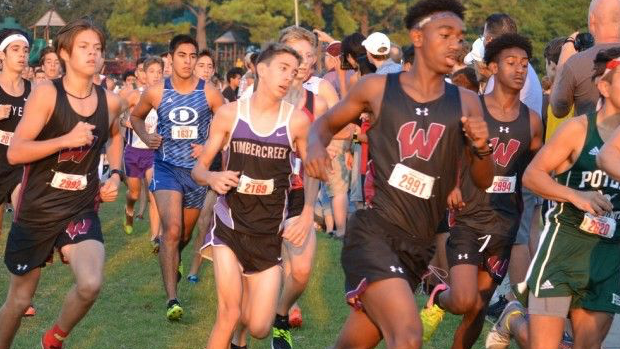 Prior to the UIL regional meets, we highlighted Wylie as one of our Sleeper Teams to Watch At Regionals. That weekend, Wylie took it to the 6A competition and the Mae Simmons Park course in Lubbock to the point that they snuck away with the fourth and final state meet qualifying spot.

Wylie has been good year all season long. From day one, they have impressed with their eye opening performance at the Marcus I Invitational. Even way back then, you could tell they were going to be competitive. That day, they finished in eighth place out of 41 teams and behind some awesome squads when they posted a 16:37 team average and a 35 second split.

Since then, they have progressed nicely leading up to this point. While they are not the traditional cross country team make up, they definitely have the team chemistry necessary to have pulled off the regional performance they did. Sophomore Dylan Pitts and freshman Luke Lambert who have both cracked sixteen flat a couple of times lead the way. Lambert's 15:52.80 has him ranked as the #5 freshman in the state and Pitts has quietly become the man, epecially with his regional race.

Junior Gardiner Aidan begins the next wave of Wylie scorers. Aidan came into the season with a 17:41.06 personal best time, but this season, he has showed off his off season improvement as he has only has one time this season that he has run in the seventeens with a midseason 17:11 Other than that, he has produced all 16 minute 5Ks.

The Abdellatif brothers bring in the unconventional part. Junior Samuel Abdellatif and his sophomore brother Shimeles Abdellatif joined the team this year for their first time running high school cross country. They came over from basketball and they are showing their anaerobic fitness transitioned over well. They aren't completely green to running as they ran track and cross in middle school. In fact, Samuel held all of the middle school's records until Lambert came along and replaced them with his middle school performances last year.

Sophomore Samuel Espinosa and junior Widner Hunter also make up the top seven for Wylie. Their spots  show just how much promise next year will bring for a Wylie squad that doesn't have a senior in their tight knight top seven. 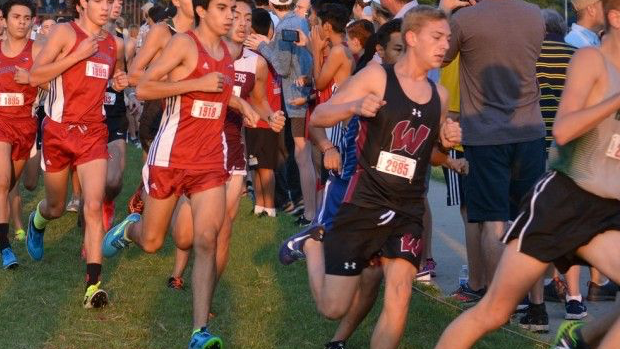 It's not quite time to look ahead to next year as this year isn't over just yet. These guys won the UIL UIL 6A - District 6 en rout to their big time regional performance and now after regionals they get to chase a trophy and award stand position in Round Rock.

At Regionals, Pitts put together a great race to lead the way for the team. He finished in 14th place at 15:22.47. Pitts was followed by the Abdellatifs as Samuel and Shimeles were close behind in 25th and 32nd place and both were 15:40 and 15:42. Gardiner and Espinosa both stepped up at regionals and it was definitely needed on this day. The team needed to be on it's A game to survive the Region of Doom. Everybody was on point except for Lambert who had an atypical performance. But, that's how cross country is. The trick is getting five to seven runners clicking all on the same day and is seldom done and that's why they run seven. Lamber was still good enough for an assist to help his squad get another opportunity at things.

This has been quite the year for Wylie. The team lived on and earned the opportunity to do it all again in Round Rock and they won't be going just for a leisurely trip. Now, I'm not saying Wylie will win a trophy this year, but take heed to my second warning....don't sleep on Wylie High!