At this weekend's UIL state meet, the East Bernard girls earned their third straight 3A girls state meet. They have classification for three straight years. This year, they won in dominating fashion by scoring 79 total points. Their 46 point differential from the second place team wrapped up just how well their three year reign has been.

The Brahmas didn't have that individual performance to get them a low point this year. They wod with a true team effort. The team average was only a 12:40. Where they won the meet was their 19 second split. When the East Bernard runners started coming in, they really started coming in until they were all out of competitors and it was over early. 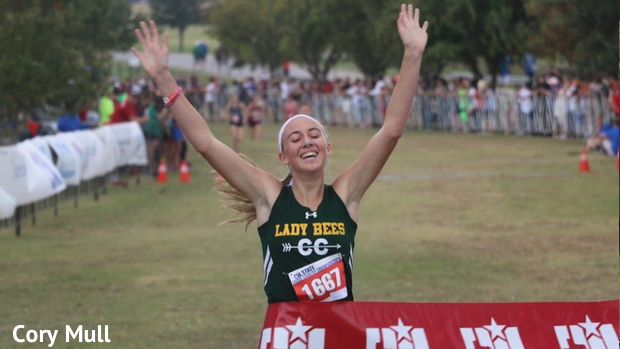 In the individual race, Little River Academy junior Jenna Brazeal ran away with the race. She was challenged by senior White Oak senior and 2014 state champion Cryslan Tucker. Brazeal and Tucker led eight girls under twelve minutes en route to their 1-2 finish.