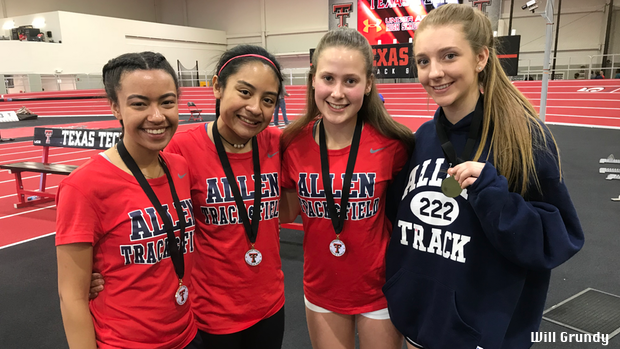 So, we all know who the big dawgs are in the state and who is favorite to challenge for a 2018 team state title.

The teams like DeSoto, McKinney North, Leonard, Manvel, Lake Ridge, Lancaster, The Woodlands, etc. of the state are expected to challenge, but here are the teams to watch out for:

Allen is a huge school, so they are never short of any athletes in any sport and their track team is no different. However, for Allen to make a challenge for a state title, they will have to go toe to toe with the big dawgs like DeSoto at the Region 1-6A meet.

As we saw last year at regionals, anything can happen. You never really know when you'll run, what the weather will be like, and who could sneak in and who could be upset as far as state qualifiers. Allen has a couple of girls that should definitely qualify like: Esther Ekeanyanwu, Tosin Alao, and Klaire Bentley. They could also get De'ja Dade as well as a relay or two to state. If so, they watch out for Allen.

Duncanville is in the same situation as Allen. They have several pieces that could make it, but they will have to battle the rest of the deep Region 1-6A. Duncanville's bread and butter is in some of the hottest events in the region like the 400m and the relays. Arius Williams and Dymond Wylie are both in prime position to score big point if they can survive the region. Now the Duncanville relays....they are top notch. They will be one of the few teams who can realistically think they can beat DeSoto. Last year, they ran 45.52, 1:35.94, and 3:40.15.

Aldine Eisenhower is in a little different situation than the Allen and Duncanville girls. Region 2-6A isn't as cluttered at the top, but it is still a deep region. Eisenhower had a very good season last year, but they just didn't put it all together at the regional meet. Chanelle Houston has the chance to qualify for and score at the state meet in both hurdle events and Darnee Williams could do the same in the sprints. They should definitely qualify the 4x100 and 4x200 relays.

TAPPS 6A has been a St. Agnes and Dallas Ursuline Academy party, but Argyle Liberty Christian has been competitive as well. This could be the year for Liberty Christian. In fact, it almost has to be "the year". An athlete like Elizabeth Reneau doesn't come around very often. She is just about a for sure 30 points on the board by herself. Then adding the rest of the group and the relays, they definitely have enough to compete again. Alex Davis and Izzy Hopkins should definitely score big points in the sprints. However, if they are to have any chance at a win, they'll have to get Allyson Jones and Erin Mahoney to get as many points as possible in the 400m and pole vault. 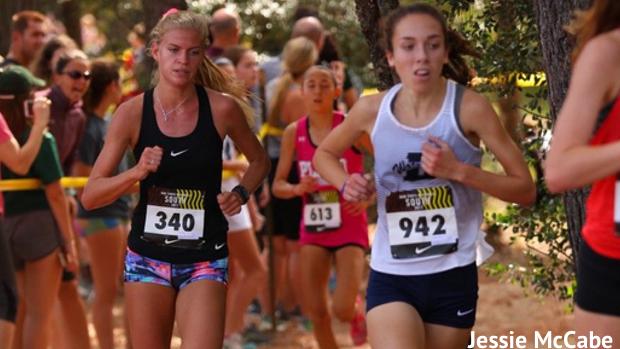 Yep, the Lady Buffalos are back! They never went anywhere, but the building blocks just took a couple of years to mature. When you think of Fort Bend Marshall, you already know they will run tough and they will be well coached. In their short indoor sample size, they showed that the 200m/400m will be their bread and butter. In order to qualify and score big points to challenge McKinney North, Mansfield Lake Ridge, and Lancaster they will have to split those Dallas area programs up to get major points in the relays in order to be a factor.

Port Arthur Memorial is in the same boat as Fort Bend Marshall. Their relays will have to step up and break up the top 5A programs. That will be easier said than done, but but they definitely have a shot. PA Memorial was a very young team last year and they ran their way to state and got the experience. That experience must now pay off and it must bleed into the open events. Winning all three relays at state would be a very good accomplishment for anybody, but it still wont be enough to beat out McKinney North , Mansfield Lake Ridge, and Lancaster for trophy spots as those teams will be represented all over the track and field.

#TrackTuesday
Did U know... in 2017, the Lady Titans 4x1 relay state finalists incl. 3 freshman & a sophomore?
Primed for more this season! pic.twitter.com/2FHL5yuhTK

The 4A girls team title is going to be a wide open race. Defending champions Dallas Carter could see graduation affect their ability to defend their title. They still have all-world Sha'Carri Richardson, so that could be 20 points on the board from the start, but relays will have to compliment her talents. That sound is the door opening wide! Liberty Elyau will always be a factor and their second place finish from last year should be a reminder that they will be in the hunt as always. The sleepers are they ladies from Brownwood, Texas. Brownwood will be led by two time 800m state meet qualifier Kyra Young. Young is one of the top 4A returners in the state in both the 400m and the 800m. She has help though and that is invaluable at state. Aleyia Cotton in the sprints and Trinity Buitron in the hurdles and the pole vault could also score big. Brownwood has a host of other state meet possibilities in which they could score points. Don't sleep on these ladies.

Breaking up the top two 6A teams The Woodlands and DeSoto will be a tough task. However, Langham Creek could be one team that could do it. They have the best hurdler in the world in Eric Edwards that could possible score 20 points alone. They could also get more points in the hurdles with Ahmad Young Jr. Young Jr. is a very good and underestimated 110 hurdler. The 6A state race could be one for the record books across all eight lanes, but if he can score those would be big point moving towards a title. Long jumper Golden Eke could also live up to his name. Eke has the best indoor jump in Texas with a 24-2 and that could turn into a gold medal. Eke can also triple jump and if he can qualify for state and score, watch out. Any relay action could push Langham Creek on the awards stand and maybe the top spot.

If you're sleeping on Strake Jesuit, you might want to wake up now! They have been to the state meet on a consistent basis in the pole vault, 4x400 relay, 1600m and 3200m, jumps, and the 400m. Those could be the exact events that get them back just all in the same year. If that is the case, one of those trophies could be heading to Southwest Houston in May. We saw Jesuit in the 4x400 during indoor season as they ran 3:17 the first weekend in January and that shows that they're a team to be reckoned with. Junior Matthew Boling qualified for state in both the long jump and the 400m last year. He went 23'11" and 47.38 but he can also high jump as he has a 6-7 PR. If Boling can qualify in all three, expect him to improve and score big for Strake Jesuit. Caleb Cavanaugh also has the chance to score major points in the 300H. The points could keep coming if senior Anton Horak can qualify and score in the pole vault.

Last year, they set the nation on fire with their performances at the UIL 5A state meet. But, they weren't able to top the mighty Manvel Mavericks for the team title. This may be their year. Winning is nothing new to Port Arthur Memorial, but they haven't captured a team title yet. This could be the year as they will definitely be one of the best coached teams at the state meet. Graduation hit PA Memorial just like it did just about every other 5A team from last year, but youth was good to them. Sophomore Ireon Brown could be the next big time sprinter in the long line of 200m specialists that have come through PA memorial. Xavier Hull will also be a force in the 200m as well as both jumps. Hull and fellow senior Jaquan Francois could lead Port Arthur to an even more memorable state meet if they can take the trophy back to east Texas. 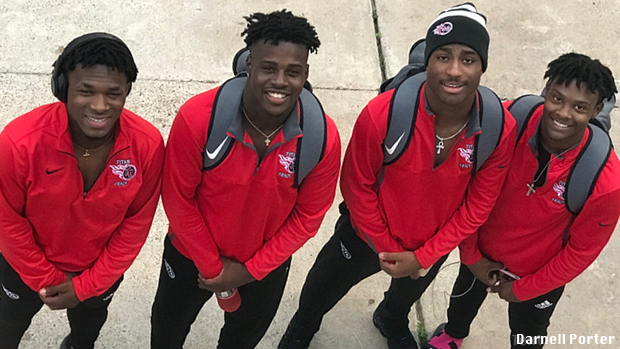 It was just a couple of years ago when the state meet was a Fort Bend Marshall party on both the girls and boys side. It could be that way again this year. We've already noted that the girls have a good enough squad to be considered dangerous. Well, the boys team is equipped as well. This year's Marshall boys team will be made up of some names not so familiar to everyone -- yet. Junior hurdler Dominick Houston Shepard could help lead the Buffalos back to the top of 5A. With the boys division being wide open it could be the right time for the BMF boys to move right back into a familiar position....at the top of 5A. For that to happen, the "babies" as Coach Banks refers to them will have to step up. The relay points and the sprints could be valuable spots for them to do what they do best. A lack of fortune in the health department derailed Marshall last year. We know they'll be one of the best prepared teams at state, we just need to see if they can qualify enough to the state meet to get a trophy.

The UIL 2A boys could see a new sheriff in town. New Deal's reign could be over and Valley View could be the team to do it. When you thing of Valley View, their distance program has to be where you'd think they could score big. Well, you'd be correct. Two of the three runners Luis Cardiel, Francisco Garcia and Eduardo Rico could score big points in the 3200m and 1600m. Cardiel and Garcia both placed last year at state in the 3200m and are some of the top returners from last year's race.That's not the end of the road though. The sprint and hurdle events could also be big hits for them. Clint Epperson (100m), Cale Kassen (110H and HJ), and Brady Jackson (200m and LJ) could all haul it in for Valley View. If their are clicking then things could be a lot different from last year's 9 point performance at state and could result in first place.