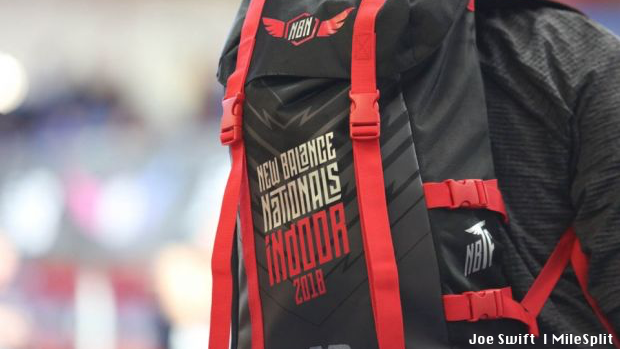 The nation's best indoor competitors showed up in New York City to compete for the title of the best indoor teams and individuals at the New Balance Nationals Indoor Chapionships (NBNI).

Texas send just a hand full of representatives to the meet, but boy did they represent. Texas athletes and coaches do some of the best jobs at preparing and being ready anywhere anytime.

Mansfield Lake Ridge All-American Jasmine Moore had quite the weekend. She first took third place in the girls long. Moore was going along with the competition when she popped a 20-5.25 on her next to last jump.

In the triple jump, she was head and shoulders better than the rest. She best the second place finisher by over an entire foot. Moore went 42-11.75 to win her second straight NBNI triple jump title. 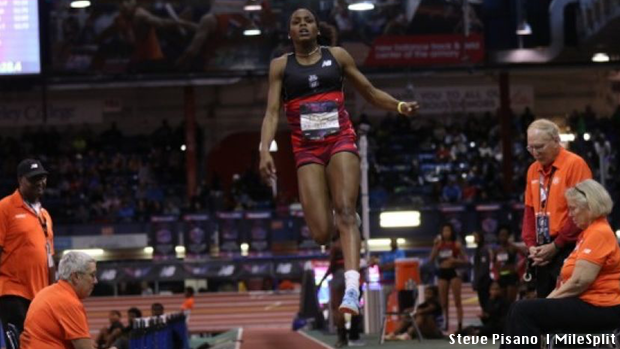 That wasn't it for Texas when it came to national champions. New Caney pole vaulter Nastassja Campbell went to NYC with the expectations of winning a title. She had been vaulting very well over the last couple of weeks during the Texas outdoor season.

The senior went 13-6 and 13-7 this season both for PRs showing that she is fit enough and has the momentum right now. Going to NBNI paid off as the was able to out vault some of the other girls who have had better indoor marks.

Clearing 13-6.25, which is an indoor PR gave her the title and the crown for the indoor championship. 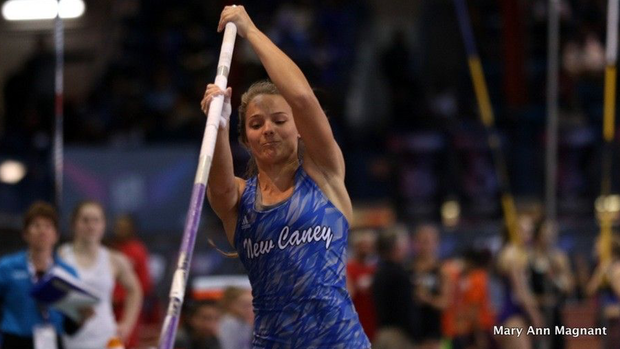 Campbell wasn't the only Texas stud vaulter at the NBNI competition. New Braunfels Canyon senior Olivia Buntin has also been in a groove of her own during the outdoor season. Buntin is undefeated on the outdoor season and in the last couple of weeks has gone 12-4 and 12-6 in the elements.

Her 12-1.25 win at Texas A&M High School Indoor Classic was the highlight of her indoor season -- until she got to NBNI. Buntin went out of her mind to vault 13-2.25 and a tie for second place with three other girls. Misses put her down to fourth place, but not without a medal and a gang of confidence and an All-American title to take for the rest of the season. 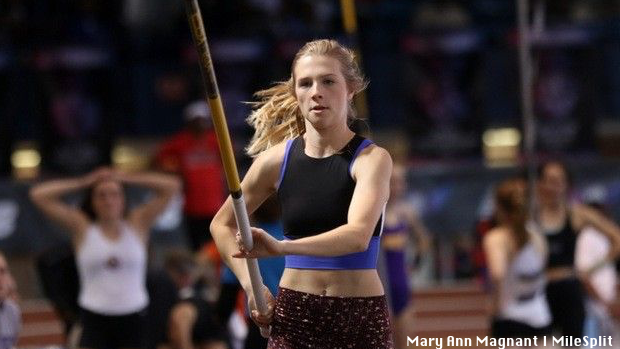 As with Buntin, there were other Texans who while the did not win national championships, they did come away with some top finishes and All-American status.
Hutto senior hurdler Devion Wilson definitely put the nation on notice. He continued to ride his impressive 2018 indoor season momentum to a top three finish at the NBNI.
Wilson ran a 7.90 in today's earlier semi finals to set himself up for a good finals spot. Later in the afternoon, he took advantage of things and came out with the 60H race of his lifetime in the finals finishing with a 7.82 PR. 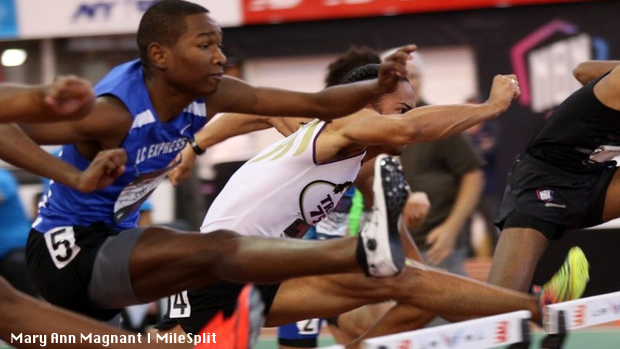 Hutto senior hurdler De'Vion Wilson #5 came away with a third place finish at NBNI
Kennedale junior sprinter Alexis Brown and Mansfield Lake Ridge senior Kelly Rowe are also coming home with All-American Honors. Brown took third in the girls 60m finals this afternoon. Her semi final race backed up her prelims as she ran 7.44 to stay consistent in the range of her prelim race. It was the finals though where Brown would bust loose and drop a 7.38 to earn the third place. 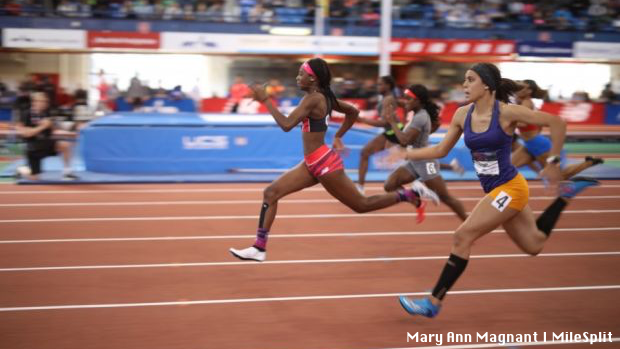 Kelly Rowe also had a successful weekend. She ended the day with a 7.54 semi final race to get her a spot in the final and then ran a 7.56 in the final to get her 8th place and All-American honors.

Mansfield Legacy senior sprinter Jais Smith ran his way to the boys 60m final with his 6.82 PR semi final race. He then followed that up with a 6.86 finals race for 9th place and All-American honors. 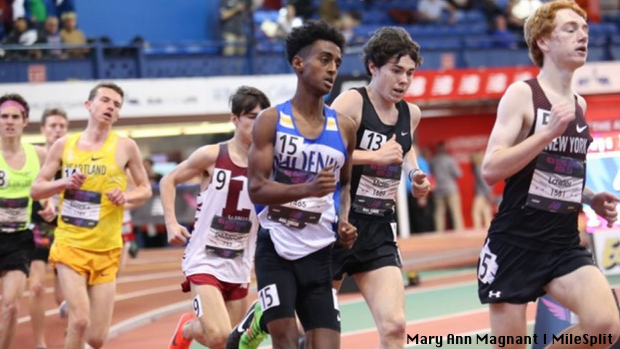 While Alex Maier may not be new to national level meets, he is new to indoors running. He may have found out that there is a big contrast to outdoors and cross country.

What we found out is that the Flower Mound junior distance runner Maier is still a grinder and can do the unexpected. He was able to still come away with a 7th place All-American finish and doing so in the unseeded heat. Maier posted an outstanding time by running a 9:07.10 indoor 2 mile.