On Friday evening, more finals action went down in Bloomington, Indiana at the USATF Junior Championships.

It turned out some good results for Texas athletes.

In the high jump, the Northwest Nelson graduate Sanaa Barnes was looking to bounce back from her second place finish at the 2018 UIL 6A high jump competition. Normally, placing second at the Texas UIL state track and field meet is an honor and most athletes would feel luck to do so.

However, Barnes isn't just some athlete. She is a top notch volleyball player and one of the nation's best high jumpers. Yeah, the girl is a heck of an athlete. In 2017, she won the UIL 6A state high jump competition and then she made Team USA for the Pan American championships. Now, she has redeemed that second place state performance with a second place USA Junior Championships and a trip to Finland on another USA team.

That's not it as Mansfield Lake Ridge senior to be Jasmine Moore continues to be the top jumper nationally. Moore who has dominated the triple jump not only in Texas but also nationally continued that dominance with a win today. She added to her legacy with a USATF Junior Championship jump of 43-4.25 in a wind legal reading of 0.6.
However, she didn't wait for the TJ. Moore's long jump has gotten better and she is showing a pattern of consistency in the LJ as she has with the TJ. She qualified for the team to Finland with a second place finish in the long jump with her 20-11.75 jump with just a mere 0.1 wind reading. Moore has been vocal about her long jump improvements all season long and now she has been rewarded for her hard work and attention to the event with a trip to Finand.

Texas A&M freshman Gabriel Oladipo had a true transition from high school to college as most freshmen do. He had some ups and down, but he went to Indiana for an attempt to continue his season. Today, he was looking to make another USA team. He had already been on two teams during his high school career and his shot put attempt for number three had fallen a little short. Nevertheless, he tossed a 61-3 on Saturday for 7th place. However, Sunday was his specialty event -- the discus. Oladipo would take advantage of his best event and throw a competition best 200-7 on his next to last throw. He was sitting in second position, which was a team qualifying spot, but he wanted more and he got it. 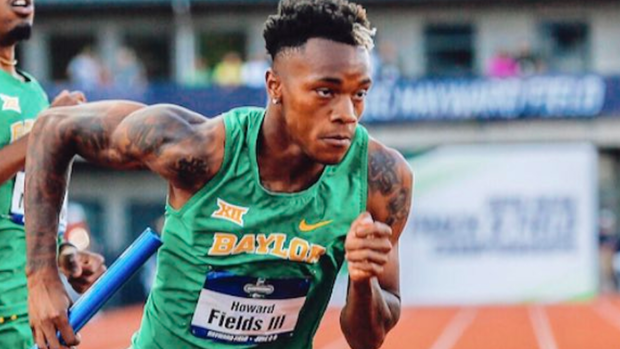 Baylor freshman Howard (Trey) Fields III has never made a USA team. Either injury, disqualification, or just not attempting something has always kept Fields from making a team. That was the past. Today, Fields brought that drought to an end. He did it in PR fashion as he ran a personal best of 45.50 for the win. Just a week after earning NCAA All-American status in the 4x400 relay, he earned himself the honor of a Team USA berth and an opportunity to represent his country in Finland. 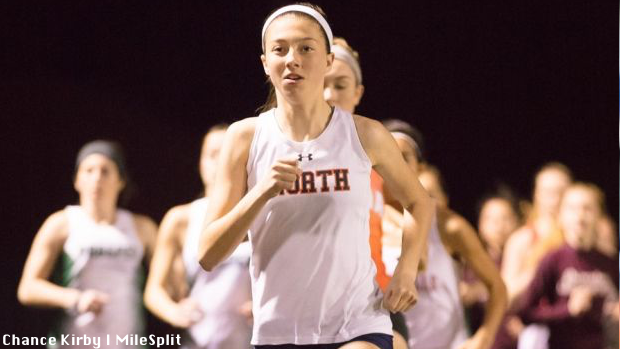 McKinney North sophomore London Culbreath also had a great performance in the 3K. Culbreath, who has won six UIL 5A state titles, finished second with a 9:36.77 3K and she was able to run nearly a flawless race. She had run in the lead or top three for the entire race and she brought home a strong finish. Culbreath closed the final 800m in 2:23.