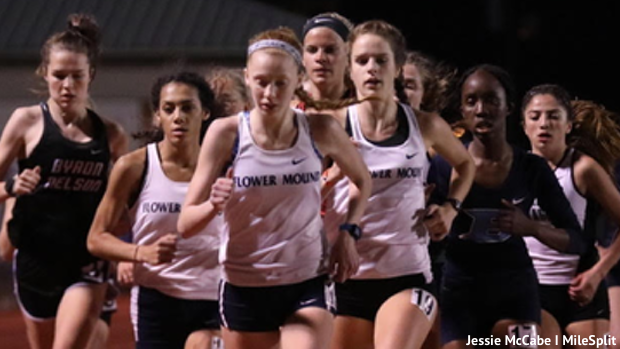 Last year, Flower Mound made last minute travel plan adjustments and diverted their original plans of running at McNeil to eventually end up in The Woodlands for the Nike South Invitational.

The meet results ended up being pretty good.

The girls team won the meet with 81 points, a 19:03 5K team average, and a 1:25 1-5 split. That was with a sixth place finishing contribution from their All-State senior leader Laura Fairchild.

Fairchild has graduated, but this year, the Lady Jaguars could be in for a repeat performance. In fact, they could produce an even better performance.

This year's team is currently the best team in the state and they just might be even better than last year's squad. They graduated their leader from last year, but they welcomed a freshman (Natalie Cook) who has been leading them. Flower Mound is currently running ahead of last year's pace with an approximate 18:46 average and a 1:25 split. The split is skewed a little bit with Cook's impressive running and her 17:47 PR. The rest of the squad is running well also with their impressive 3-6 runners. The 3-5 runners are all within a range of one second of one another at any given race and the six is just 16 seconds behind. 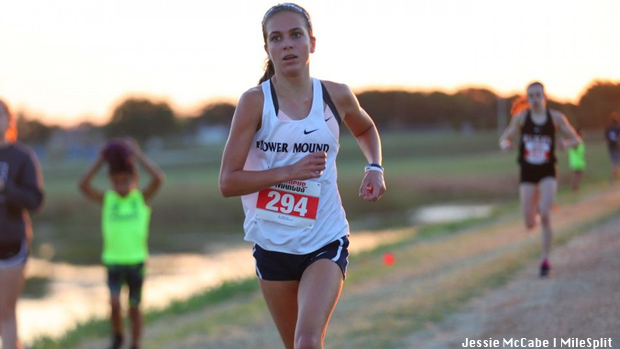 The Flower Mound girls can not only absolutely repeat last years performance, but they could potentially dominate on Saturday. They can possibly pull off a 1-5 sweep earning them a perfect score.

On the boys side, they Jaguars didn't quite have the same success as the girls did.

While they did win the NSR South race a few moths later, they only managed to finish in third place overall as a team.

However, as with the girls team this year, they are the number one team in the state.

The Jags are stronger and better than the team that qualified for NXN and they are in a good position for a state championship and another trip to Portland. 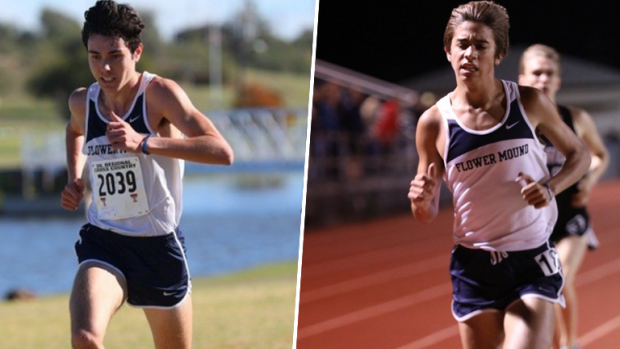 They have a good shot at repeating their 1-2 finish this year. They do have a real challenger with 2017 UIL 6A 3200m state champion Ryan Schoppe slated to run. Schoppe is currently the #1 runner in Texas with his 15:09 that he ran three weeks ago.

Kirk is currently ranked #5 in the state with his 15:20 SB and Maier is #7 with a 15:27 SB. Both guys ran their bests in their first and only real race of the season, September 1 at Marcus I Invitational.

One thing is for sure, both Flower Mound squads are having a heck of a season and they both have that potential to repeat last year's success or improve on it at the Nike South Invitation.