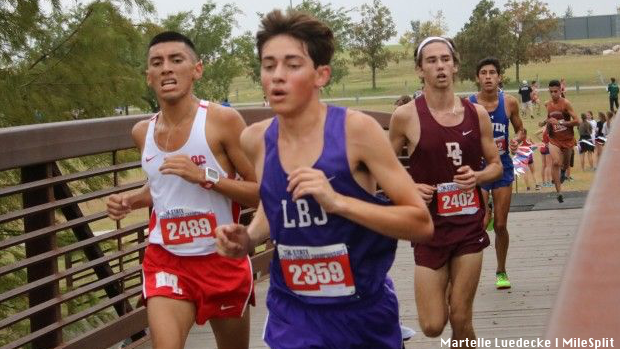 The UIL state meet is never a let down. There is always the build up and always plenty of drama. Speaking of drama, the UIL redistricting has provided an effect that brings team and individual race drama to the forefront.

Each class was affected and this weekend's meet will show the what the move up or down for the teams and individuals provides.

Aside from that, there is the usual drama and questions that arise year after year. We are accustomed to seeing Southlake Carroll (SLC) girls and boys in the hunt for the team championships. We are also used to seeing The Woodlands (TWHS) boys in the mix. This was thought to possibly be a down year for both SLC teams and TWHS boys. As we are at the focus point of the season, those teams have themselves right in the mix when it was thought they'd be on the outside.

Then there are the streaks. The 2A girls and boys, 3A girls and boys, 4A girls and boys, and the 5A boys, and 6A girls and boys team races have teams who are shooting for three, four, five, and yes even the ninth consecutive state title. Luling's streak of eight is just days away from being number nine if they will be able to follow through with the rest of the better part of a decade of Luling team's accomplishments. However, this season has shown that each and every one of those streaks have serious challenges to coming to an end this weekend.

This meet will be eventful and entertaining.

Find out what are the ten most burning questions of the state meet.