Steven Quintanilla is your 2A boys champion. pic.twitter.com/0D8rUfJC3p

Great Hearts Monte Vista put together one of the finest performances of the meet as they blew away the competition with a 40 point performance edging out the next closest team by 55 points. They were lead by Duncan Naylor's 15:49 and gave the countdown city some gold to place next to all the NBA trophies they have. In the individual race, Steven Quintanilla was not satisfied scoring two touchdowns as his athletic accomplishment for the weekend as he decided to add a third state title to his resume as well. His post football shakeout? Seven hours in a car. 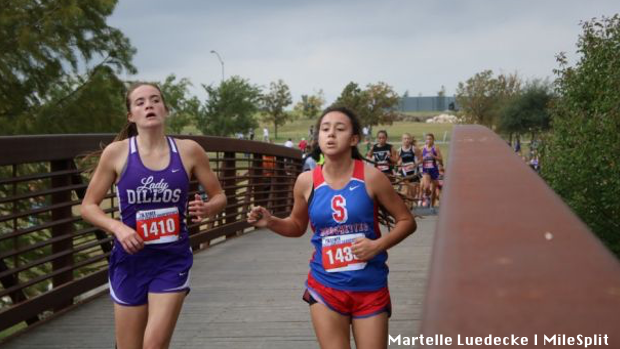 On the girl's side, San Saba won in dominating fashion as they took down perennial contender Sundown. Freshman Kyla Kane of Wellington took the individual win as she cruised to an 11:42 victory.