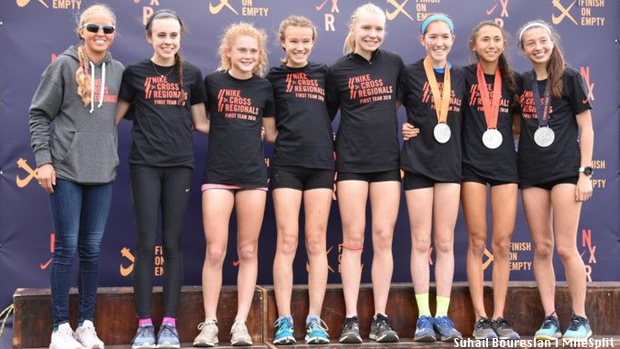 The teams and individuals that ran the best this weekend will represent the South region at the Nike Cross Nationals (NXN) next month.

We have outlined girls who will be heading to NXN on December 1, 2018 to compete for All-American honors. 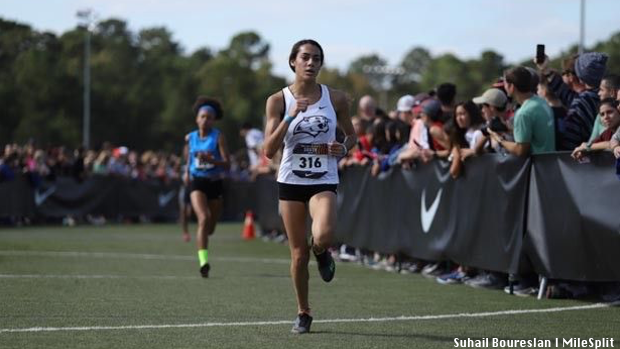 The Flower Mound girls have been consistent from day one. They ended their race season within the Texas borders with a win in The Woodlands.

The FM girls went for a 19:19 average totaling 87 points for the win. They were led by their #1 and #2 girls, freshman Natalie Cook and senior Anastaysia Davis. The Jaguar top duo led the team with their 10th and 11th place overall finishes.

Freshman Allison Buemi also stepped up big with her 23rd place finish. Hanna McLaughlin and Allie Lyda finished big time on the back end of the scorers.

Heading into NXR South, Flower Mound had several big time victories including with Marcus 1, district, Region 1, and a second place at state. 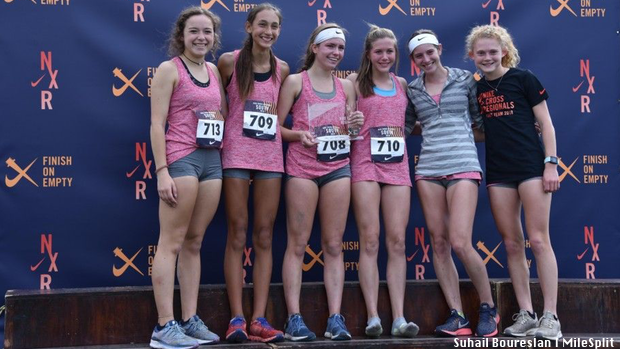 The Prosper girls NXR South charge was led by their #1 runner all season long in freshman Aubrey O'connell. The youngster ran an outstanding race as she finished in sixth place overall. O'Connell has proved to be a low stick for the team since day one and has done so consistently all season long. She got help from junior Tatum Castillo and Alexis Svoboda who finished in the top 30 overall and scored sub 20 points each in the team standings.

Prosper is heading into NXN with possibly one of the youngest team in the field. This weekend's top seven runners were comprised of one senior, one junior, two sophomores, and three freshmen. They will take a season full of ups including big team wins at McNeil, district, and regionals. With those wins, add a third place finish at state and Saturday's NXR South second.

First every appearance at NXN for Prosper. 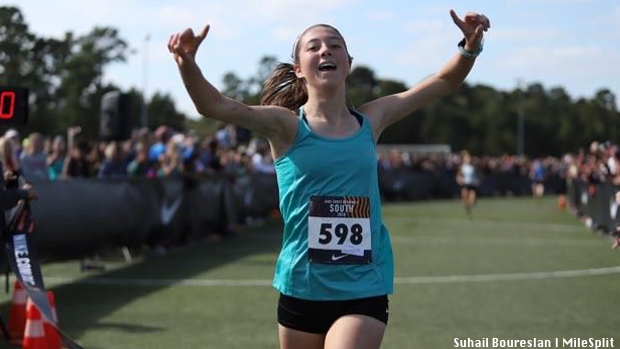 Culbreath continued her dominance of undefeated races. Her only defeats came at national level meets on both the track and cross country courses.

Adding her third set of wins at the UIL 5A state meet and NXR South, the McKinney North junior has been preparing for this post season since day one. Looking for redemption or an improved finish to her 2017 season, the best distance runner in Texas proved this season she can run with the best.

Culbreath ran impressively against college girls earlier in the season and then torched the competition throughout the rest of the season. She is heading to the Northwest on a roll. 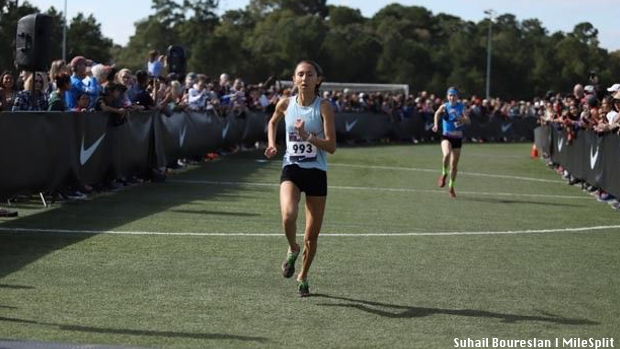 Plano senior, Ashlyn Hillyard is also on a roll. Her 2018 season has been just as impressive as anyone's. She has yet to lose to anyone this season not named London Culbreath.

In those loses, she was able to drop two dandy races with a 16:51.70 at McNeil and a her second place at NXR South where she ran with the 3 time champ for much of the race.

Hillyard added the regional title and the 6A state meet title in just a matter of weeks. 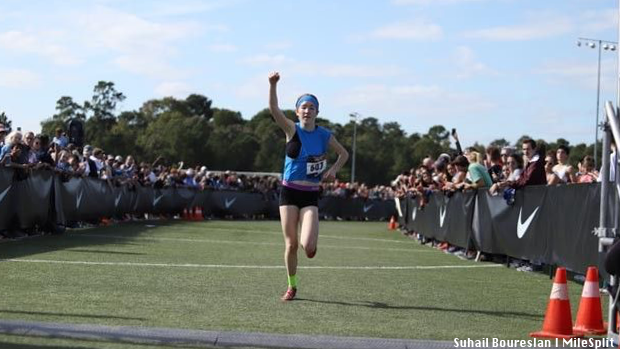 Montgomery senior Allison Wilson hit the national level scene last Fall when she qualified for NXN. This season has been a progressive one for Wilson as she has gotten faster in the races that have mattered.

Wilson ran a heck of a race at the Woodbridge Cross Country Classic earlier this year in Norco, California with her 16:39.10 3 mile PR.

When she returned to Texas, she did nothing but impress. She was third at McNeil behind Culbreath and Hillyard as she ran 17:09.36. She followed up with district and regional wins and a second place 5A state meet performance.

Her third place finish behind Culbreath and Hillyard once again solidified her second straight trip to NXN. The University of Alabama signee will look to improve on last year's positive NXN run. 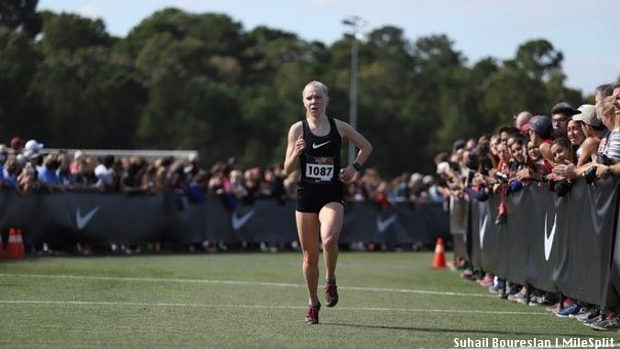 We documented Brynn Brown's brush with a near career ending injury. She survived that and survived the season and the competition.

In fact, she did more than survive. The Denton Guyer sophomore put in the time, effort, and personal sacrifice of her long time love of soccer to advance in this sport. In result, things have truly paid off for Brown this season.

Her aggressive running style has enabled her to drop four sub 17:00 races this year and run to one of the top spots nationally in her class.

The end of this season has been the totally different that last year's. Last season, she had to skip running the state meet and end her season a little early to heal and rehab. This season, she won the toughest region in the state, placed second in her first state meet, and has now qualified for NXN. 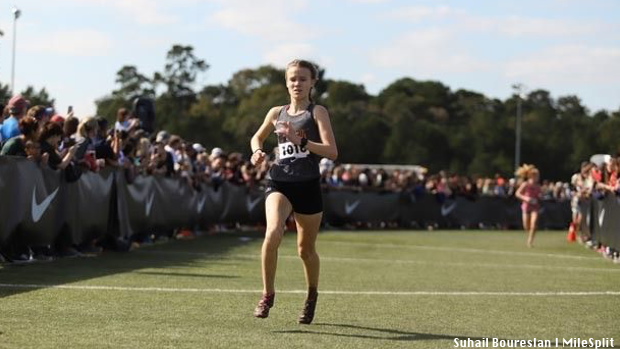 The Katy Cinco Ranch sophomore is another top national runner in her class. Neilson dazzled fans last last season when she finally got started.

Hurricane Harvey delayed her high school career by nearly a month. However, there was no stopping this Cougar runner when things got rolling. Nielson earned All-State honors in both cross and track as a freshman dropping some elite times in several distances and events along the way. She eventually qualified for the Foot Locker Nationals last year.

This year, was much more of a quiet start for different reasons. Nielson hasn't really blazed the courses as we saw last year, but she has still been nearly as unbeatable.

She cruised through this season showing she was one of the best runners in the Houston metropolitan area. For the second straight season, she racked up district and regional wins in route to the state meet where she was fourth for the second year.

This season, she was in the top 5 individual spots at NXR South and punched her qualifying ticket to NXN, where she will get one more chance to really show how good she in this 2018 season.