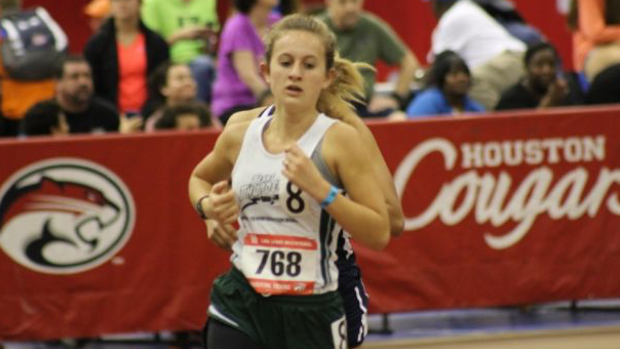 What effects will the new banked track have on the Carl Lewis Invitational?

At one time, the meet was one of the best high school track and field events nationally and turned out the highest, farthest, and fastest indoor high school performances in the country.

Still to this day, the meet showcases a lot of the top talent the State of Texas has to offer in the sport.

Over time, another big meet nationally, that happens to have one of the best facilities in the nation has been scheduled the same weekend with, in the Arkansas High School Invitational.

The numbers at the meet have decreased over the years. The top notch banked track in Arkansas began to draw a large number of Dallas area athletes and even some Houston area athletes, which bolstered their meet at the expense of the meet in Houston.

The University of Houston To Install Banked Indoor Track

Never more, said the Raven! There is no longer a need for Texans to leave the state for facility reasons.

Now, the University of Houston can boast a banked track of their own. The facility will also add more spectator seating to accommodate the large crowds it is known for. This may begin to attract the athletes who have elected to travel to Arkansas.

Houston's Track now makes three banked 200m tracks in the state of Texas. Teams and athletes in the state can compete at Texas A&M, Houston, and Texas Tech for an indoor circuit and never have to leave the state.

The Fastest Straight Away In The World

With the new track replacing the former surface at Houston, the curves and surface will make a faster track. But, will that be at the expense of the "Fastest Straight Away In The World?" The Mondo track used to be known for the outstandingly fast times it would produce attracting the fastest and most well known sprinters across the globe.

The new straight will be in the center of the track, but will it be as fast as the previous track? Will it live up to the "Fastest Straight Away In The World?"

Only time will tell, but one thing is for sure, the track as a whole will yield gains for the 200m and events over.

The tight and unbanked turns of the former track would make sprinting through them at high speed a difficult task. Runners would often have to slow down to take the curves and then speed up for the finishes.

This weekend, the University of Houston will host the 2019 Carl Lewis High School Invitational. With a new track and soon to be new modifications to the facility, It could be the new beginning of getting back to it's old self and throwing down some of the best indoor performances in the nation!

One thing is for sure, the track is no longer a reason not to compete at the one of the best meets in the nation!