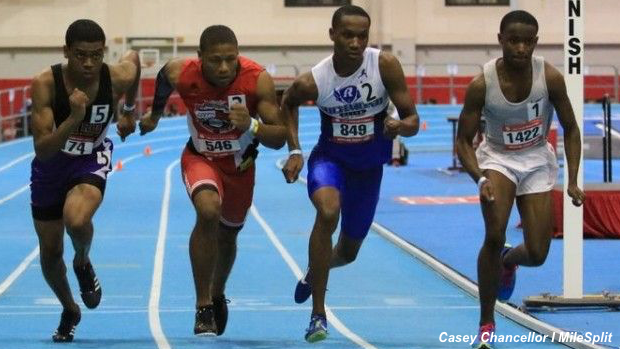 This weekend, we saw some big time half mile running. This weekend was the first time this year the open 800m distance was competed.

It was clear 800m runners were ready to debut in their primary event by the way they ran. There were four 2:00 and under boys times with two 1:57s and four 2:20s and under including a whopping 2:11!

Check out the top four races of the weekend.

Marble Falls sophomore Bailey Goggans is the defending UIL 5A girls state champion in the 800m. She showed her fitness and confidence in in mid season form as she dropped the third fastest time in the nation with her 2:11.15.
DeSoto junior Rachel Anderson put together a strong second half of the race to win her 800m heat at Arkansas. Anderson picked off the leader on the third lap and never looked back on her way to a 2;18.49 and the second best time in the state.

Foster senior Collin Williams has displayed his speed in the open 400m and the 4x200 relay over the last two weeks. However, when it came down to his main event, he showed out. He led Carl Lewis Inv. 800m from the beginning to the end. He finished with a state leading 1:57.56.

Amarillo senior Cooper Newsome travelled a long way to Arkansas to get a chance to race. He did not hold back in his performance and did not disappoint. Newsome took out hard and fast from the start in his rac and was awarded with a TX #2 1:57.68.